The Detail Review – The Devil is in the Details

Take a dash of The Wire, add a few tablespoons of Telltale type gaming, a big blob of digital narrative navigation guided comic books, and bake in a generous helping of crime noir tropes. That recipe will give you Rival Games’, The Detail.

This is far more an interactive story than a game but to give Rival Games credit, the story and the look of the game make it a worthy diversion. The game has a Sin City comic book/movie style aesthetic look to it with animated characters instead of live actors merged to the environment. Players get to further the story line by a point and click type interface that gives a thin illusion of control but you will quickly realize that your options are limited and there is really only one path that will further the narrative.

“The Detail hooks you in with its story, not its gameplay.”

The Detail works hard to keep the game fresh by having you alternate between three characters; the world-weary Detective Reginald Moore, a reformed criminal Joe Miller, and rookie cop Katelyn Hayes. The game play mechanics remain the same no matter which character you play but each character brings a different emotional vibe to the proceedings.

The game starts out in stark black and white with the discovery of a body sprawled across some railroad tracks. Early indications are that it is a drug deal gone bad but as is de rigueur the initial crime is a tip of the crime syndicate crime wave iceberg. Once the investigation starts color comes into the game and Rival Games is to be applauded for the visual style of the game. Settings pop with vibrant colors and are structured to emphasize the mood of a dark, dangerous, and seedy city. 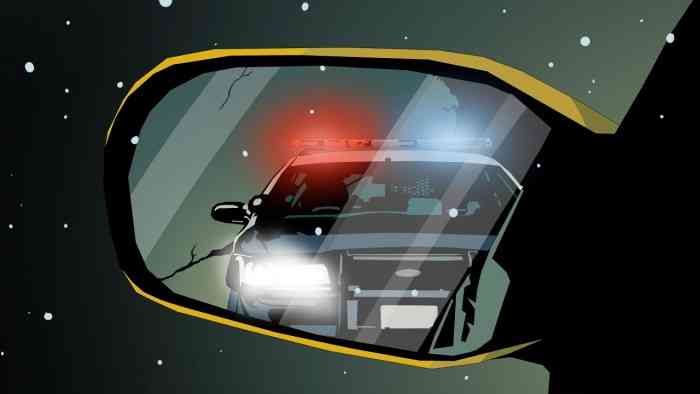 Another benefit of switching between characters is that it keeps the player off-balance, never sure if they are proceeding properly and catching all the necessary clues. The story is fairly intricate and further makes the player question his grasp on the game by making the evidence run contrary to character alliances and corruption.

The Detail hooks you in with its story, not its gameplay. The game does a great job of building up atmosphere even though it dips into the trope well a bit too often and deeply. Sexual abuse is overused as a shorthand to demonstrate how nasty a character is. As mentioned, the gameplay is very limited and repeat playthroughs quickly demonstrated just how shallow player choices are and how there are no consequences attached to them.

“When it comes to crafting a game that stands out from the rest, the devil is in the details, and that is what Rival Games needs to add to their next game.”

The Detail consists of three episodes and it took eighteen months from the release of the game to get the final episode.  Understandable, but a momentum killer for early buyers, that it would take the Finnish developer that much time to release their first game. As an indie developer, budget constraints make their way known in several ways. First up the art style, while distinctive, is a bit erratic at times. Most of the backgrounds are static in nature and the animation – especially the ones for walking – are rough around the edges. Character designs are solid if not a bit clichéd. For instance, Detective Moore is balding, mustached, and exhibits a pot belly. For some angles, he bears more than a passing resemblance to Dr. Phil which I found hilarious.

There are no audio options and no spoken dialogue and most noticeable – zero sound effects. That last one is a big immersion breaker. No doubt budget constraints forced the developer to pump up the writing which is always a good thing. 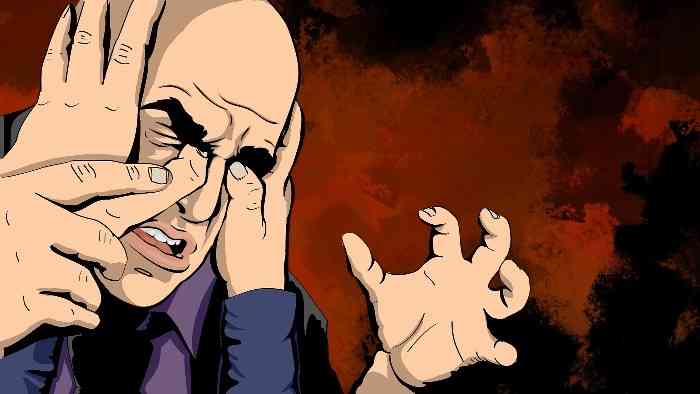 Each episode will give you an hour or so of gameplay but the crunch to get the third episode out is most noticeable. The game rushes to reach the end which sours the experience slightly, leaving the player with an undercooked taste.

Rival Games deserves to be applauded for their first game. Here’s to hoping The Detail does well enough for them to do another game and apply the lessons learned with the next project. When it comes to crafting a game that stands out from the rest, the devil is in the details, and that is what Rival Games needs to add to their next game.