The Banner Saga 2 Review – The Dredge Strike Back

Sequels are almost as likely as taxes and roadwork in the modern world, but are perhaps more treacherous than either. When something is successful, the pressure to repeat that success and improve upon it is often crushing, and can result in the franchise crashing and burning (see bad sequel 1, bad sequel 2). The Banner Saga was one of the most unique and satisfying strategy games of 2015, sporting gorgeous art, mature themes, and consequence based gameplay that made each decision borderline excruciating. In short, it was pretty great. The Banner Saga 2 picks up right where the original left off – does it up the ante enough, or does it live in that special hell reserved for awful sequels? 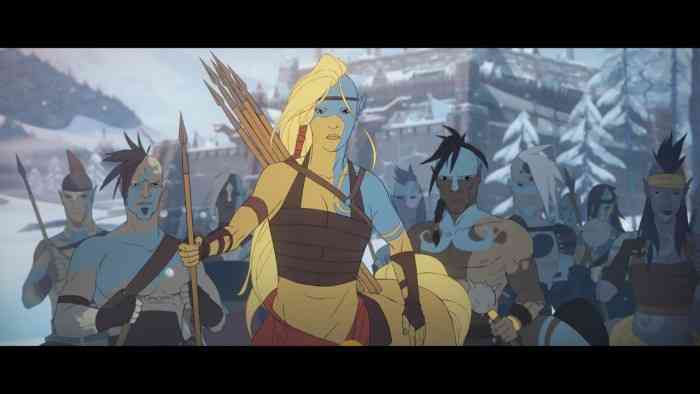 *Spoilers for The Banner Saga below*

Having dealt a massive blow to the enemy at a devastating price, the caravan lead by either Rook or Alette struggles to maintain positivity in a world being slowly overrun by the Dredge. The journey down the river is arduous, with enough twists and turns to keep even the most jaded gamers engaged. Your choices, levels, and heroes will carry over into the second game, a refreshing reality given most sequels’ tendency to somehow reset your progress. Though the story and experience of the first game is pretty much integral to The Banner Saga 2, you can start the game without a completed save, and it didn’t seem to affect much during my testing.

The challenging, tactical, and brutal combat from the first game returns here, augmented in a few intriguing ways. Most important are the diversity of win conditions in The Banner Saga 2. Where previously battles required you to completely wipe out the other side, new objectives like clearing obstacles or taking out the enemy leader make for a more unpredictable game. That’s definitely a good thing, and makes the game’s permanence come into play more often. Sacrificing a character for the good of the group is tough, and I often found myself humming and hawing about difficult situations. Equally entertaining are the new training scenarios, which have very specific success metrics, and provide extra renown when completed. In all, the chess-like nature of the combat holds up extremely well, and lends itself very well to repeated playthroughs. 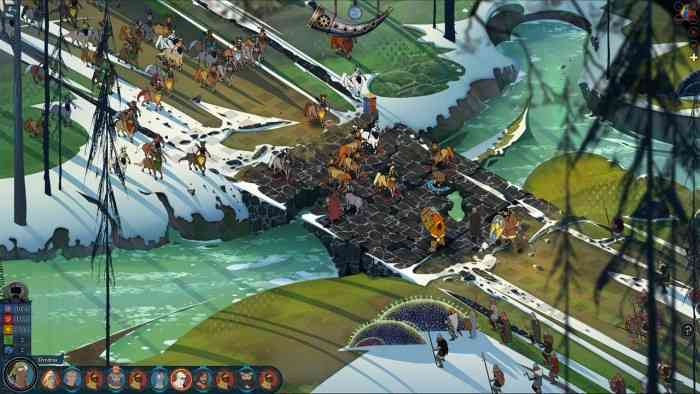 Character advancement is enhanced here as well. The new level 10 cap brings with it a host of new ‘talents’. Though they cost an arm and a leg in renown, they’re absolutely indispensable in late game encounters, often capable of completely reversing your fortune in a single turn. Of course, like any good sequel, there is a brand new race – the Horseborn – and several new varieties of creatures and humans in the world. It’s very much a more-of-the-same approach, so temper your expectations if you desired massive overhauls.

“The most compelling aspect of The Banner Saga – in my eyes at least – is managing the caravan.”

The most compelling aspect of The Banner Saga – in my eyes at least – is managing the caravan. The well written and interesting dialogues between characters are well worth delving into, though the lack of voice acting is somewhat of a drawback. Can you drum up enough allies and conserve enough resources to safely complete the journey? That’s completely up to you, and the decision making in the game is hardly ever black and white. The shades of grey (at least 50 of them) in The Banner Saga 2 drive attachment to the characters, with their relationships becoming extremely meaningful by the journey’s end. 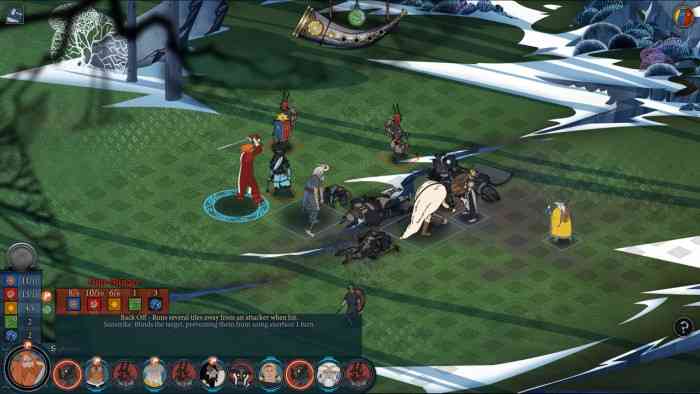 Art is the real home run in The Banner Saga 2. The hand drawn characters and environments are absolutely stunning, looking like an old Disney movie in motion, and begging to be gawked at. Equally riveting is the score, which provides an atmosphere and vibe that deserve to be marvelled.

The Banner Saga 2 picks up where the original left off, telling a stirring and engaging 2nd chapter of a hero’s tale. While very much an extension of the previous title, there are several welcome enhancements that should put the game on the radar of any serious turn-based fan.

*Reviewed on Xbox One via Games with Gold* 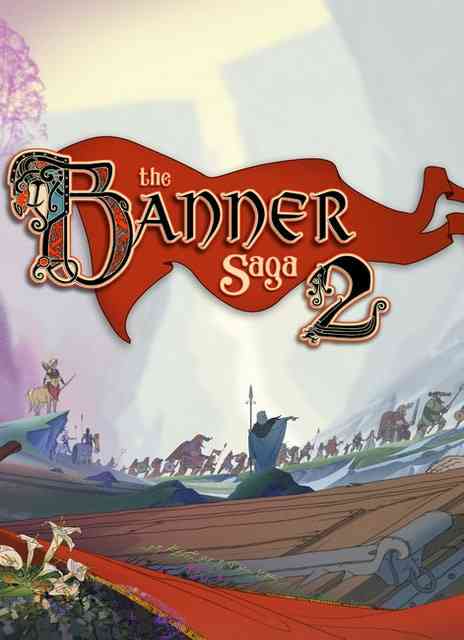 The Banner Saga 2 Review – A Perfect Fit on Switch

The Banner Saga 2 Is a Journey on a Journey, Thanks to Nintendo Switch
Next Headlander Review – Double Fine and Adult Swim Build a Winner
Previous Riptide GP: Renegade Review – Arcade Racer Makes A Splash