Independent developer Stoic is back to conclude their critically-acclaimed series with The Banner Saga 3. Following its 2014 debut, players have had years to appreciate the hand-drawn, turn-based strategy experience. The arrival of the latest installment lets publishers Versus Evil and 505 Games bring us the definitive set. Today, they’ve announced The Banner Saga Trilogy. 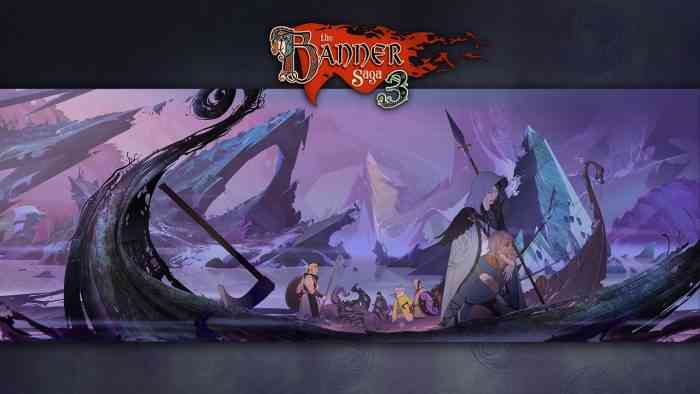 Every Banner Saga title comes with the same hand-painted art style and storytelling overflow. You follow the highs and lows of a Nomadic Viking people, guiding their journey and dictating their actions in turn-based combat. Any choices players make in the first two games will carry over in the third. Part of the series’ captivation is the consequences of choices.

At launch, there will be three digital versions of The Banner Saga 3. Standard will be available for the cost of $24.99 / £18.74 / €24.99. Deluxe Edition, which will carry the official soundtrack, digital wallpaper, world map and the ‘Gold Wasp’ in-game item, will be available for $29.99 / £22.49 /€29.99. Unsurprisingly, the Legendary Edition comes with everything in Deluxe, in addition to in-game items: the Shadow Walker’ Heroic Title, the ‘Petrie Clan Ring’ exclusive legendary item and digital novel ‘Gift of Hadrborg.’

If you’ve yet to play any of the games by Stoic, you can pick up The Banner Saga Trilogy today; that’s all three games for one price. The Trilogy Edition will arrive tomorrow for Xbox One and PS4. Alternatively, if you want to experience the game on the go, you’ll have to wait until September 21st to play the Nintendo Switch version. It’s also worth noting that physical copies of The Banner Saga Trilogy: Bonus Edition will be available tomorrow, July 27, for Xbox One and PlayStation 4. $39.99 gets you all three games alongside a mini art book, a poster, a soundtrack, and an in-game item. Whatever your thoughts going in, our own Jake Hill had some positive things to say in COGconnected’s review:

“For the uninitiated: The Banner Saga is a unique trilogy of story-driven strategy games. You will make choices, and they will matter. You will command troops on a grid a la Final Fantasy Tactics or XCom. And you will feel your breath taken away by the stylish old-school animation style. The third and final entry in the trilogy picks up immediately where the last one left off, it incorporates your choices from your previous save files and it takes you to the end. You shouldn’t start with part three, but you should definitely play it. There’s nothing quite like it.”