Many video games release in an unfinished state, only to be patched later. Due to the litany of issues that first plague titles, players tend to aim their frustration at the creators and villainize developers. BitNine Studios have taken this concept and built a fascinating adventure with tERRORbane which in equal parts, parodies and pays homage to the industry.

tERRORbane instantly demolishes the fourth wall with its hilarious introduction. Similar to many 16-bit era RPGs, the game starts with a long scrolling text sequence that sets up the elaborate narrative that you’ll embark upon. As the plot snails up the screen, a skip option constantly flashes beneath. If you succumb to temptation the developer interjects and berates you for your sheer disrespect to the creator’s vision. This is where the game’s real narrative exists. Passionate for the craft but an obnoxious imbecile, you must overcome many bugs that linger within to help the developer in his quest to create the perfect game.

While titles such as South Park: The Stick of Truth and Tales From The Borderlands manage to perfectly infuse comedy with the medium, many games have tried and failed. Fortunately, this is where tERRORbane excels. Even though the jokes are thick and fast, they constantly land to make the moment-to-moment gameplay a joy. Conversations with ‘The Dev’ are a highlight as he comments on tropes and tries to fix the numerous bugs you encounter. Due to how self-aware it is, the game is able to litter a ton of video game and pop-culture references throughout. From Metal Gear Solid to Monty Python, a nudge and a wink is given to huge franchises which adds further personality to the adventure.

Glitches fester in the world and you must overcome these to progress. While these aren’t particularly challenging, they do make you think outside of the box. In one instance you must solve a basic sliding box puzzle, however, as the coding is messed up, it is impossible to complete in its traditional format. Due to this, you basically need to break the game by finding other methods to reach the objective. While this is perfectly implemented and executed, the concept wasn’t used enough throughout the game’s short runtime. 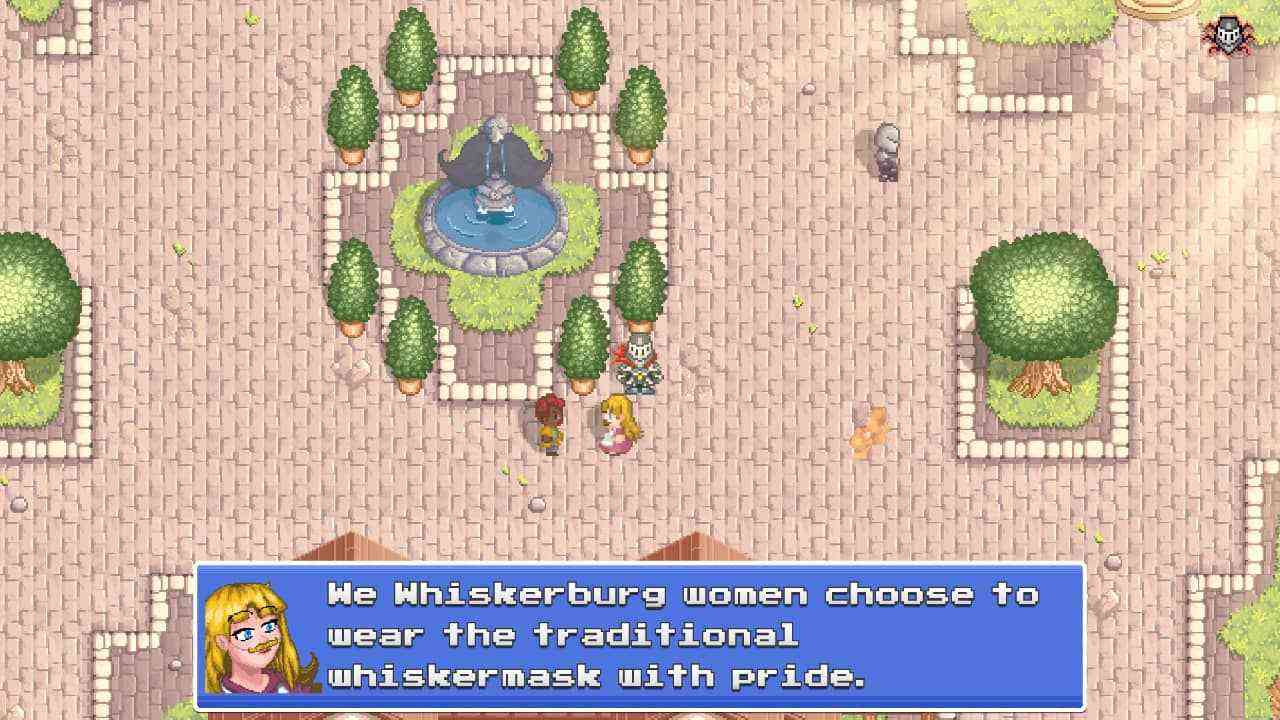 Exploration is a joy as secrets lie in each area. With the handy feature list, you can keep track of all the aspects still left to uncover which gives the incentive to revisit areas. NPCs inhabit the environment and give personality to the familiar-looking environments. Discussions with the townsfolk are always interesting and will keep you chuckling throughout,

As you trek through the kingdom, you will need to slay foes that stand in your way. Each encounter is absurd and varies massively. On a surface level, it may look like a traditional RPG but in reality, it is very different. Enemies alter the code for each battle, due to this, you may need to quickly press button prompts in one fight and chase the spotlight in another. Although failure will present you with the game over screen, you will not lose any progress. This does lower the stakes of these quickfire battles but doesn’t hinder the enjoyment.

Segments continue to change throughout tERRORbane. From stealth to ski jumps, the game continually offers surprises that will bemuse and amuse. New mechanics are not overused which helps the game feel fresh for the duration. Alas, it is too short. As things get going, you quickly reach the finale. Even though there are some branching paths that can be revisited through warp zones, it still leaves you wanting more. 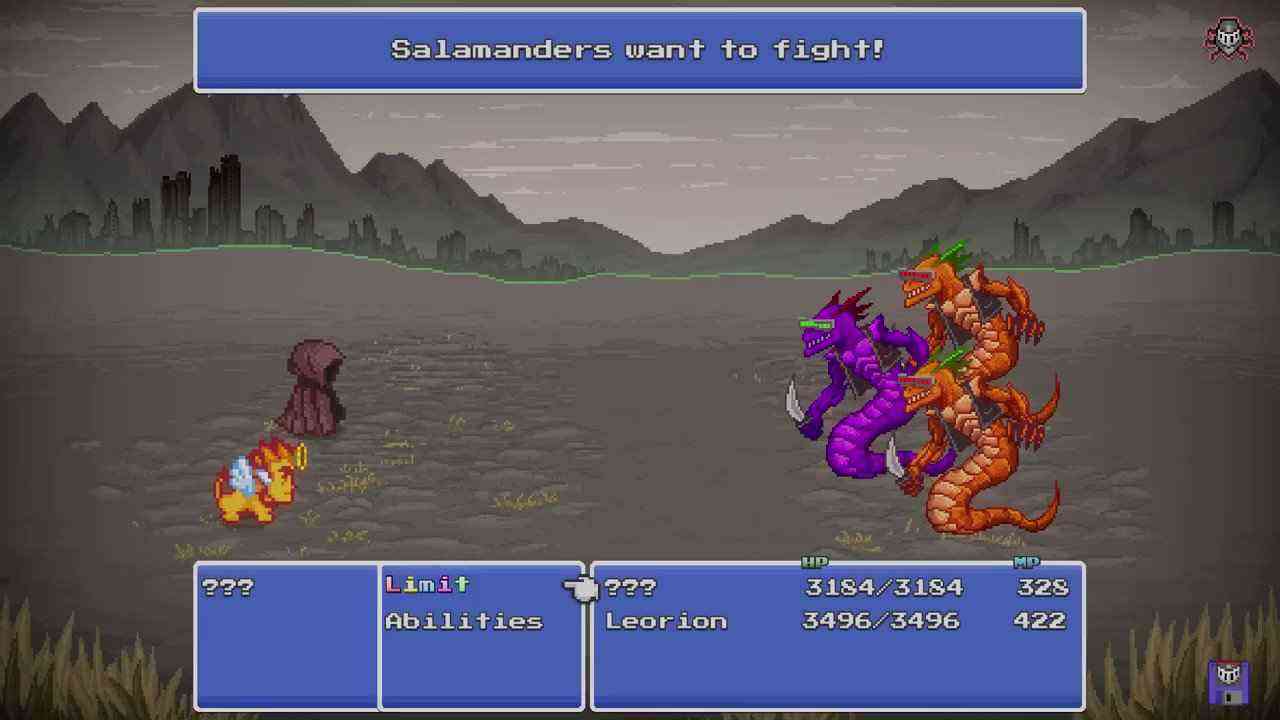 Aesthetically, the game follows conventions with its pixel sprites and commonplace locations. However, BitNine Studios still manages to capture the feeling of nostalgia and wonder due to its nonsensical nature that imbues the world. Glitches vary in their effect and appearance. Some are huge, breaking the environment whereas others are subtle, only affecting the visuals. The implementation of these is fantastic and helps to anchor the theme. The audio follows suit, with catchy melodies and sound bites that reference the era. While most of the game is text-based, ‘The Dev’ is fully voice acted further distancing itself from the embedded narrative.

tERRORbane is goofy and great. Throughout, you’ll be pleasantly surprised by the swerve balls in gameplay and plot. It’s genuinely funny with a bunch of laugh-out-loud memorable moments. Unfortunately, this enthralling adventure is over a little soon but you can revisit areas to discover all the secrets. Packed with ingenuity, BitNine Studios have really put itself on the map with this gem. 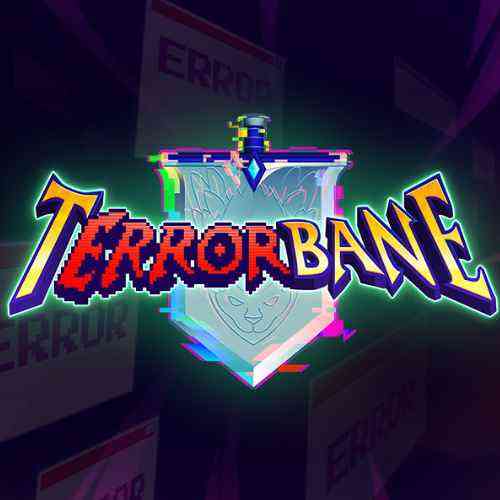