Strain Tactics is a top-down real-time strategy game which has a real uphill battle against it. Many people are going to be turned off by the interface and difficult controls. But if you’re willing to take the time to learn them there is a surprisingly deep game available. It really comes down to whether or not it is worth that effort.

Strain Tactics is an interesting game. It feels a lot like a real-time version of X-Com with more of an emphasis on fast-paced squad controls instead of the more cerebral turn-based combat of the latter. You can simulate this using the pause controls, but it really is built to be played in real time. However, if you play in real-time, the issues with the UI and controls really compound. It is extremely hard to be precise with your orders while dealing with the interface and being attacked at the same time. Having the option to pause was nice, but I think it all might have played smoother in a turn-based structure.

“I spent more time trying to navigate the menus and controls necessary to equip the items than I did trying to figure out my character’s loadout.”

The presentation is quite nice and does a good job fleshing out the world. There are tons of items and characters which create a lot of variety in your squad. Ultimately this is why some players will love Strain – it has a ton of depth. Sadly, this depth comes at the price of complexity, which makes it nearly impenetrable at first. At the start of the game, you are given one squad member and a couple of tables with different items to load them out with. I spent more time trying to navigate the menus and controls necessary to equip the items than I did trying to figure out my character’s loadout. In the end, I went with the one that fit in the slots given because I couldn’t figure out the item swapping system. The depth was there immediately, but it was completely out of my reach. 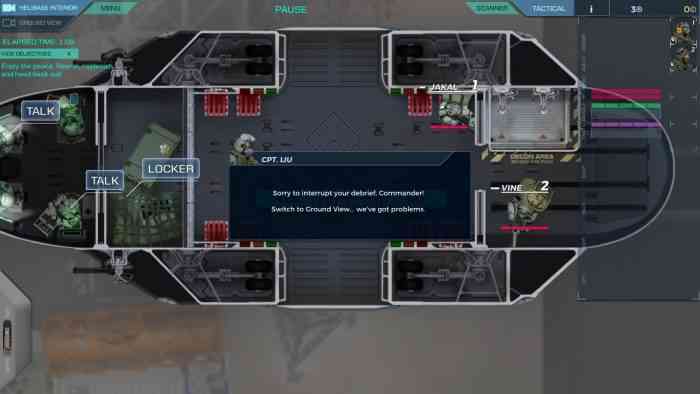 This complexity gets in the way during combat as well. The game has tons of options, lots of items to pick up and environmental obstacles, but when they stack together, it is extremely hard to be precise. On the first combat mission, I lost two units trying to grab a mission critical item because it was sitting too close to a fire. The first got scared and backed into it effectively burning himself to death, and the second simply pathed into the fire while returning because the corridor wasn’t wide enough. Because the characters have some reactions outside of your control and the controls themselves (being drag and drop based) are not terribly precise, getting your squad to do what you want is often a chore. It takes a lot of time to get used to this.

“I left my two soldiers who burned to death behind, I couldn’t be bothered.”

For players willing to invest the time needed to master the clunky controls and interface, Strain Tactics can be very rewarding. The combat is fast paced and tactical and there is a lot of variety in missions. The story is simple but engaging and the depth of squad customization is impressive. It is not for everyone though.

There are gamers who won’t just like Strain Tactics, they will love it! However, just as many will be turned off by its controls and UI. Which camp you fall into depends on your answer to this question. Would you revive your cloned soldier if it meant taking an extra 15 minutes to fumble with multiple interfaces and slow inaccurate controls? I left my two soldiers who burned to death behind, I couldn’t be bothered. Maybe you’re different. 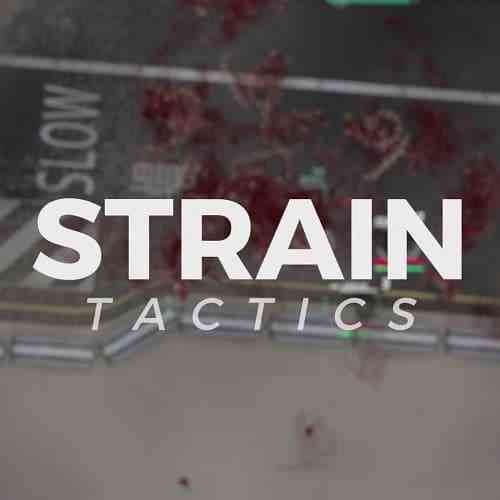