Strafe Review – The Gibs of Our Fathers

Strafe is a rogue-like FPS that calls you back to the golden age of 90s shooters. An age when speed was the key to survival and death was around every corner. Unlike the shooters of yore, Strafe keeps you guessing by switching the stage layouts up every run. No rote memorization allowed here. It’s a mechanic that’s meant to feel fresh but sometimes gets real frustrating. This game successfully captures that nostalgic feeling of wanting to break your keyboard in half because that shot should’ve connected, damn it. It’s a feeling that makes you want to go back again and again until you’re a monster-killing savant with lightning reflexes. The shooters of old were a heady blend of agony and ecstasy, a formula that Strafe has perfected and distilled.

If you’ve got a history with games like Doom, Quake or Unreal Tournament, Strafe will feel intimately familiar. The pace of every encounter is blistering from the beginning. Make no mistake: you’re expected to know your shooters like old friends if you expect to survive this game. The tips and tricks of days gone by are essential tools here. The move for which the game is named comes in particularly handy, but you’ve got to keep your wits about you. I found death came much quicker when I panicked. Shots that I normally made with ease went wild, leaving wrench-wielding gluttons free to cave in my skull. Strafe takes great delight in catching you off guard. Any attempts to proceed with caution were met with surprise attacks by whole squads of monsters. It feels like all walls are just waiting to be doors, holding back tidal waves of gnashing teeth and plasma blasts. 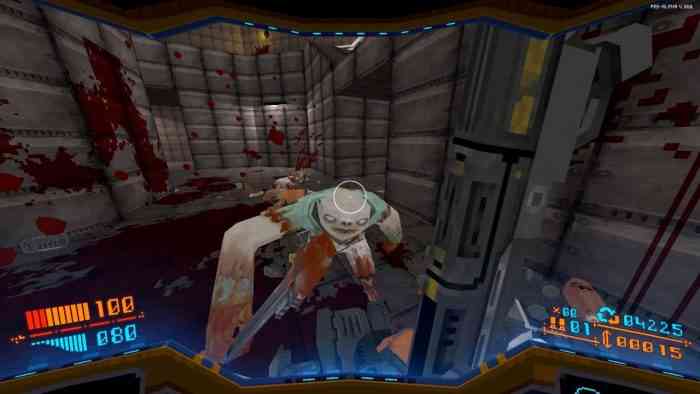 Let’s take a moment to really appreciate the audio in this game. The soundtrack is a perfect blend of energetic and eerie. The opening level lurches from calm into abject horror with a lopsided rhythm that immediately puts you off-center. The sound effects are terrible, but in that loving way that takes you back in time. The sound of monsters off screen howling with rage. Footsteps getting ever closer from above, or maybe behind you. Laser blasts cutting through flesh and bone. All of it feels like a time capsule spilled open and strewn across a keyboard.

“The soundtrack is a perfect blend of energetic and eerie.”

The controls are another trip in time. This is the first time in decades where I’ve felt more comfortable using the mouse and keyboard than I did using the controller. You can just get such peerless precision, such perfect shots, that there’s nothing like that. All of this is for naught if the weapon you’re using isn’t as accurate as your aim. The long-range laser I settled into is sometimes able to pick the head off a glutton from three rooms away. Other times I’ll miss from less than three feet. I emptied a whole clip into the ground because the micro-movements I was making were causing wild swings in every direction. Great at long range, terrible up close. All of the weapons are like this. They work for very specific situations. Unfortunately, you’re only able to grab one at the start, and it’s the only one you ever find ammo for. If you pick up other guns along the way, they’re one-shot deals. You empty the clip and they’re useless. If nothing else, this lets you get very good with one gun in particular.

You know what I’m getting really tired of? Procedurally-generated roguelikes. I can remember a time when you couldn’t save in video games. When you had one shot at glory, and you had to practice over and over again to get good enough to take that shot and win. Beating games in those days required incredible amounts of dedication and patience. Beating those games was a monumental achievement worthy of praise and accolades throughout the schoolyard. We left that archaic nonsense in the past, and I just can’t wait until we do so again. I like being able to save my progress. I like taking a breather and feeling like my efforts weren’t in vain. I like starting over at the beginning of the level when I die, as opposed to the beginning of the game. Maybe it wouldn’t even be so bad if Strafe didn’t feel so cheap sometimes. I slogged and shot my way through a really tough level, I got to the end with a tiny portion of my health and armor. I felt a moment’s relief as I traveled upwards to the next stage. Then, I was immediately murdered by four guys who rushed the elevator doors. Well, maybe I’ll have better luck on the next run.

“Strafe takes great delight in catching you off guard.”

Gamers thrive on a sense of accomplishment. We love that feeling like we’ve done something, even if it’s just an illusion spun up by the game we’re playing. We love collecting stuff, upgrading stuff, clearing levels, finishing quests and finding secrets. Strafe dangles all that in front of your face, then cruelly whisks it away when you die. And you will die. Over and over again, you will die. Maybe you’ll get better, faster, more responsive to the various threats that assault you. Maybe you’ll learn all the tricks and strategies needed to steamroll most enemies like target practice at a gun range. This still won’t help you when you round a corner and get ganked by some goddamned sentry the second before you reload. Then you get to watch the blood stream down your screen before you start the whole ordeal over again. Perhaps this masochistic dance will light a flame in your heart. You’ll think to yourself, “Finally! A game with some real challenge!” To you, I say good luck, godspeed and always be reloading. You’ll run out of health long before you run out of ammo. 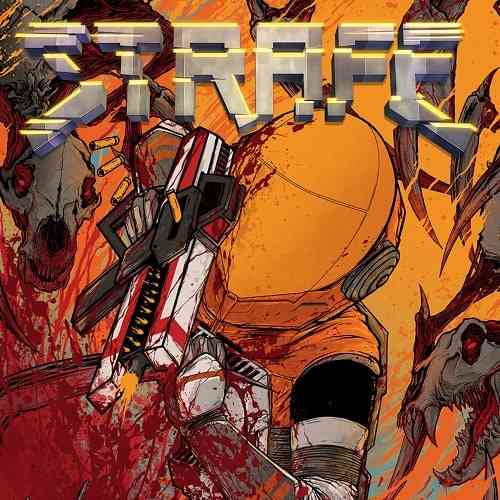