Stellaris Utopia DLC Review – All Systems Go In This Expansion

Just under a year ago, Paradox Interactive released Stellaris – an interstellar 4X game that shone brightly despite its mid-game grind. At the time, Stellaris’ living galaxies were genuinely captivating, leading me to question my motives when typically I wouldn’t think twice about brutally slaughtering some puny civilization. A year on, Stellaris Utopia – the first major content DLC – has arrived alongside version 1.5 of the base game. To be honest, the upgrades make the original release look like a game of Hungry Hungry Hippos (pssst, that’s a good thing).

Stellaris has been evolving since release including overhauls to diplomacy, combat, and resource management along with a colony ship full of creature comforts. It’s too much to cover here, so I’m going to focus on what’s new in version 1.5 and Stellaris Utopia specifically.

Civilizations can now have civics – high-level belief systems that drastically modify the lives of citizens but require a certain ethical underpinning. Each of the buffs has value depending on your play style, whether that be a militaristic focus or a more peaceful one. The system helps fill in the gray areas between some of the more brutish styles of play and allows an incredible amount of fine tuning when starting your empire off.

Don’t like the gray areas? Just become the Borg via the hive mind belief system, where happiness doesn’t exist. It’s a unique spin on the standard play style that throws another option at your feet.

That flexibility is a running theme throughout update 1.5 and the Stellaris Utopia expansion. The new unity systems and traditions allow you to carefully nudge your society in a variety of directions, again providing an infinitely branching number of paths your empire might take. Games like this really are endlessly replayable, and Stellaris is one of the most addictive I’ve encountered. 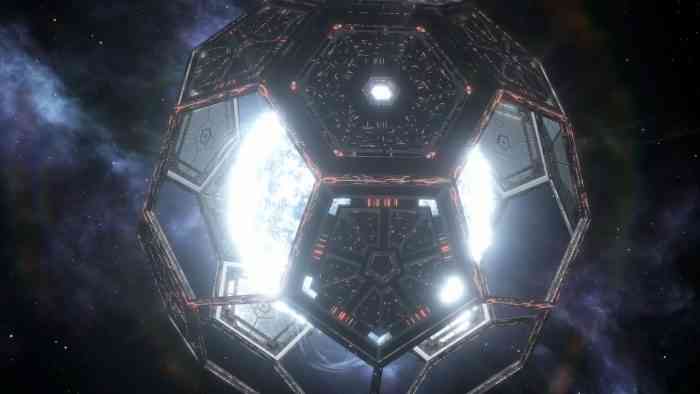 Completing any of trees under traditions grants an ascension perk. These are huge, game changing bonuses or unlocks that can tilt the galaxy in your favor. I grew pretty attached to building space station habitats, which allowed me to turn lousy habitable worlds roll into sprawling galactic dominance. It also includes the really cool things futurists like to think about like Dyson Spheres and Ring Worlds.

Citizens and species’ have been upgraded too, and this is the first place I really noticed the Utopia content shining through. Civil unrest is now a concern, as factions can spread their influence and press their agendas forward (just like real politics!). Unlike real life though, you can deal with pesky populations by mercilessly subjugating them. Decided you don’t really like those mushroom people you conquered? Process them into food or use them as livestock. It’s a bit dark, no doubt, but mushroom people are the sworn enemies of frog people, and so such measures can easily be deemed necessary. 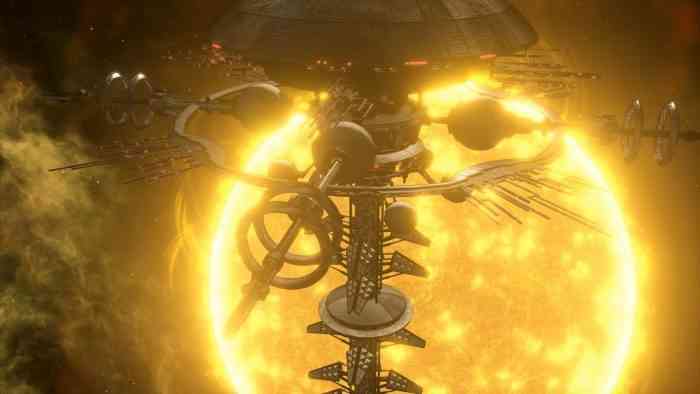 The downsides that existed in the base game are still here though – the most annoying of which is the midgame lull and grind. Almost every game I’ve played in Stellaris has one, where there isn’t much expansion left to be done, and you’re not quite strong enough to take on your neighbors. That said, it’s easy to speed through these times, bang out some technology, and get back to the fun stuff – interacting with the other civilizations in the galaxy.

Thankfully, the game still looks and sounds fantastic, with gorgeous space scenes, cool designs, and a compelling soundtrack that rarely gets in the way of the game itself.

If you’re an existing Stellaris player, the Utopia expansion opens up a bunch of options that didn’t exist before and is well worth the investment. If you haven’t jumped on the stellar bandwagon yet – there’s no better time. Stellaris is a very strong space strategy game that has flown a bit under the radar, and anyone who enjoys games like Civilization or Masters of Orion will likely be quite taken by Stellaris. 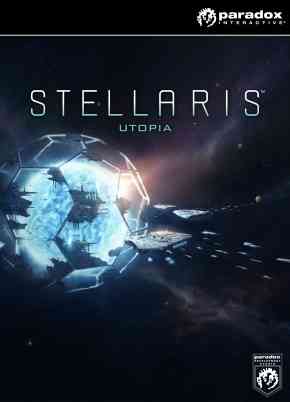