Shock Tactics is a turn-based strategy game that takes place in a very alien sci-fi setting. Players follow a merry band of adventurers that seek to survive hostile environments and uncover the mysteries of the ‘New World’. And while the plot may sound a bit cliché, it’s surprisingly interesting and constantly teases what’s to come, keeping the player on their toes. Shock Tactics features your standard turn-based gameplay but its emphasis on story is what separates it from other games in the genre.

The sci-fi adventure features a simple set of controls that have you twisting the camera in all directions and praying that your shots hit their targets. Players use a set of Action Points that are tracked separately for each soldier to hide in cover and take out enemies who come in both alien and human form. It’s nice to be able to switch between squad members on the fly in order to save one from certain death or maneuver towards a set of enemies to grab their attention.

Shock Tactics is a lot like Firaxis’ X-COM with the ability to build bases, customize soldiers, and craft weapons that add a layer of personality to the battlefield. It never reaches the heights that X-COM is able to, but that sense of ownership is always better than fighting with a band of nobodies that don’t really matter to the player. Higher powered weapons are a huge increase from the weak, but competent, rifles the players starts with and the battles get larger in size as your band grows.

“Visually, Shock Tactics looks downright gorgeous at times with a slew of energy and rifle fire zapping across the screen.”

The game throws in side objectives for the player to complete that keeps things interesting and provides an added challenge. The through-line throughout the entire game seems to be one that consistently encourages the player – whether that’s through its higher difficulties, side objectives, or its tantalizing plot that teases what’s to come. I felt encouraged and motivated to get to the next mission and it almost felt like another Firaxis game, Civilization, in its ‘one more turn’ style.

On the audio side, the sound effects and score fit the sci-fi setting, but the voice-acting and dialogue aren’t realistic enough to pull me in and care. If you’re just there for the gameplay though, there are some terrific sounding weapons that have a real kick to them, even when they miss a 75% chance target. Visually, Shock Tactics looks downright gorgeous at times with a slew of energy and rifle fire zapping across the screen. And although the combat arenas are designed well, heading outside of them isn’t such an appealing experience with stretches of bland environments as far as the eye can see. What is there is a valiant effort, but with more of a focus on its world, Shock Tactics could have stood out from its competition. 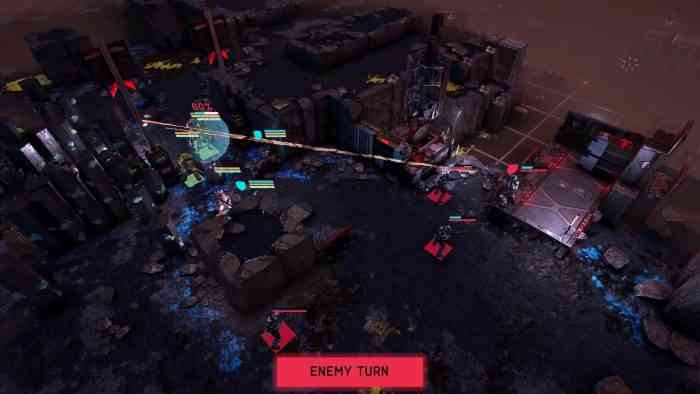 However, where it lacks in visuals it makes up for in story. The game does this brilliant thing where it constantly narrates the happenings of the story to push the plot forward, but it does it in a way that also informs the player of the objective. Coming up to a new revelation will share additional plot details as well as point the player towards the next objective seamlessly. Being told, in the past tense, that your crew defeated a camp of enemies just as you spot a camp of enemies is a brilliant way to both tell a story and spur the player on, particularly in a strategy game. It all just flows together instead of becoming a disjointed experience between the gameplay and the story that many strategy games, unfortunately, turn into by telling a story in the mission briefing and then letting it go during the actual gameplay.

“More focus on exploration would have set Shock Tactics apart, but what is there is enough to warrant a playthrough.”

For the most part, Shock Tactics is a solid strategy game that takes inspiration from a plethora of titles but is steeped in a unique world with Prometheus-like vibes. Its superb ability to weave gameplay and story together through its narration keeps the game going and environments have a unique look to them. Strategizing with multiple team members as they scour across the planet is addicting, and side objectives help with give the player an added challenge. More focus on exploration would have set Shock Tactics apart, but what is there is enough to warrant a playthrough. 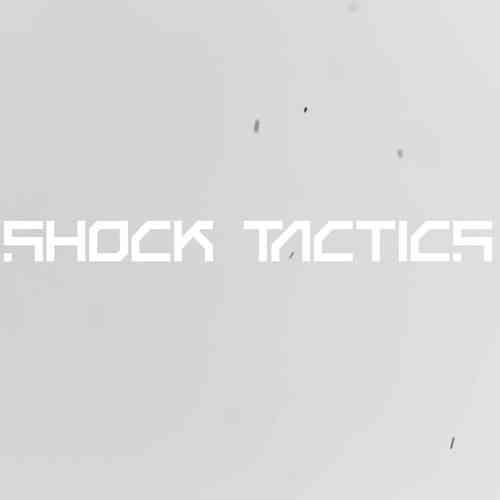