Siegecraft Commander Review – Building an Empire Has Never Been So Easy

Most Real-Time Strategy titles are often times suited for gamers with a strategic mind; someone who can manage resources, effectively unlock and use a tech tree, and build multiple bases with which to counter the enemy and dominate the field. Competitively, RTS games are probably treated with the most seriousness as these are the games that won’t be won with sheer force, but rather a cunning mind. Siegecraft Commander presents itself with a colorful world and some light humor, but don’t let that throw you: this is just as serious an RTS as anything else, with some unique features that make this a standout title.

The most obvious feature you’ll notice when first delving into Siegecraft is how your empire will grow: players begin with a Keep, their home base, and from there you will select from a variety of towers to build. These towers don’t simply add on to the Keep itself, but rather you must take aim and launch this tower to a buildable plot of land nearby. As soon as it hits the ground, a wall will be built between the Keep and your selected tower, both building your empire and creating a solid foundation to block all ground units, friend and foe alike.

Each type of tower will offer certain advantages, so selecting the right tower for the right spot is essential: the Armory can provide you with mortar towers which automatically attack ground units, but are slow to reload, whereas the Barracks will supply a steady stream of ground units who will automatically seek out the nearest enemy. The Outpost will be the most used tower, being a clear extension of the Keep in that it is the base tower for building everything with the added bonus that Outposts can be manually aimed to launch TNT barrels at enemies and structures. 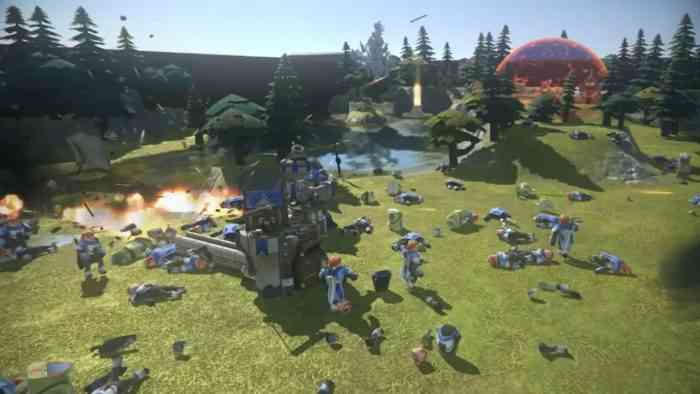 It’s easy early on to want to expand and reach out across the map with your giant fingers of stone walls, but these walls can be just as much of a hindrance as help. Walls will impede all ground units, so if enemies are coming in from the right but your Barracks is feeding out soldiers on the left, it will take them a while to walk around and defend you. It is also important to note that more advanced towers will have a longer cooldown time before more structures can be built, so if you misjudge the distance of launching your next tower and it either lands on unbuildable terrain or its wall is impeded by an existing wall it will merely explode on impact and your cooldown timer will reset.

Another fun feature is the domino effect of destruction. As towers branch off from each other, the wall will indicate where they came from. Destroying the end tower of a chain is all well and good, but if you can take out a tower further up the chain, all branching towers will be destroyed as well. Not only does this make for an excellent strategy with ground units and TNT barrels on the assault, it also encourages you to continually branch your empire across the plains in a way that truly makes you feel like a conqueror.

“While launching towers to expand your base is a fun mechanic and visual, you are essentially made to draw a bow in the direction you wish to fire: the more the bow is drawn the further the tower will launch.”

A nice departure from typical RTS games is the lighthearted humor the game brings. Siegecraft Commander doesn’t take itself too seriously in the story department as the humans will bicker amongst themselves in various cut scenes between missions, and the rival faction of lizardmen is led by a psychotic shaman. As much fun as it is to take your time and enjoy the subtleties of the game, it’s important to remember this is still an RTS and the faster you go, the better.

That’s not to say the game isn’t without its faults. While launching towers to expand your base is a fun mechanic and visual, you are essentially made to draw a bow in the direction you wish to fire: the more the bow is drawn the further the tower will launch. The problem is it gives you no real indication where it will land; it doesn’t leave any sort of target on the ground to assist you with aiming. In fact the default settings for launching towers and TNT barrels can be a bit clunky, although there are other options in the settings menu with Precision being a much better option. 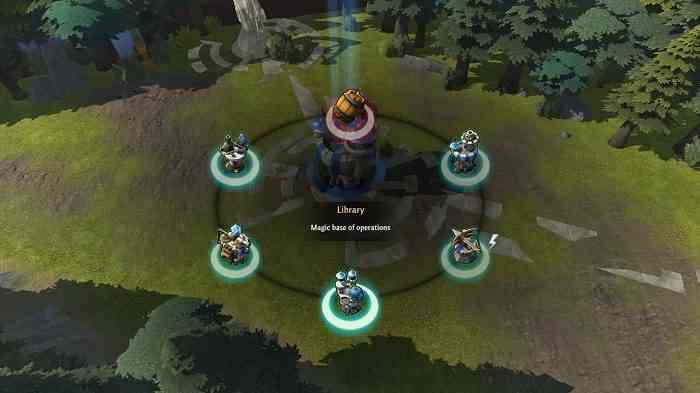 Siegecraft Commander is a fun and delightful RTS title that is easily approachable for serious strategists and newcomers alike. With the focus being on expanding across the map and staying in the action as opposed to resource management, the game never feels like it is lagging and is constantly nudging you into the throes of war. With simple tech trees and automatically attacking units, the only thing holding this game back is the choice not to including a reticle for aiming the placement of towers and the clunky default controls which, thankfully, can be changed. 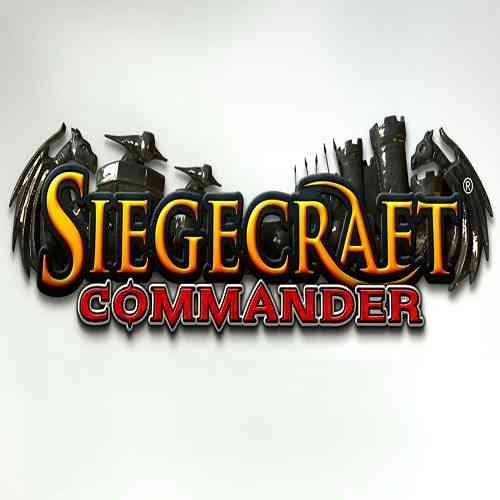