Not Much In The Way Of Glimmer – Rise & Shine Review

What percentage of games do you think market themselves as 2D action platformers? I’d wager it’s a lot. In fact, I’d go so far as to say that the market is saturated. I can think of a double digit number released recently I’d like to play. Adult Swim’s latest – Rise & Shine – fancies itself as a contender in the segment. I just finished playing it, and despite some interesting aspects was left feeling unfulfilled.

As Rise – a young inhabitant of the planet Gamearth – you’re on a mission. That mission is to survive a planetary space grunt invasion and deliver a wise-cracking gun to the king at the palace. If that sounds trope-heavy, it’s because it is. Rise & Shine’s greatest strength is probably its writing and referential nature. It tosses out references and puns carte blanche, hitting the mark or least causing a WTF reaction most of the time. Like that time a pixel wizard appeared and turned a giant gunship into an 8 bit chicken – that was cool. Or the time the land’s great hero was a cheap Link ripoff – that was entertaining too. It’s definitely trying pretty hard to be hip, but most of the time I found myself charmed by their approach. 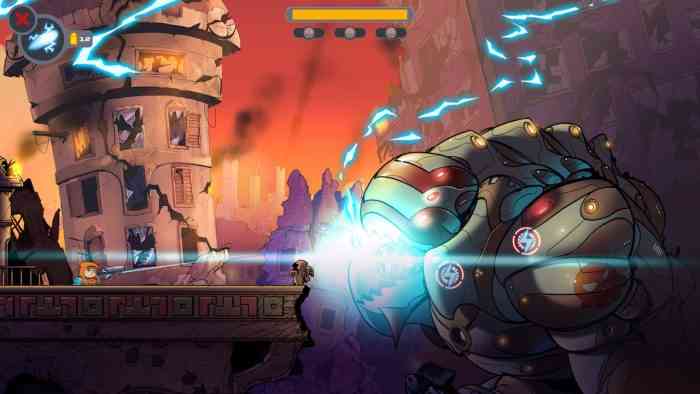 What wasn’t as entertaining was actually playing the game, which left me feeling quite grouchy. As you know, Rise & Shine is a 2D action-y puzzle platform adventure type game. When the gold standards of such genres feel so damn good to play (see: Super Mario World, Guacamelee, Axiom Verge, etc.), it’s hard to regard Rise & Shine’s feel with anything other than light contempt. A game’s ‘feel’ isn’t often easy to put into words, but here goes.

Rise & Shine switches gears often. It’s either all out bullet hell pattern recognition and carefully timed shooting, or repetitive tension free guidance of a bullet to a switch. The remote control bullet puzzling, which I called clever in a preview build, became grating over the course of the game as the ‘challenge’ ramped up via cheaply spamming projectile obstacles into your path. This robbed any sense of satisfaction from ‘solving’ the puzzles, as completing the puzzle was more a matter of luckily avoiding a mass of moving obstacles than flexing any intellectual muscle. It was quite frustrating to navigate most of a bullet maze, only to have a last second projectile get spat into my bullet, or worse yet, to have the imprecise aiming controls cause a missed target. 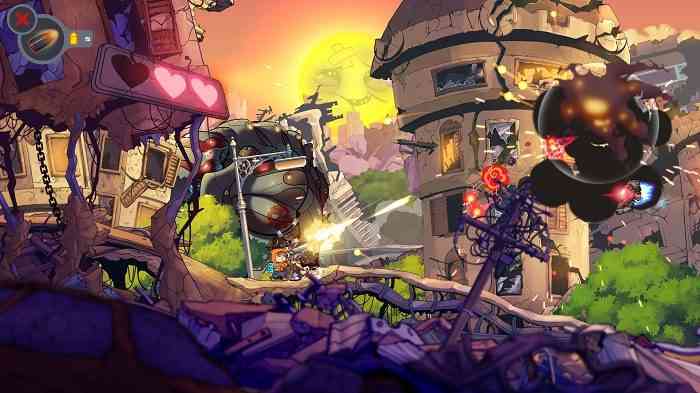 That’s my number one gripe – shooting. It’s a big part of the game, and it requires a great deal of precision. Unfortunately, the aiming mechanism doesn’t provide fine enough control. The right stick aims your gun while you’re pulling the left trigger, but the aim doesn’t always respond with the smooth arc expected from an analog control scheme. In my playthrough, small adjustments to the angle of the stick often resulted in no aim change. Controlled tests (on several controllers) backed this up, with the aim angle changing in big chunks as opposed to smooth arcs. Difficulty where success feel rewarding is one thing, but struggling against the game’s mechanics is quite another. When you have a few precious fractions of a second in the heat of battle to make a pixel perfect shot, the ability to make the gun point at the right spot is the difference between gaming nirvana and controller chucking rage. Go ahead and ask my controller where this experience leaned.

“the ability to make the gun point at the right spot is the difference between gaming nirvana and controller chucking rage. Go ahead and ask my controller where this experience leaned.”

At least Rise & Shine doesn’t force a loading screen upon death. The game expects you to die. One of its main tricks is to trigger a trap that kills you with no warning signs or way to avoid it without already being aware of its presence. That’s ok sometimes, but the sections that link battles and puzzles are constantly laced with such traps. It didn’t take long for that to get old. 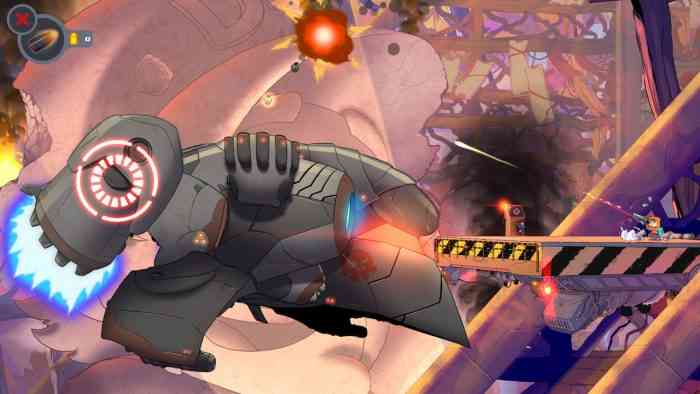 The gameplay finds its footing a bit more when it comes to the over the top boss encounters, which are heavily pattern oriented and can get quite tense in later sections. Of course, they’d have been more fun if inaccurate gun pointing didn’t cause innumerable deaths, but I digress.

Rise & Shine is a great looking game that elicits a few chuckles and grins, but doesn’t have the gameplay chops to stand up to the big names in the genre. If you’re desperate for a 2D puzz-ooter (puzzle/shooter. Yeah, I just coined that phrase. It’s a good one, right?), Rise & Shine might fit the bill if you can deal with mechanical trouble and repetition for the promise of fabulous art and some yucks. Otherwise, I’d definitely point you to any number of other titles under this big ol’ 2D umbrella. 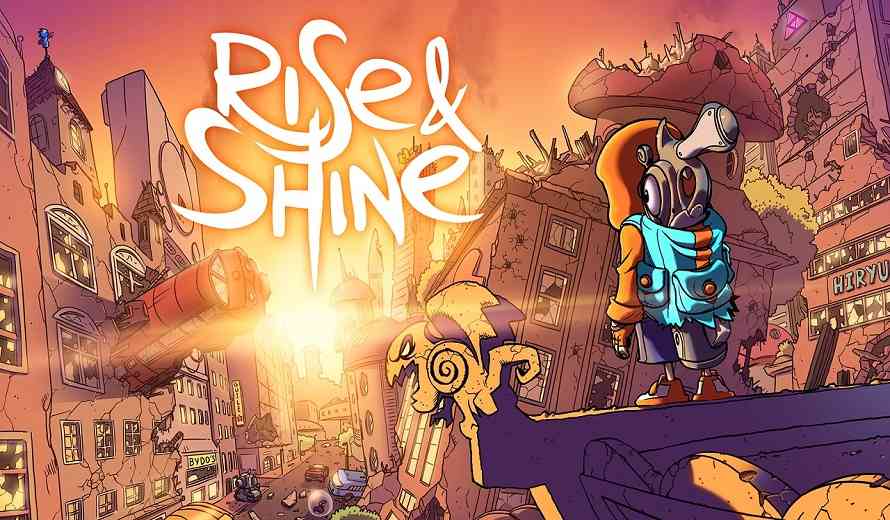 Fury Unleashed: Bang Edition Blasting to Release in September
Next Siegecraft Commander Review – Building an Empire Has Never Been So Easy
Previous Gravity Rush 2 Review – Visual Stunner Worth the ‘Weight’