Romance of the Three Kingdoms XIII Review – Overwhelming and Dull

Developed and published by Koei Tecmo, Romance of the Three Kingdoms XIII follows its predecessors in being less of a game for entertainment and more of an educational piece in historical reenactments. If the characters seem at all familiar it might be because Koei Tecmo is also the studio behind the popular Dynasty Warriors series. Having played Dynasty Warriors 6 extensively, I immediately recognized not only their names, but their similar appearances and even voices. These two games take place during the same era in history and it was fun to see the parallels between them.

I rarely play strategy games of this style but I went into it with an open mind and ready to bunker down for some long campaigns. I booted up Hero Mode and as I progressed through the missions I found myself less and less interested in what it had to offer. Civilization is an amazing series, if not the epitome of what historical strategy games can be. Romance of the Three Kingdoms, however, is bogged down with layers upon layers upon layers of menus. If that isn’t enough to make you feel the crawling progression of the game, the other major factor going into this is politics. Cue the collective yawning.

“The majority of your time will be spent building relationships with other historical figures.”

While cities can be upgraded with limited options and armies are used for basic mass-army strategic battles, this game is deeply entrenched in politics. The majority of your time will be spent building relationships with other historical figures. You then use these connections (whether through hosting parties, buying them gifts, or having them introduce you to their other famous friends) in an attempt to build your empire through an alliance. You will send emissaries to call for cease fires, declare war, and all manner of heavily political yet historically accurate actions. 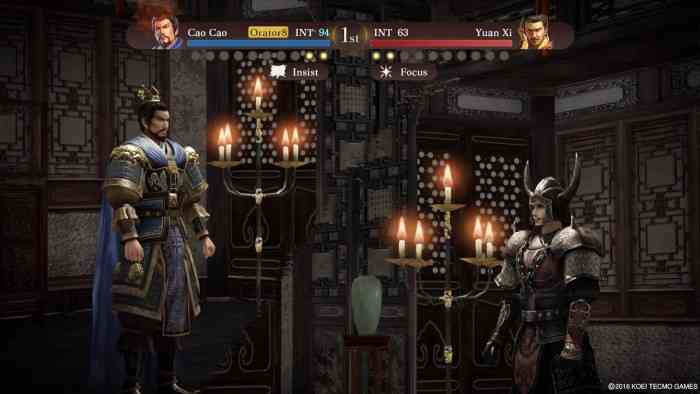 Those you wish to ally with rather than conquer will need convincing to join your alliance. This is accomplished by having a debate either with the leader or, if he needs more convincing, his dignitaries. When my first debate began I thought Cao Cao was about to draw his sword and it would be a nice 1v1 death match. Both characters appeared and trash talked like a classic pre-match loading screen, health bars were produced at the top of the screen, I was ready to fight to the death to prove my point.

“I went from watching these same historical figures in Dynasty Warriors fight hordes of enemies with huge sweeping attacks, to watching them have polite debates and be sneaky little politicians.”

But no, I was given five options in different ways to argue. You’re forced to play an exquisitely lame version of rock paper scissors as you’re opponent’s health bar deteriorates from a forceful talking too. Don’t get me wrong, for someone who is really into history this feels like a great educational tool. Clearly, fans of authentic history and strategy will feel like glorious overlords as they conquer the ancient world, but I just wasn’t feeling it. I went from watching these same historical figures in Dynasty Warriors fight hordes of enemies with huge sweeping attacks, to watching them have polite debates and be sneaky little politicians. Even the tutorial seems bored. You get a quick blurb on your objective and then leaving you alone with little help on what you need to be doing. I played the same mission twice and completed a task two different ways and I’m not even sure which way was right. 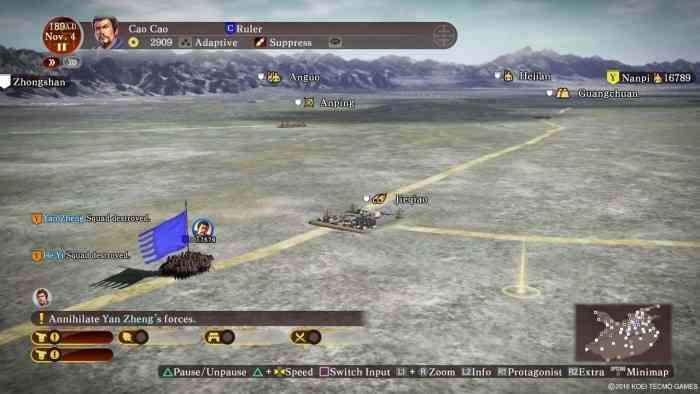 For being a recently launched title on a current gen system, the graphics felt rather lackluster to me. Close ups on characters during debates, even the texture in the battles and on the world map felt like late-era PS2 at best. To me it’s as if they had all the right pieces to the puzzle but they didn’t all go to the same picture. Then again, clearly they must be doing something right if this is the thirteenth iteration in the series.

Romance of the Three Kingdoms XIII brings historical authenticity to life with real world locations, figures, and events. The characters are memorable, recognizable, and rich with personality as you explore their stories. However, this game is also loaded with an incredible number of menus that leave anyone new to the genre feeling very overwhelmed. It also puts a heavier emphasis on playing the political field and as such makes it more of an educational game on strategy and politics than a pick-up-and-play conquest. 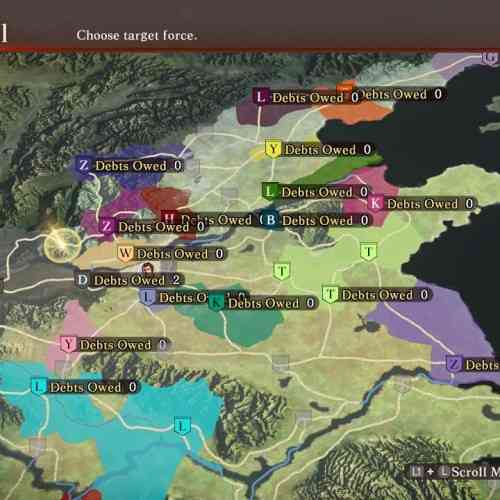 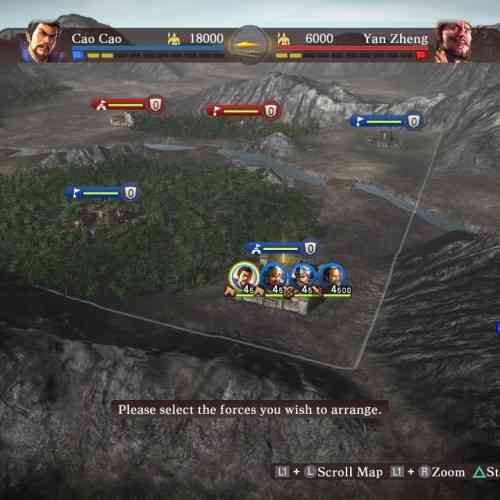 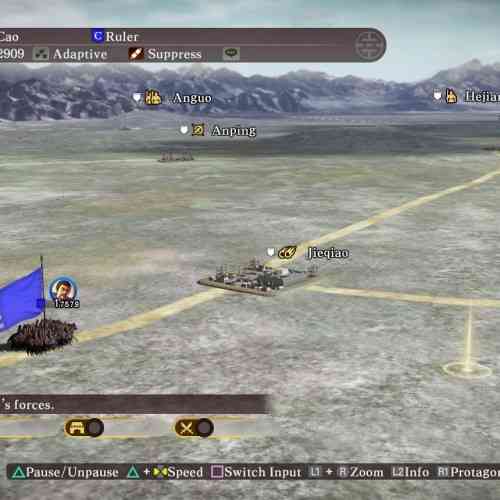 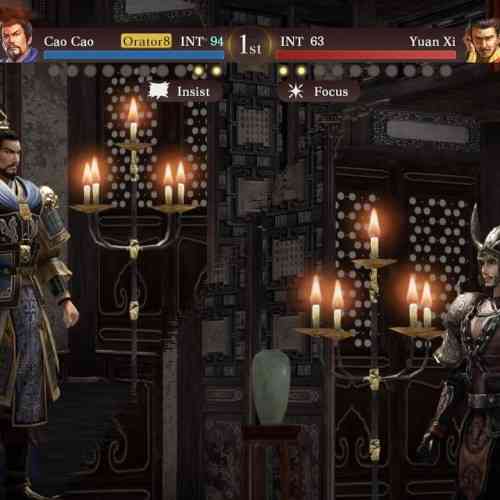 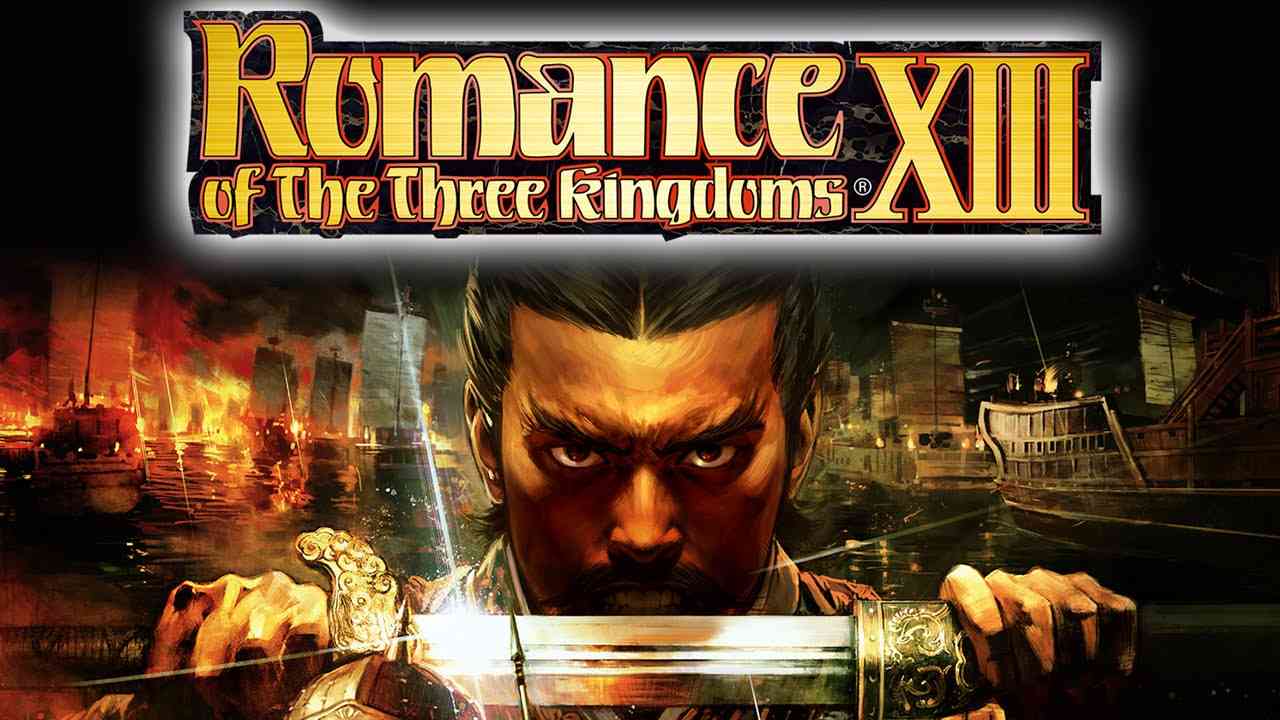 Check Out the Atelier Ryza 2 Gameplay Outside of Combat
Next Human: Fall Flat Review – Does Everything But Fall Flat
Previous Super Mutant Alien Assault Review – Chaos & Frustration in Harmony