The Dynasty Warriors franchise has been around for 15 years (even more if you want to include the 1-on-1 fighting game that spawned the crowd control spin-off), so gamers should know what they are getting into. There are going to be hundreds of enemies on huge battlefields, players are going to crush through most of these enemies since they mostly exist to just stand around, and occasionally face off with more powerful generals. That much stays the same, no matter how you want to dress up any musou game.

While many dislike the repetitive nature of the core gameplay, there are obviously enough fans for Koei-Tecmo to continue making these games (and for major publishers such as Nintendo and Square Enix to enlist their services). In order to vary the Dynasty Warriors series, and appeal to those that so quickly write off the series, developer Omega Force has been blending the game’s hack-and-slash gameplay with strategic  elements under the Empires banner. Dynasty Warriors 8 Empires is the latest game to do just that, and it actually creates a pretty compelling experience.

While fans who want to get out on the battlefield and destroy everything in their way will still get their fill, there is a surprising amount of depth to the game’s strategy elements. Taking place in-between battles, players can make a ton of decisions such as creating truces with other kingdoms, or declaring war on neighboring kingdoms. You’re no longer recreating historic battles in China, instead you’re creating new history.

“The actual fighting will feel instantly familiar to anyone who has played any of the dozens of musou games.”

Depending on what rank your controlled character is (ranging from an emperor to a simple mercenary) you can make different choices. If you’re an emperor, you’ll have to manage your subordinates, and make sure they are happy. If you have an unhappy kingdom, your officers will start to revolt on you, or split off to create their own factions. Managing a large kingdom takes a lot of skill, and isn’t something a novice can juggle at first.

While it’s fun to be king, the game is just as fun if you are working your way up the ranks. If you’re serving under an emperor, you can take on different tasks to level up your character (such as short missions where you have to kill wild tigers attacking a village), and participate in battles that your ruler initiates. 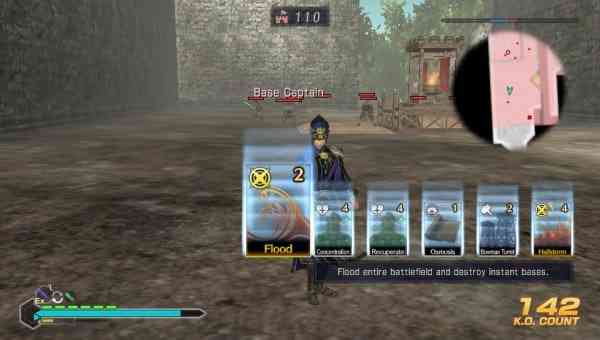 The actual fighting will feel instantly familiar to anyone who has played any of the dozens of musou games. You’ll be hacking and slashing up hundreds of enemies, and taking over bases until you reach the enemies’ main base. The battles are still simple, but players have a series of abilities they can pull off mid-battle (such as healing themselves, or triggering special attacks) that give the game some much needed variety.

While I found the battling fun, I preferred digging into Dynasty Warriors 8 Empires’ menus, and plotting my way to victory from behind the scenes. I had a blast becoming sworn siblings with other officers, and finding true love on the battlefield. Over time, you can even have your own children join your faction, and battle alongside you. If you’re like me, that means seeing an officer named Swag pop up on your screen occasionally.

There are a number of different scenarios you can participate in (and if none of the ones based off historic events tickle your fancy, you can create your own), but the core gameplay stays the same throughout. That’s fine, though, as the amount of depth that the strategy-side offers is plenty. It also gives battles a lot more meaning, you’re not just fighting because it’s the only thing you can do, you’re fighting to take over a territory and reign supreme. 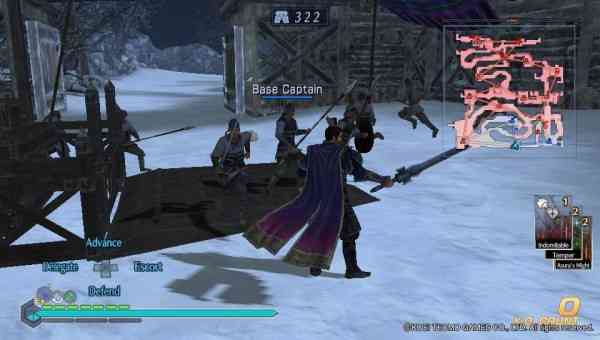 Since this is a Vita port, there are some shortcomings when compared to its console brethren. Most noticeable is that the game’s cutscenes, which only appear during important events such as marriage proposals, look pretty awful. It isn’t a huge deal, but it did make my sworn sibling ceremonies look pretty funny. The game also suffers from some occasional slowdown (which is pretty understandable considering the vast number of people on the screen), and the camera isn’t great. Other than a few small gripes, the game is pretty darn good in portable form.

You’d think that a series wouldn’t have a ton of new tricks up its sleeves 15 years in, but Dynasty Warriors 8 Empires is a pleasant surprise. While the core gameplay might still be a deal breaker for some, the strategic offerings add a new layer of depth, and importance, to the battles. It’s still repetitive, but there is plenty to like here. 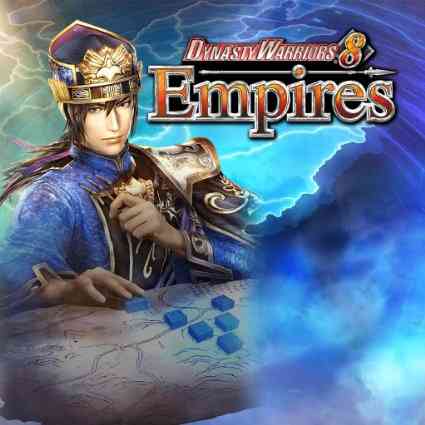