Human: Fall Flat Review – Does Everything But Fall Flat

Dreams are a wonderful thing. After our eyes grow heavy and our bodies fall to sleep, our minds are given incredible possibilities for fun, constrained only by our own imaginations locked away in our slumbering heads. Human: Fall Flat is a game that gives you a small taste of that creative fun in a beautifully simple and enjoyable way.

Developed by No Brakes Games, Human: Fall Flat is a delightful physics game in which you take control of a nameless blank canvas character (quite literally, as you are given the option to paint and color him from head to toe) and you are set out into a vibrantly colored yet simply structured dreamscape, based on places you might encounter around the world. The character (who I will refer to as Bob) is dropped (literally) on one side of a level with the simple goal of reaching the other and falling into the next stage.

“The final point I really wanted to emphasis with this title is just how impressive the physics engine is.”

The controls are fantastically simple with your basic WSAD movement, spacebar to jump, and left and right clicks for each respective arm to grab at anything and everything. Stages are littered with small devices that, when picked up, will pop up a video tutorial in front of Bob to learn any basic new skills for traversal. Probably the most enjoyable element of this game for me is the puzzle solving. In the early stages your progression through the level is fairly black and white: if a ledge is too high, move an object and jump on it for height. A door is locked? Hit the button, etc. But as the game progresses, the stages get larger and larger and this is where Human Fall Flat lets you start exercising that creative muscle.

In one stage I found myself behind a locked door. Solution? Pick up a nearby rock and swing for the fences, breaking the lock in half. After pushing through the door I find myself with a pole, a barred window, and a locked door on a high ledge. After I try several (failed) attempts at pole vaulting to the door, I instead jam the pole in between the bars and use it to pry the bars apart and jump out into the brilliant emerald grass of the world. Later on in that same level I was greeted with at least three different methods of getting to the other side of an enormous wall, and there easily could have been more. 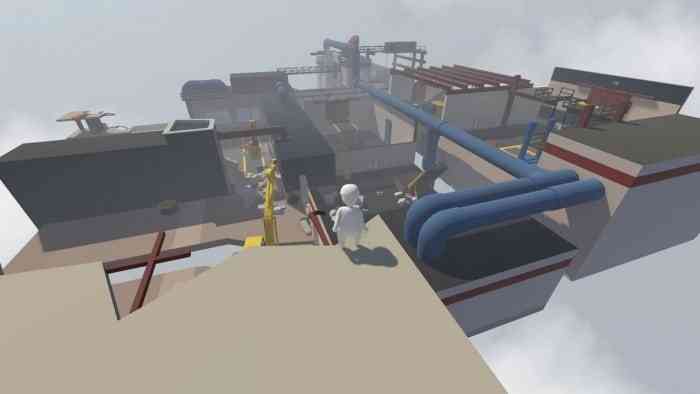 While the controls are simple I did find aiming Human’s hands to be a little difficult at time, but more of a nuisance than anything. In particular, it had taken more effort to grab for small or slim objects but it’s clearly nothing game breaking. This game offers some limited options for destruction but it’s incredibly satisfying to swing a boulder at a wall and watch it dent and crack before falling to pieces. The same can be said for glass and another number of breakable fixtures in the environment.

Human: Fall Flat also features an oddly haunting yet calming soundtrack of rock riffs that sadly only seem to present themselves at certain points of each level. If this game were to be improved anywhere, it would be a more consistent inclusion of this unique sound they put together that can really emphasis this dream-like world Bob is forced to traipse through.

The final point I really wanted to emphasis with this title is just how impressive the physics engine is. When he isn’t in a perilous pratfall, flailing his limbs around before impacting on the ground, Bob is kind of fantastic. His jumping is realistic for a normal person; his reach and even the effect of the placement of his hands on various objects are believably affected. Swinging a rock at a door, bending bars, using a hook on a pole to swing across a chasm, everything acts the way it should. Despite Bob’s herculean strength at lifting any object that isn’t nailed down, this sense of realism blended seamlessly with the dream world makes for a fascinating and singular experience. 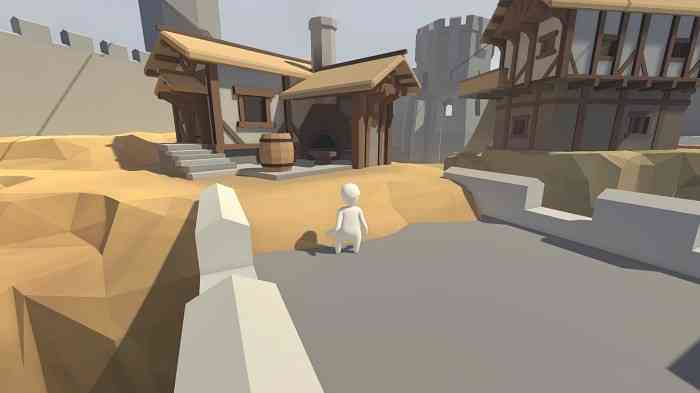 With its immaculately executed physics engine and environments both simple yet serene, Human: Fall Flat is a creative and relaxing way to have fun without the pressure of time constraints or limited lives. The controls are basic and effective, the levels are designed with freedom of exploration and puzzle solving, and the little moments of destructive chaos afforded the player are a delight. While the soundtrack is unique and inspired for this title, there isn’t enough in the way of accompanying music while exploring, which really could have accented the dreamscape theme of this title. 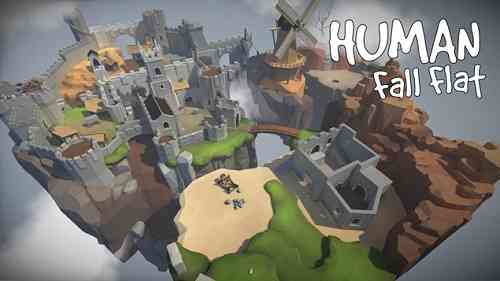 PHOGS! is Adorable, Weird and Super Fun
Next I Am Setsuna Review – 90s JRPG Nostalgia with Modern Sensibility
Previous Romance of the Three Kingdoms XIII Review – Overwhelming and Dull