I Am Setsuna Review – 90s JRPG Nostalgia with Modern Sensibility

I Am Setsuna Review

Nostalgia is very likely one of the most overused sales tactics in the world. It’s employed to sell everything from movie tickets to toys and almost anything else you can think of. Not surprisingly, it’s also used to sell games and if we’re being honest we all know it doesn’t always work out. The tactic of grabbing a nostalgic license and making a garbage game is alive and well (we’re looking at you TMNT and Ghostbusters). Also alive and kicking is the ‘inspired by’ tactic to which I Am Setsuna was prescribed. Touted as ‘inspired by Chrono Trigger‘, that is a lofty goal to meet. One of gaming’s best RPGs that has stood the test of time is not only a lofty comparison to meet but an even harder one to beat. I Am Setsuna is a great game, I can’t argue that, but whether or not it stacks up to its inspiration is up for debate.

First released in Japan back in February 2016, when news broke that I Am Setsuna was hitting Western shores fans were in a bit of a tizzy. Long had fans of Square Enix been calling for a game that brought back that old school JRPG vibe of old and it seemed that I Am Setsuna was the answer. Turn-based battling with the much-loved ATB system wrapped inside a story that gripped you from start to finish. In some ways, developer Tokyo RPG Factory did just that but in others, they fell slightly short of the goal line.

“I Am Setsuna is a great game, I can’t argue that, but whether or not it stacks up to its inspiration is up for debate.”

In the game’s opening moments you are Endir, a mercenary for hire and you are tasked with the rather unsavory job of killing Setsuna, the sacrificial lamb so to speak. In this land, the monsters roam freely and only by giving the life of the sacrifice do the monsters remain at bay. Of course, when that moment finally comes his heart can not allow him to commit such a heinous act so Endir joins Setsuna and others on her journey as a protector to her final moments. What follows is a fairly paint-by-numbers narrative that we’ve all seen many times before. Is the story original? No, not really. Does it matter all that much? Again, not really. While we may have heard this story before it’s the way that it’s all put together that makes I Am Setsuna worthy of your time.

The entire game is set in a soft-toned wintery wonderland that surprisingly never really gets old. Seeing the trail of your party cut cleanly through the snowy landscape as you battle monsters and interact with various NPCs helps to set an almost serene atmosphere. Accompanied by one of the most engaging soundtracks in recent memory, I Am Setsuna deftly pulls you into its world. Reminiscent of the days of 16-bit RPGs and their chiptune soundtracks, the piano-based melodies are nothing short of a wonder. Sticking to the simple arrangements that worked so well in those early days but with an updated sound was a masterful decision. I could go on and on about the music but will leave it at this; pay close attention to it as you play, it may just be the best part of the game. 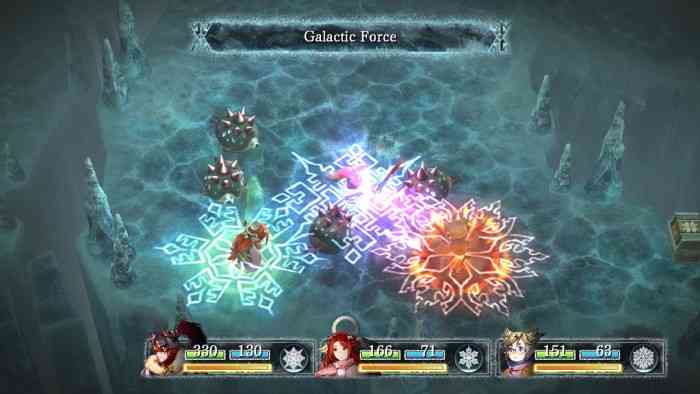 Propelled forward by side quests and town saving you’ll advance through the game in tried and true JRPG fashion. While the dialogue between your party and NPCs is simply written there is enough banter and depth to keep you interested. Admittedly it was rather refreshing to read through the dialogue like I did when I was younger. I’m sure there may have been a discussion on whether or not to voice the characters but the choice not to was a sound one. The element of choice is presented in the dialogue but the game itself is very directed and linear. You can choose to wander back and forth between settlements and such but it’s far from the open world gaming that we’ve come to know in many modern RPGs.

“The combat system takes what has always worked in the past but spices it up with some systems that keep it all feeling fresh, even hours into the game.”

Obviously, the most crucial element in a good RPG next to its narrative is the character progression and battle gameplay. As you wander forests and villages you will come into contact with creatures of all shapes and sizes to do battle with. The encounters are not random as you’ll always see the monsters lying in wait. Approaching them while their back is turned results in full ATB gauges and an advantage to start the battle. If you’re at all familiar with Final Fantasy of old, or Chrono Trigger, you’ll be right at home here. Watch your attack gauge fill up and launch attacks, combos and defensive strategies alongside your party to vanquish all the evil. ALL OF IT! There is some variation involved with a second Momentum gauge that fills up allowing for buffs if you time your button pushes just right. It can also trigger Fluxes and Singularities that add properties to your ‘Spritnite’ (more down below on that) or create certain battlefield advantages for your team. The combat system takes what has always worked in the past but spices it up with some systems that keep it all feeling fresh, even hours into the game.

As you defeat monsters you’ll level up with more HP and MP as per the RPG norm and one tiny nitpick I have, and it is a nitpick no doubt about that, is when your characters level up you don’t have any visual on exactly how many HP/MP you gain. This is certainly nothing more than a personal preference but I always appreciate being able to see exactly how much my character has improved. 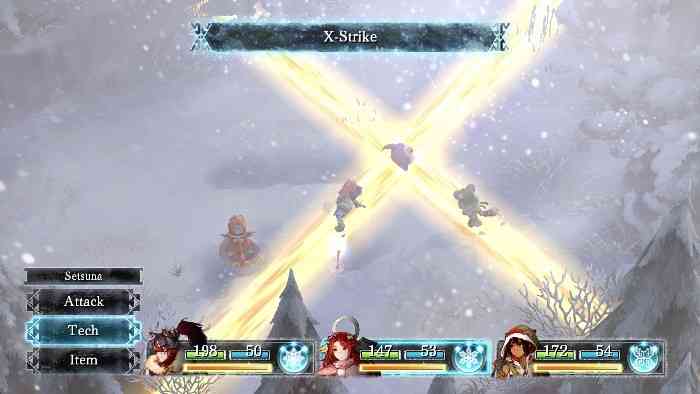 Laying waste to the forces of evil also results in them dropping items that can be sold to specific merchants and used in a roundabout way to create Spritnite. Spritnite is then equipped to characters via worn talismans that open up various magic attacks, defensive spells and, when the stars align, killer combos with other party members. Early goings in the game are a bit dull as you work to gain just the right materials to gain just the right Spritnite but once the game gets going you’ll have a wealth of really interesting attacks and combos to work with.

” An homage to the amazing JRPGs of the 90s, I Am Setsuna is a love letter to your childhood written with passion and penned with respect by equally passionate developers.”

I Am Setsuna manages to cash in on the nostalgia ticket rather well. In no way does it feel like a cheap attempt to suck us in based on something we already know and love. Rather it shows respect to its inspiration while trying to add in a little bit of something new. It doesn’t work out 100% as at times it feels overly grindy and the story is indeed a bit cliched but an enjoyable combat and progression system overshadows those downsides. An homage to the amazing JRPGs of the 90s, I Am Setsuna is a love letter to your childhood written with passion and penned with respect by equally passionate developers. 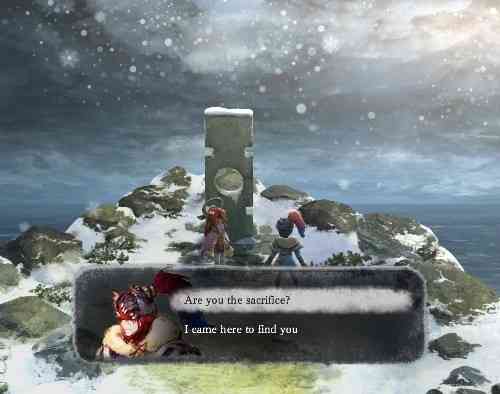 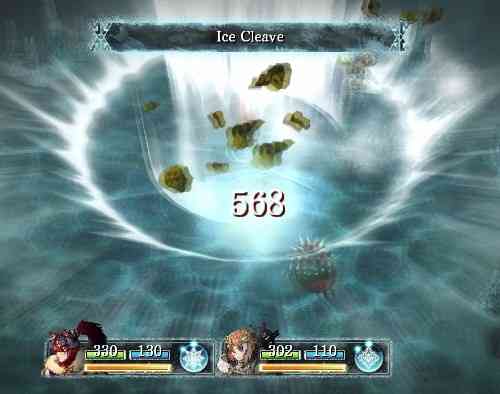 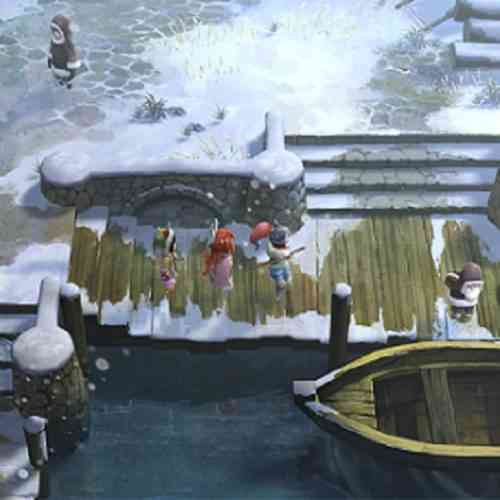 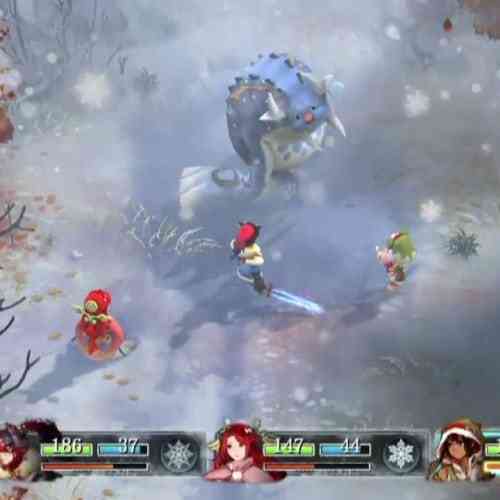