Movie tie-in games have a bad reputation and with good reason. Most games based on licensed movies come off as cheap, and a lazy cash grab. This is not to say that ALL movie tie-in games are horrible, but this seems to be a problem that has been around for years. Sadly, the new Ghostbusters game is no different and is yet another in a long line of failed movie based games.

The newest installment of the Ghostbusters movie features a cast of some of the funniest women in showbiz with Melissa McCarthy, Kristen Wiig, Kate McKinnon, and Leslie Jones. If you were expecting them to be in the game, you’ll be disappointed. Who do you get instead? You get four new generic Ghostbusters with zero personality.

The game takes place after the events in the movie, which is an odd choice seeing how the movie is released on the same week as the game. Therefore, the public would be expecting the game to at least feature the main cast, but nope. Each of these new characters has a different main weapon and grenade type for you to use, but this is the only main difference between these characters.

“Ghostbusters incorporates a local co-op mode where you can play with a friend which would be a nice addition if the game was any fun.”

Gameplay is as repetitive as it gets. You enter a room, you are shown a cut scene with some “witty” dialogue, then you walk around with your P.K.E meter looking for collectibles, ghosts appear, and you kill them. A mini boss appears then a larger boss. Rise and repeat for 10 stages to be exact. This makes for an extremely dull experience and a chore just to get thru each level. There is hardly any challenge in the game because if you die, your teammates instantly revive you without any penalty at all.

There are some RPG-ish elements for the characters but they do not add up to anything more than upgrading basic skills such as your speed or gun. The worst part in all of this is that your character gets the majority of the experience points while your AI teammates will not gain as much. The result is an unbalanced team that at some points the AI becomes useless because they are such a low level. Ghostbusters incorporates a local co-op mode where you can play with a friend which would be a nice addition if the game was any fun. 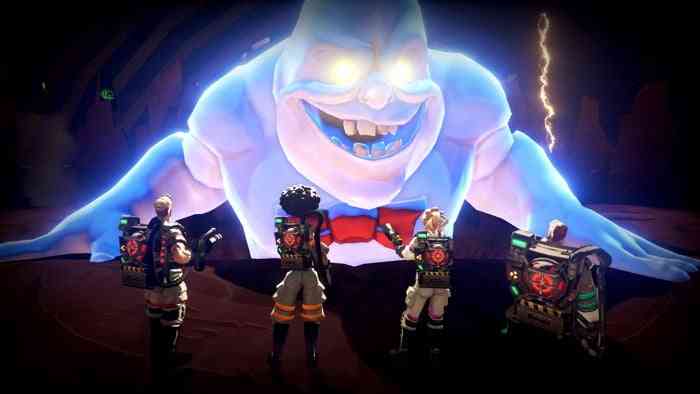 There are a few moments in the game where it actually is enjoyable but they are so few and far between. There are a variety of creative ghosts for you to shoot at and shooting at ghosts can be satisfying at times. Plus, the classic Ghostbusters theme song is there and even Slimer appears. However, once you realize there is a clear formula that never changes, you instantly feel cheated. The very few positive things mentioned do not make up for this uninspired and boring game.

As a franchise, Ghostbusters is known for its comedy, memorable ghosts, and slick gadgets. When I fired up Ghostbusters, I was looking for that ghost bustin’ feeling but instead it just left a bad taste in my mouth. It severely lacks in the fun department with its repetitive gameplay and bland characters. Expecting gamers to drop $50.00 dollars on this game is insulting. Yet, even if it were cheaper it would not make it any better. I think the Internet mob that has been criticizing the movie should change gears and go after this game. I ain’t afraid of no ghosts but I am afraid to play this game again. 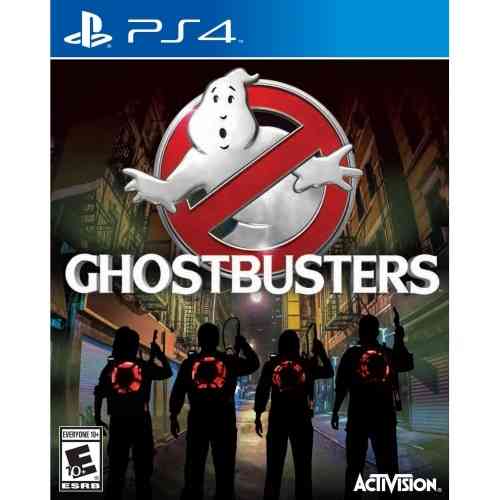