I don’t know what it is. Maybe it’s the summer gaming lull or maybe I am just fed up with playing Call of Duty come this time every year. Whatever the case may be, it seems the third installment of Call of Duty’s yearly DLC drops never manages to impress me. This year is no different. This is not to say Descent stinks. That is not the case at all. Yet after playing steadily since its release, I am left a little underwhelmed.

Like every other DLC package since I can remember, once again you get four new multiplayer maps and a new Zombies map accompanied with a little story. Following the footsteps of the two previous Treyarch DLC’s for Black Ops 3 Descent also includes a remake of a classic map from a previous COD game. This time around Raid from Black Ops 2 got a facelift. There is no question all the maps feel fresh, they mostly look great and the zombies map is once again chaotic as all hell. So what’s the problem? Well, it is just more of the same and I’m having trouble getting excited over anything that is offered here.

“Out of all the new multiplayer maps, “Empire” is truly the stand-out. This re-imagined map from Black Ops 2 looks fantastic.”

Out of all the new multiplayer maps, “Empire” is truly the stand-out. This re-imagined map from Black Ops 2 looks fantastic. It is vibrant, colourful and the beautifully detailed Roman villa pops on the screen. With Black Ops 3 new movement mechanics the map feels smaller and faster. Getting back into the action after you die only takes seconds. This medium sized map is a stunner and is easily my favourite of the new maps. It’s almost worth the price of admission alone.

“Cryogen” is a decent map with its futuristic setting at an off-shore cryogenic prison facility where criminals are frozen for safe keeping. It seemed to be a popular map in the voting lobby and much of that, I believe, has to do with the smaller size of the map and medium sight-lines. The map also takes full advantage of Black Ops 3’s wall running as there are plenty of areas to utilize the mechanic. It is excellent map for the game mode Domination as all three points are perfectly placed. All in all, a decent map but certainly isn’t the visual stunner like some of the other Black Ops 3 multiplayer maps. 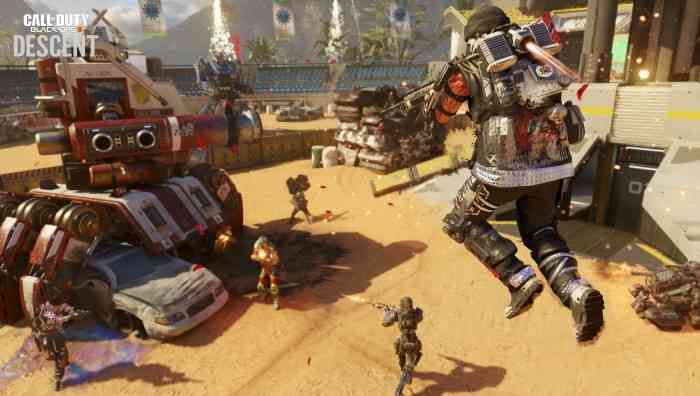 “Rumble” is slightly larger than “Cryogen” and is also a futuristic map set in a stadium for giant robot fights. In this map, you battle in an arena among the fallen husks of giant robot brawlers. This is one of those maps that had a ton of potential and sounds great on paper but in action it’s nothing special. Snipers appeared to dominate in this map. I found the visuals somewhat bland and there was really nothing about this map that made any lasting impressions with me.

Last but not least out of the 4 new multiplayer maps is “Berserk”. It is snow map that is “a Viking village frozen in time” guarded by “ancient sentinels from a lost civilization.” This is yet another map that is ideal for Domination as the center area offers some long sight-lines and the surrounding areas offer multiple paths to attack the enemy and lock down objectives. Visually, it is a good looking map as the particle effects and draw distance is remarkable. With mountains surrounding the snowy blizzard map, “Berzerk” is one of the better looking Black Ops 3 maps. It is also a map that features some amazing sound effects.

I love Call of Duty’s Zombies mode but I have no problem telling the world I suck at it. If I am playing by myself I never seem to last more than 5 or 6 rounds and when playing with others I often feel like they get frustrated with how bad I am. Yet, it doesn’t stop me from playing. Descent continues Black Ops 3’s Zombie saga with a new chapter called Gorod Krovi. This map is set in an alternate universe 1940s Soviet Union that features mechanized zombies and large flying dragon who breaths fire over the map every so often. The action takes place in a ruined Stalingrad and looks remarkably similar to some of those outdoor post apocalyptic environments in Metro 2033. Like many other zombie maps, you are running for your life through a labyrinth of broken architecture. My first couple of times in the map, it was easy to get lost and pinned into a corner but it doesn’t take long until I got the layout of the land. There is nothing incredibly innovative about this map and it is more of the same, yet there is no question it is enjoyable. But a flying dragon isn’t enough to make this zombie map stand out from all the others. 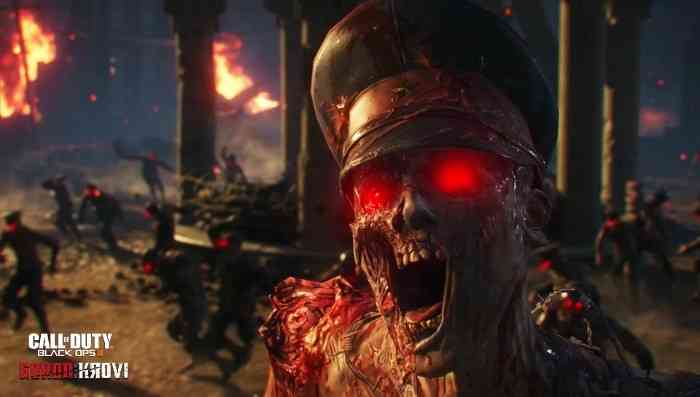 Overall, Call of Duty Black Ops 3 Descent DLC is merely more of the same. Granted, the “same” looks and plays great, and gives Black Ops 3 fans a reason to keep playing. Yet Descent doesn’t stray from the COD DLC formula, at all. Featuring 4 maps and a new zombie experience, Descent doesn’t do very much to separate itself from the pack. Black Ops 3 season pass owners will feel like they are only getting what they paid for – nothing more, nothing less. 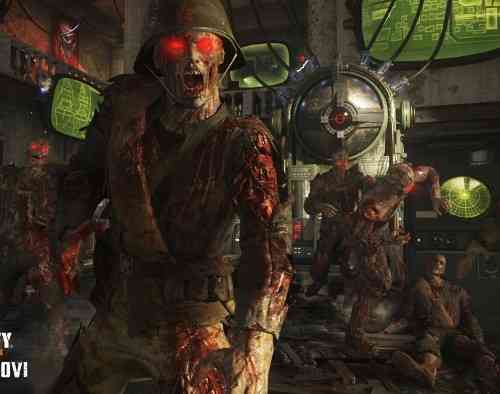 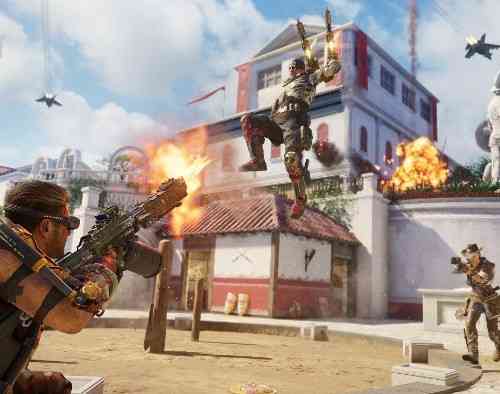 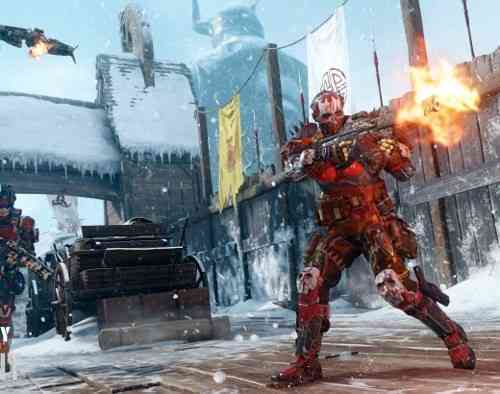 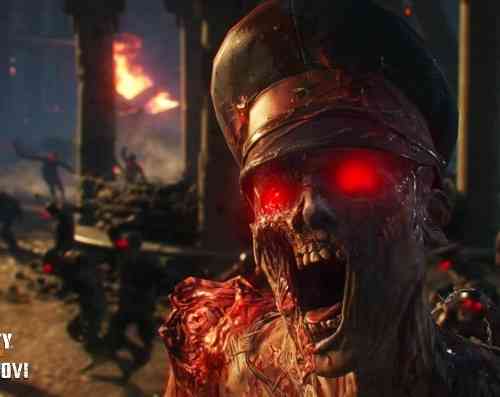 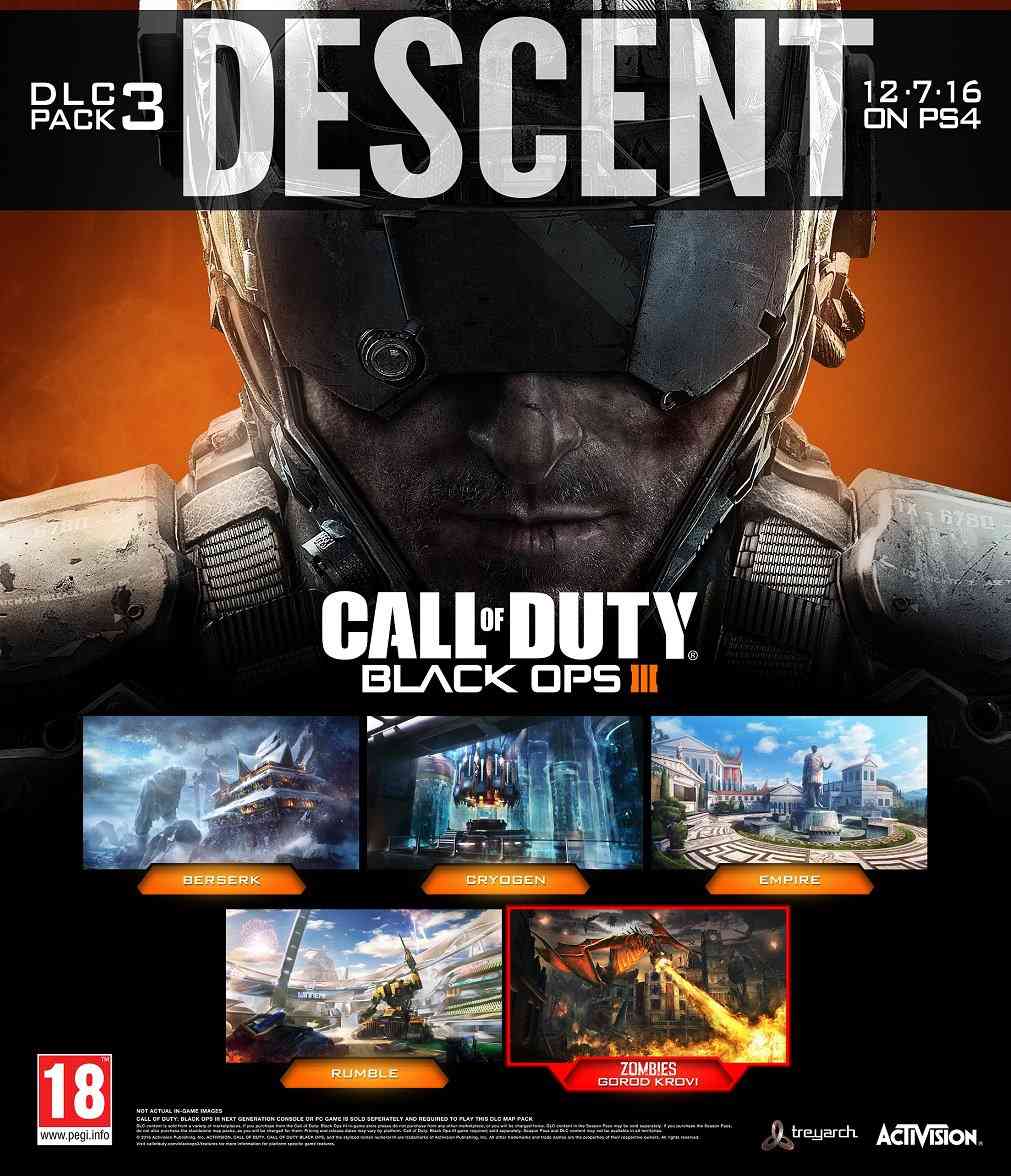