The story of Persona 4 Arena directly follows the events of Shin Megami Tensei: Persona 4, and features characters from Shin Megami Tensei: Persona 3. However, although there are characters from Persona 3 in the game, it doesn’t need to be played through beforehand. Persona 4 definitely does need to played beforehand, though. It’s a narrative told with as much love as P-Studio puts into their mainline titles. 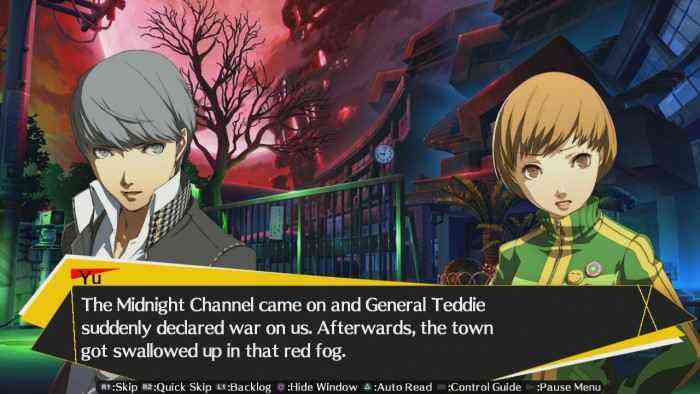 There is a lot of reading and watching involved with playing the visual novel sections of the game. Fights are few and far between. For those who just want to enjoy the story, there’s even an option to automatically pass through the fight sequences entirely.

On top of two full visual novels, Persona 4 Arena Ultimax also contains a long DLC chapter from Adachi’s perspective. This should be a huge treat for Persona 4 fans. My favorite aspect of Ultimax’s story is how it’s told from multiple character perspectives. Yu is no longer the sole point-of-view for the Persona 4 world. While the plot is good, the attention put into developing all the characters is very impressive.

Arc System Works is arguably the best-known anime fighter developer, with their two main series being Guilty Gear and BlazBlue. Persona 4 Arena Ultimax looks and plays as good as those two series at their best. Even though it was originally a PS3-era arcade game, Ultimax looks gorgeous today. Its anime sprites really hold up well. I would argue it looks even better than Arc System Works’ other series because it has Persona swag covering every aspect. The anime cutscenes, character models, menus, and music all have the Japanese hip-hop vibes the Persona series is well-known for. 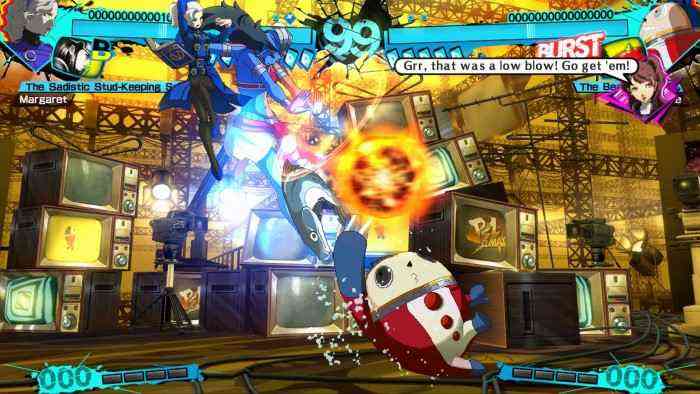 As a medium-level fighting game fan, I’m always looking for fresh mechanics in a new fighting game. The characters in Persona 4 all summon monsters to aid their attacks. Working with a character’s Persona is key to victory. But Personas are also vulnerable while being used and are open to immobilization. This temporarily lessens a player’s attack options. There are also RPG elements where characters can build stats and assign points.

A Lot of Game in This Game

These options allow for many different ways to play. Persona fans can read a sequel visual novel. Casual fighting fans can play something unique and intuitive. Hardcore fighting fans have a minutia of details to master. RPG fans have stat progression and character building to play with. There is a lot of breadth to Persona 4 Arena Ultimax, and a ton of content to keep fans playing for a long time.

To summarize, Persona 4 Arena Ultimax has the visual novel stories of both Persona 4 Arena games. As a result, it has the full roster of Ultimax, as well as all the character balancing. All the DLC from the original titles is included in this new release. This gorgeous anime fighter is easy to pick up, and difficult to master. It’s a ton of quality content for a budget price, which makes Persona 4 Arena Ultimax a must buy for all Persona and fighting game fans. 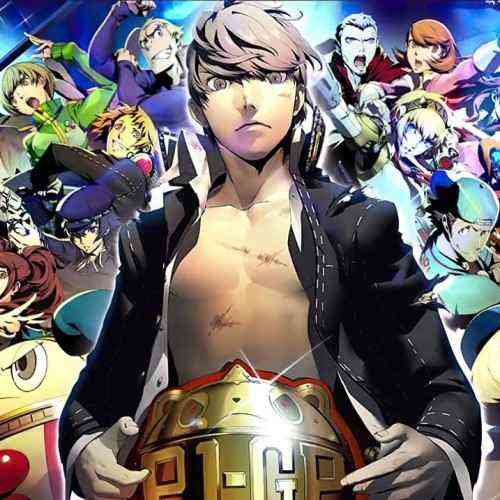