Young Souls is the kind of game that reminds you why the beat ’em up genre is still relevant. This fast-paced third-person action game challenges the player in many ways with its slick controls, stylish presentation, and grim fantasy world. However, the biggest challenge may be trying to keep its troubled teenage protagonists safe on their journey–and accepting that you can’t. In this Young Souls review, I’m gonna explain how a trip into an underground goblin world can stomp all over your heart.

At a glance, Young Souls looks awesome. Its mix of comic book-style visuals and cel-shaded graphics gives the characters and world a real sense of life and vitality. In other words, it may not be the most realistic game ever, but it isn’t trying to be–it’s trying to be a playable comic book. In a previous Young Souls review, we compared the game to a modern cartoon. However, I think its design is a bit more mature than the cartoon industry would allow. Even before anything happens, the town is a distinctly depressing place to live. Small elements such as passing strangers and a homeless man with a dog really add to the overall feel of mundane dreariness. All of that begins to change when the protagonists make a terrible discovery.

Putting the Urban in Urban Fantasy

Jenn and Tristan are what you might call “troubled youth.” Just from looking at them, it’s clear these orphan twins have a serious attitude problem. They don’t know where they’re going in life and they aren’t putting the effort in to fix that. Then their foster father, the Professor, goes missing under suspicious circumstances. The pair set out to rescue one of the only people who cares about them and stumble into a hidden conflict with dire stakes. 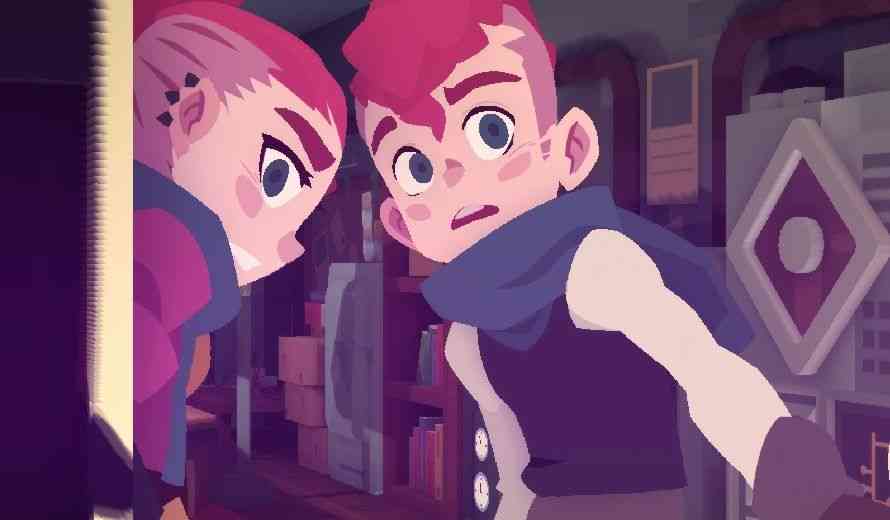 Long story short, it turns out that the Professor was helping the town to open contact with the goblin society living underneath it. However, a sudden change in the goblin political arena leads to a malicious dictator taking power and declaring war on the surface. Now, it’s up to Jenn and Tristan to rescue their father, save the town, and maybe even open their hearts.

On the surface world, Jenn and Tristan are outcasts, troublemakers, and general ne’er-do-wells. In the shadowy goblin world, however, they become unexpected heroes against a tyrannical threat. Now, the monster who devastated the goblin world is getting ready to wage war on the surface, and he’s forcing the Professor to help. To save their foster father from the ruthless Dwarvengobben, they’ll have to fight against monsters they never believed in and become better people than they ever thought they could.

Young Souls uses pretty standard 2.5D beat ‘em up mechanics. This isn’t a complaint–the standard beat ‘em up formula works for good reason, and the game feels very good to play. The controls are responsive, there’s a nice amount of weight to each movement, and the color scheme makes keeping track of your characters pretty easy. The twins are red and their foes are mostly purple, so even being buried in enemies isn’t too confusing. And trust me, you will be buried in enemies. 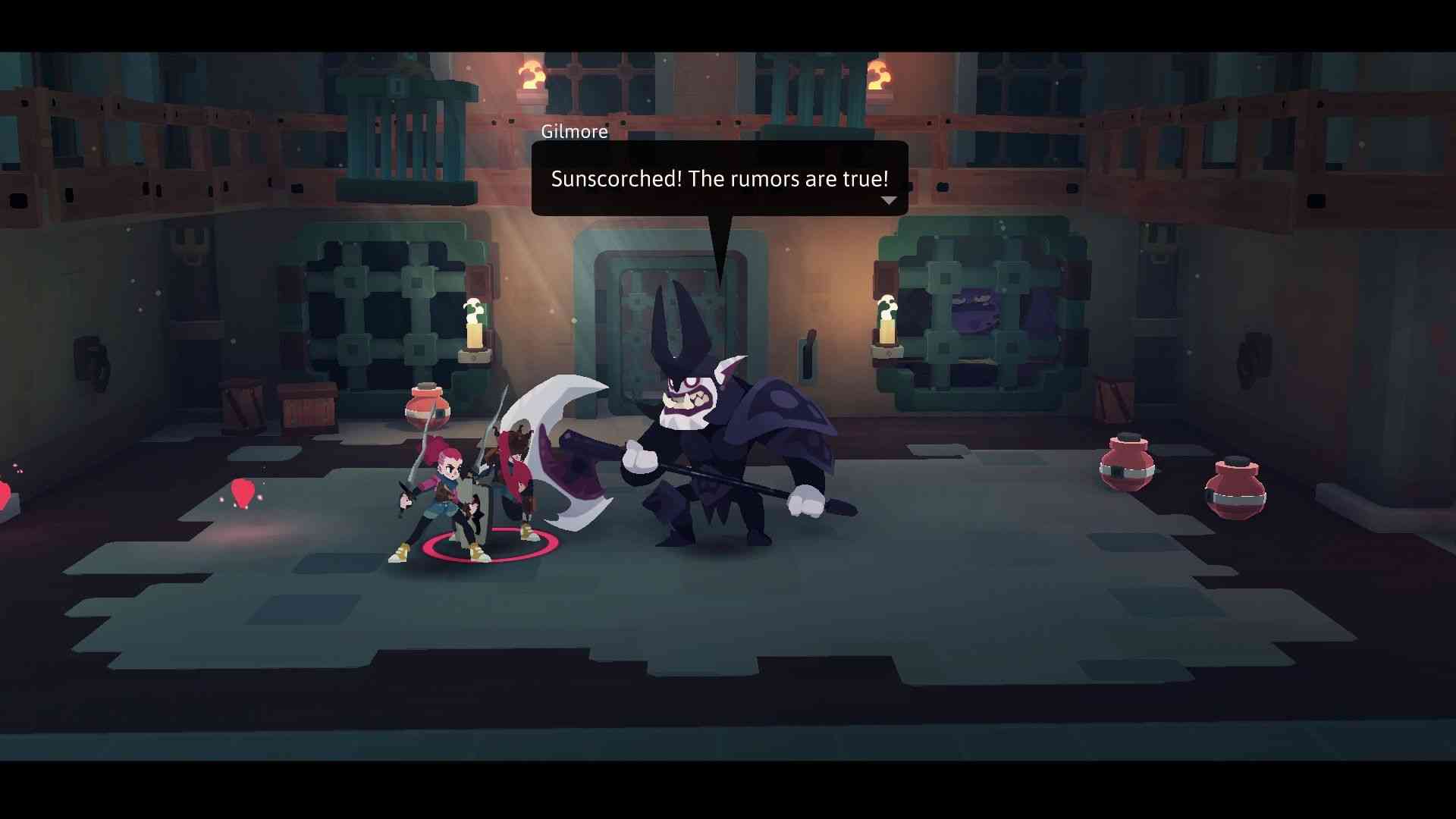 This game was definitely meant for two players, but it works pretty well as a solo experience, too. There’s a profanity filter for kids and also multiple difficulties available. I would recommend Balanced for gamers who aren’t experienced with beat ‘em ups or who just want to enjoy the story. Challenging is a good mode for experienced gamers who think you shouldn’t need extra hearts during lengthy boss fights. Relaxed is for players who want the most chill experience possible and Expert is designed for true masters of the genre. The game also features a ton of accessibility options and the ability to fast forward through cutscenes.

The twins process XP while sleeping at night. The gathered XP goes into three stats: Strength, Resistance, and Stamina. Strength affects damage dealt, Resistance affects hit points, and Stamina increases the number of actions they can make. To actually raise those stats, you’ll have to play some annoying button-mashing minigames at the gym. You can customize each twin’s gear and stats and make their fighting styles diverge. I made Jenn the heavy hitter and Tristan a defensive wall, for example. 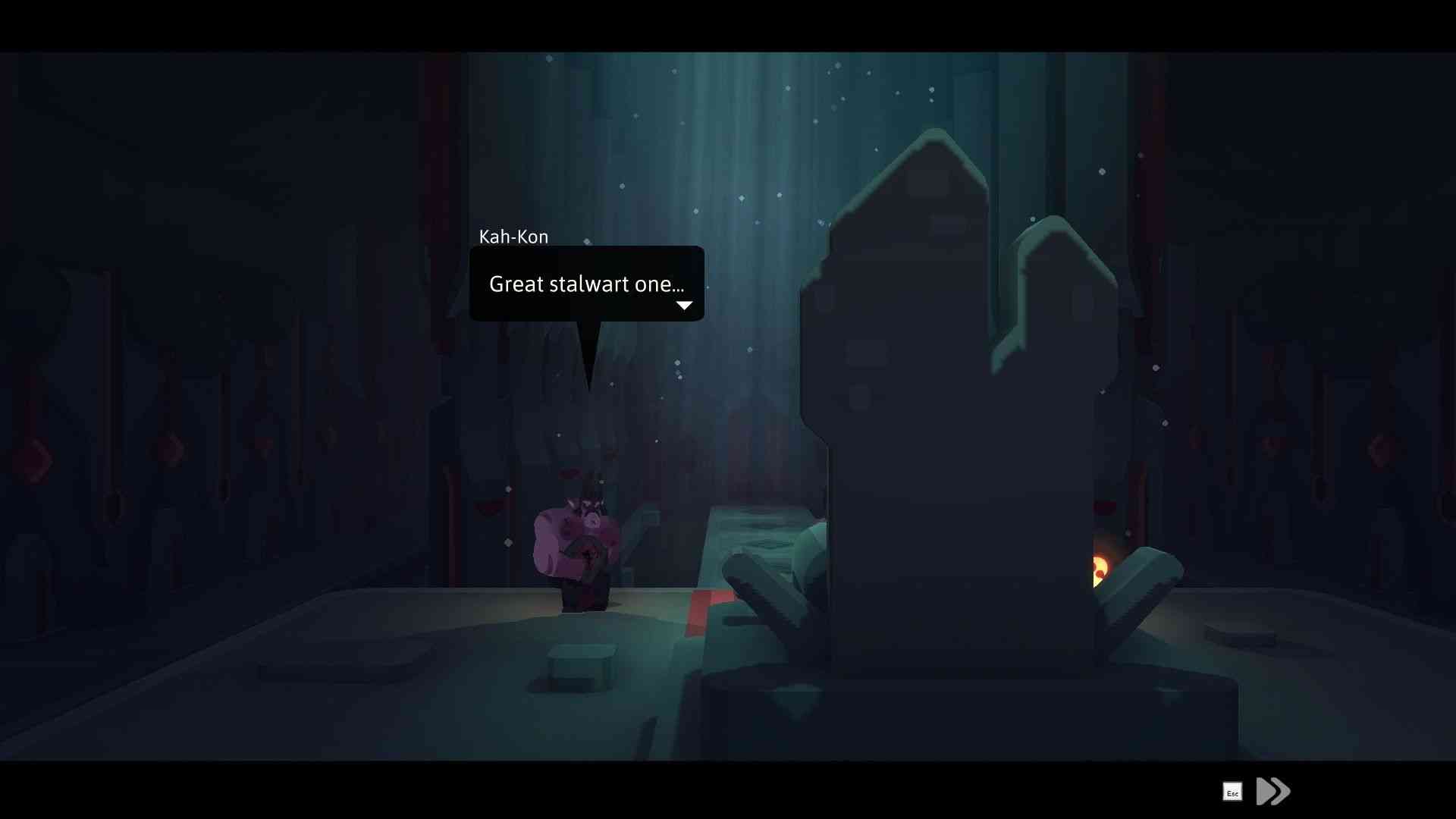 It’s easy to get immersed in the dual worlds of Young Souls. I got into a rhythm of clearing a level in the goblin world, then going back to lick my wounds and power up. As you delve deeper into the turbulent goblin world, more options open up for you in the human world. In other words, coming to understand the goblin war will also help you understand the town. The twins also begin forming new relationships with humans and goblins alike as the narrative unfolds. However, this means Jenn and Tristan must also face the real stakes of this conflict and their role in it. There’s a reason this game is rated M. 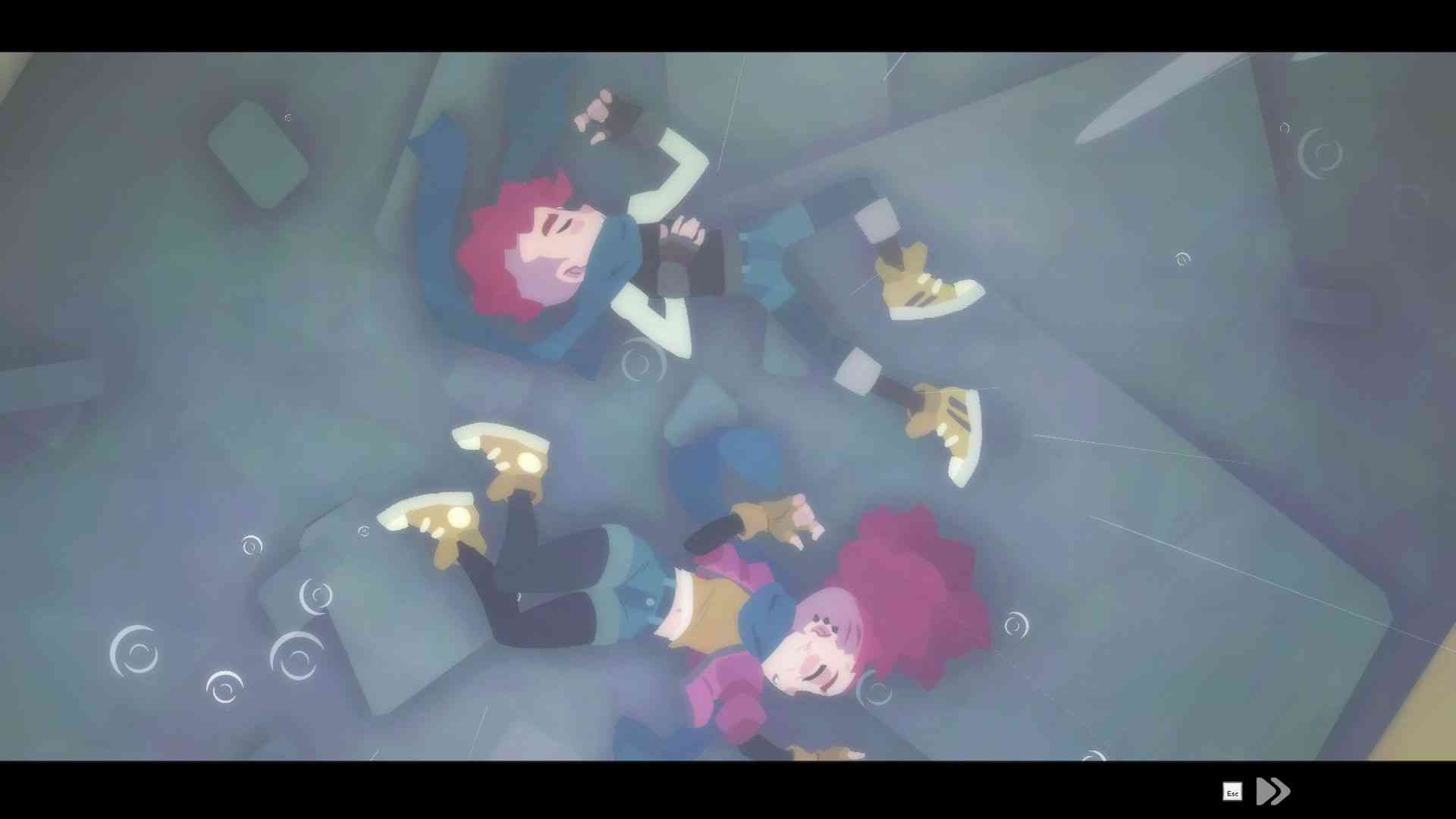 This game is almost a dark comedy. Jenn and Tristan are tough kids–or at least, they think they are–so the game isn’t exactly dripping with sentiment. However, they’re still teenagers plunging into war. Their goblin mentor Baldwin openly admits that he is enlisting children to help him fight his political enemies. The first mission they’re assigned is to break unjustly held prisoners out of jail. It becomes increasingly clear that the goblins have suffered a right-wing, xenophobic takeover. And the humans are about to suffer for it. Young Souls is a deeply political game and its anti-fascism messages come across loud and clear. Despite all of this, there’s a certain aching sincerity to the story that makes it as kind as it is cruel.

All in all, Young Souls is a charming coming-of-age story that veers much darker than I expected. It’s a world I was happy to lose myself in, even if the characters weren’t always happy themselves. I’d recommend it to any fan of beat ’em ups and modern fantasy. Those button-mashing minigames are incredibly frustrating, though.