Persona 5 Review – The Best JRPG Series Gets Even Better

Fans of Persona, the spin-off of the Shin Megami Tensei series, have had a nearly 10-year long wait since Persona 4 set a new standard for JRPGs in 2008. That legendary title did so much and did it so well, that it was hard to believe that Atlus could ever match it. But now, Persona 5 is here, and as amazing as it sounds, this latest title in the series not only measures up to Persona 4, it tops it. Director Katsura Hashino and his team have delivered a massive, exquisitely-crafted masterpiece that keeps all of the aspects that have made the series popular, while injecting new, fresh elements that push it forward to a new level of greatness.

Like in previous Persona games, you play the role of a (mostly) silent male protagonist, who arrives at a new school with a troubled past. You meet new friends at the local High School, Shujin Academy, while staying with a guardian in Tokyo. While Persona 4 had a slow, small-town feel, Persona 5’s bigger urban locale brings with it a darker, edgier vibe, a mood reinforced by the periodic flash-forwards to a police interrogation of our hero which hints at a distinctly mature theme.

While this has never been a series to shy away from tough subject matter, Persona 5 offers a particularly grown-up story that includes physical and sexual abuse, government corruption, and other surprisingly weighty topics. Despite being once again a game involving school-age youth, Persona 5 brings an impressive new tone of seriousness that will please fans (like myself) who don’t want to feel like they are playing a “children’s game”.

“While Persona 4 had a slow, small-town feel, Persona 5’s bigger urban locale brings with it a darker, edgier vibe”

The protagonist and his friends eventually form the Phantom Thieves, a secret team of vigilantes who fight the dark forces around them by confronting them in “Palaces,” which are Persona 5’s version of dungeons. Palaces, as in previous games, exist in the Metaverse, accessed by using an app on the protagonist’s phone. It is in the Palaces that the Phantom Thieves take on nefarious adult figures – such as an abusive teacher – whose distorted inner thoughts are manifested as Treasures. Stealing these Treasures forces evildoers into a Change of Heart, in which they acknowledge their wrongdoings. 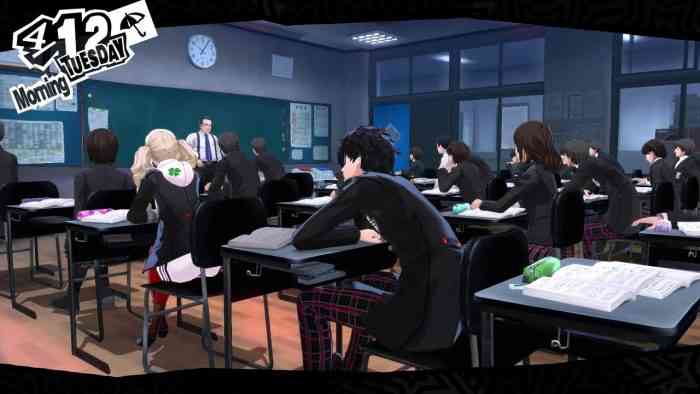 Navigating the Palaces/Dungeons is similar to past Persona titles, but with some cool new Stealth mechanics in keeping with the darker theme. Hiding in cover while traversing hallways is sometimes essential to avoid strong Shadows, and enemy strength can (and must) be sometimes assessed using a new Third Eye skill, in which pressing the L1 button reveals a Shadow’s level of difficulty by color. You also have to be careful not to attract too much attention, lest the Alertness Meter summon more enemies than you can handle. There are even new options to climb up walls and hop chandeliers instead of taking the floor through rooms. It’s not exactly Assassin’s Creed, but these new aspects make dungeon crawling in Persona 5 much more varied and nuanced than before.

Turn-based combat has always been at the core of the Persona experience, and this time around things are no different. Personas – alter egos which aid you and your companions in battle – are still used, and fused, like before. Visiting Igor in the Velvet Room still allows you to improve your Personas to get more powerful attacks. You also still have a huge range of factors to consider in a fight – HP, SP, your team roster, enemy type and weakness, to name a few – but Persona 5 heaps even more layers on top of them. You can “Hold Up” a knocked-down enemy (brought back from Persona 3), and demand money or items, or do an All-Out Attack on them. There are two new Elements to consider when attacking – Psi and Nuclear – and you can opt to do a Baton Pass to your teammate mid-attack. There are also ranged weapons like guns (although bullets are at a premium).

“It’s not exactly Assassin’s Creed, but these new aspects make dungeon crawling in Persona 5 much more varied and nuanced than before.”

It all might sound overwhelming, but Persona 5’s hours-long Tutorial teaches all of the combat mechanics so well that you will soon be working all the angles like a ninja on steroids, and loving it. While always a strength of the series, combat in Persona 5 is the most fun yet – fluid, frenetic and fun, it is a game in itself and never grows boring or repetitive. And this time around, unlike in Persona 4, the difficulty curve is much fairer – played on Normal difficulty, it feels as if your skills increase in perfect parallel to your enemies’ strength. 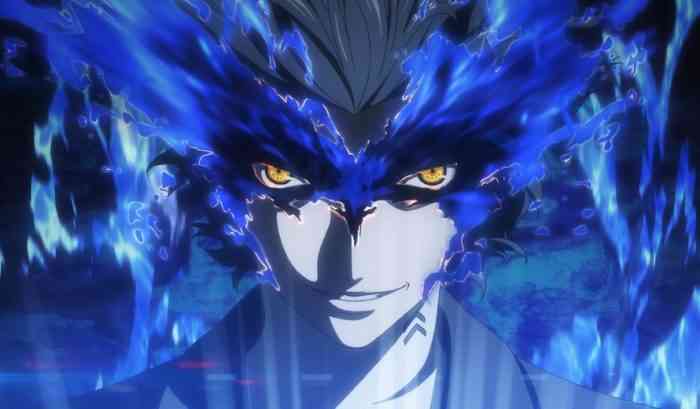 When you’re not battling in the Metaverse, there is the other core aspect of Persona – the social sim that is almost another complete game in itself. Develop friendships (Confidants), learn by studying and taking exams at school, enhance your physical prowess with training – once again, the daily offering of activities in Persona 5 is almost endless, and you’ll never lack for things to do. Don’t worry about getting sidetracked though, because the steady march of the days and months on the Calendar will always keep you focused on the Main Quest. And the best part is, everything you do will enhance your stats and skills while in combat. Unlike some RPGs, there is no such thing as wasted time in Persona 5 – all 100+ hours of it.

In your free time in the overworld, you’ll be blown away by the new bigger urban environments that Persona 5 has to offer. Realistic representations of actual Tokyo districts like Shinjuku and Shibuya make this a much more authentic world than in Persona 4. Atlus has also clearly spent a lot of effort in populating the streets, subways and other spaces with activity and life. Shops, back-alleys and even conversations you can eavesdrop on give Persona 5 a level of immersion that clearly surpasses its predecessors.

And we haven’t even mentioned the visuals yet. While Persona (especially 3 and 4) was already known as one of the coolest-looking JRPG series ever, Persona 5 takes things to a whole new level of stylishness. While you won’t find the photo-realism exhibited by many of today’s AAA games, Persona 5’s 3D Anime art style is simply gorgeous, and playing the game feels like a Manga come to vivid life. Über-cool, sleek menus and sumptuous art design throughout make Persona 5 positively crackle with style, and this is by far the best-looking entry in the series to date. Add to that, Shoji Meguro’s excellent score featuring elements of hip-hop, J-Pop, and Rock, and Persona 5 is a visual and musical feast. 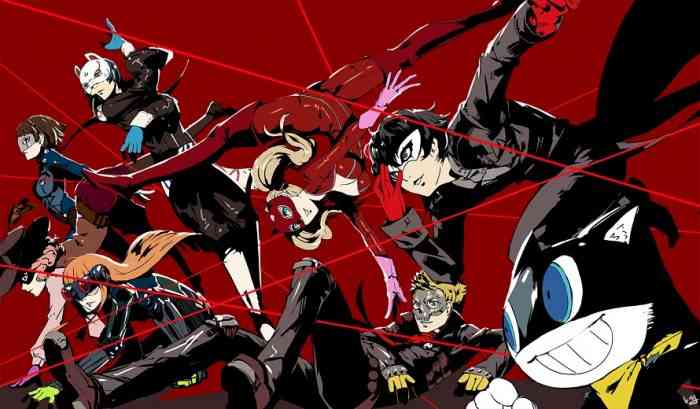 Things aren’t all perfect, even for a tour-de-force like this. Honestly, the dialogue-heavy gameplay drags on at times, with conversations that could have been a lot shorter, and long periods where you are just watching and reading instead of playing. Persona 5 also seems to have more translation quirks than pervious iterations as well, and there is the odd strangely-worded sentence that stands out. Oh, and Atlus is still as stingy with Save Points as ever, so be prepared to lose some playtime once in a while if you need to quit in a hurry.

But taken as a whole, Persona 5 is an incredible gaming experience. With so much to do, so many elements all perfectly balanced and perfected, it’s a showcase of great game design. After 10 years, the wait has been well worth it, and Persona 5 has somehow exceeded our expectations and shown us once again why this is the best JRPG series of all time. 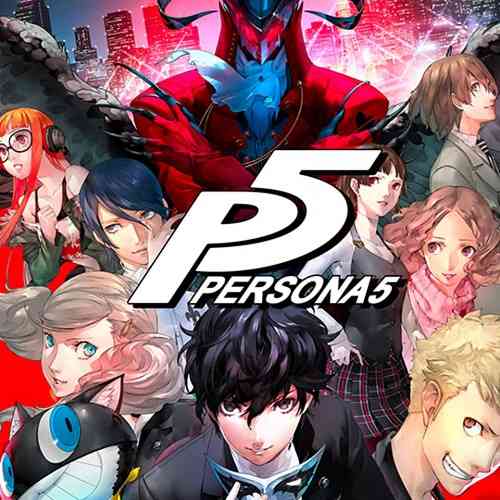