Getting back into the world of Mafia 3 and the city of New Bordeaux felt homier than I would have imagined. I was able to appreciate the 60’s era atmosphere, sounds, and sights without the expectation that the main campaign came with. The first of three story DLC’s, Faster, Baby!, focuses on the rural township of Sinclair Parish, located on the southwest fringes of New Bordeaux as an addition to the larger map. This piece of DLC takes a different approach, instead focusing on high-speed chases through the vast fields and settlements located across the parish but it lets go of that emphasis as soon it hits its climax.

Lincoln Clay meets with an old friend from the main campaign, Charles Laveau, as the pair set out to take down sheriff Walter “Slim” Beaumont following the murder of a civil rights activist. Lincoln is paired up with Charles’ daughter, Roxy, and a hippie-type friend named MJ who, of course, grows weed in his spare time.

The opening act was filled with hilarious quips and general banter between the trio that immediately made me care about the characters. The dialogue was almost overbearing in its ability to make me grin from ear to ear, wishing that the entirety of Mafia 3’s main adventure had been spent with the group of friends. While the story isn’t long enough to explore the characters to any serious degree, it manages to tell a fun, contained story.

“The constant sirens, explosions, and the sound of log traps smashing into police vehicles make these missions an audio visual treat.”

But where it really gets special is in its mission design. Faster, Baby! is essentially the Mafia version of Twisted Metal. As the name hints, the story focuses on multiple chase sequences and destructive joyrides across Sinclair Parish as you take down the Sheriff’s small empire. Dozens of squad cars chase Lincoln and Roxy across the township with traps and ramps scattered everywhere. The constant sirens, explosions, and the sound of log traps smashing into police vehicles make these missions an audio-visual treat. One objective has you smash through a town that is designed with driving in mind as the player hops on rooftops and drifts into marked stands as Roxy perches out the window shooting explosive barrels. I could only compare the experience to Twisted Metal as I launched from a rooftop ramp and smashed through a giant donut sitting atop a pastry shop before shooting the rear left tire of a squad car and then braking to avoid the spinout of the 2-ton hunk as it flew above me and rammed into police backup. 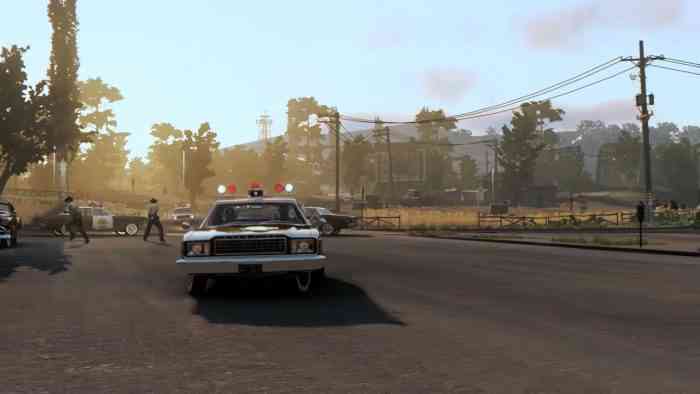 It doesn’t end there, as there’s a whole other side to this DLC; growing weed! ‘Faster, Baby!’ includes a weed growing side mission slash economy feature wherein players acquire new strands of the plant to upgrade and sell in the different districts. The yield, growth rate, and quality of the plants can be upgraded and you can even create new strains once you reach a higher Herbalism level. The side missions in this thread have you taking out goons to snatch the new strain of drugs but unfortunately aren’t all that interesting. The economy system presented is quite useless for players who have already completed the game and now want to play the next piece of content. Why toil away raising the value of your drugs when you don’t need to use the money you’d make on anything? The Herbalist side mission seems like something more appropriate in the main campaign whereby I was getting my butt handed to me, running out of ammo and health. Maybe you’re supposed to stockpile for the next two pieces of DLC?

“I would have expected more of the first batch of missions which are also, unsurprisingly, the most fun and best written.”

It’s as if Faster, Baby! is split into a trinity of missions whereby you have the first act consisting of explosive high-speed chases, the second act tasking you with your everyday Mafia objectives, and the final act focusing on the economy. In a DLC that’s called ‘Faster, Baby!’ I would have expected more of the first batch of missions which are also, unsurprisingly, the most fun and best written.

Faster, Baby! starts off with a bang in its ferocious high-speed chases and demolition derbies but slows down after a string of repetitive missions. Its characters are superior to those found in the main campaign but its story is too short to have any lasting impact. But even then, its first few missions almost make this a must play especially for anyone waiting for a Twisted Metal sequel on PS4! 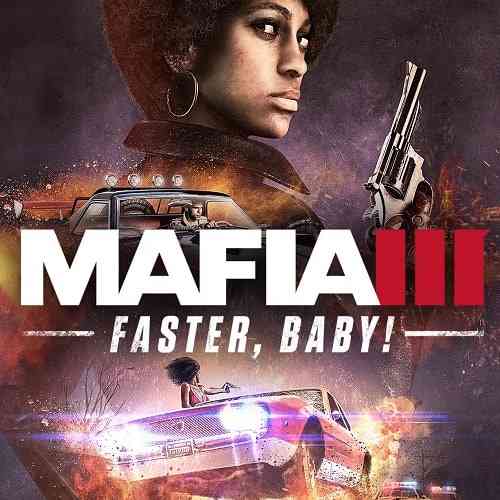