No Man’s Sky Beyond Review

To say that No Man’s Sky has come a long way since its initial release back in 2016 is a huge understatement. That launch version, infamously, failed to live up to fans’ massive expectations. But Sean Murray and Hello Games have slowly, painstakingly, worked to turn the narrative around with a series of substantial updates. With Atlas Rises, Next, The Abyss and Visions, not to mention a slew of patches in between, No Man’s Sky has added a beefed-up main quest, more biome diversity, underwater gameplay, base building and tons of improvements to smooth out the experience for both newbie and veteran. And now comes No Man’s Sky Beyond, possibly the biggest update yet, with its two massive additions: full multiplayer and VR functionality.

As a player who’s put in over 100 hours into No Man’s Sky since launch, I was eager to check out the VR mode in particular, and I was not disappointed. I’ve played many PSVR titles and I can honestly say that No Man’s Sky is easily one of the best VR games on the platform. Hello Games has translated the entirety of the game into a full, 360-degree, 3D experience that I found highly enjoyable. You can use either the Move or DualShock 4 controllers, and the interface, specially designed for the new VR version, is intuitive and smooth. On land, VR actually enlarges the field of view so that I felt much more immersed in the planetary environments I visited. Fauna interactions in particular are much more satisfying in VR mode.

In space, no one can hear you gasp (thankfully), and that’s a good thing because No Man’s Sky in VR conveys much more effectively the breathtaking sense of scale that should define realistic space travel. Approaching a planetary body in three dimensional space gave me goosebumps as I could physically feel my smallness in a vast universe. In both space and on land, though, there is a visual downgrade. While the field of view is better, everything is blurrier, and I couldn’t shake the feeling that I needed to blink and clear my eyes. It’s a necessary trade off, it seems, in order to make VR work on such a grand scale.

But in VR, I could fully appreciate some of the many improvements in detail and diversity No Man’s Sky has added in previous updates, especially on planets. There is much more variety in the flora and fauna you can interact with, and I’ve seen some truly bizarre and impressive things that I never saw in the original iteration. On one planet, my Visor picked up an animal but I could not see one. Then, I noticed the rocks moving, undulating though the sand like a snake. I realized that this was the animal my Visor was sensing. As you make your way further into the galaxy, No Man’s Sky Beyond now truly offers that cool sense of discovery that players originally got excited about. 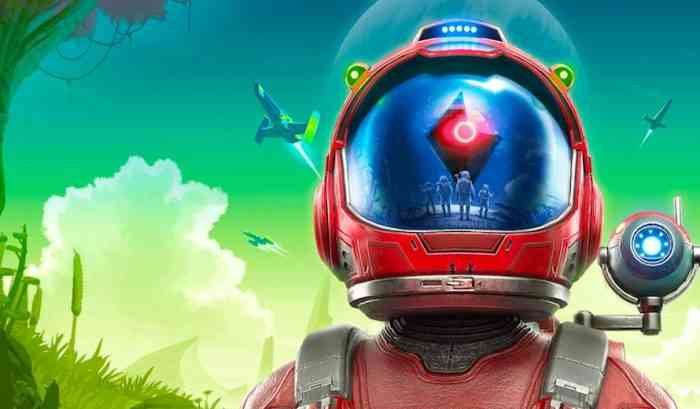 To be honest I’ve enjoyed No Man’s Sky as a solitary experience for a while now, happy to work on my base and never see another human player. But the prospect of real multiplayer promised by Beyond had me intrigued and I made my way into space, called forth the Anomaly (the new Hub for multiplayer) and browsed what it had to offer. Multiplayer in No Man’s Sky involves signing up for co-op mission at the Hub for rewards, a la Destiny. Most of them involve retrieving something valuable for a reward of Units (currency), or Nanites (a tradeable commodity). I didn’t find anyone else willing to join me, so I tried a couple of missions solo and they were fine if a bit bland. I imagine these missions are more aimed at newer players for whom a reward of 200,000-plus units would be a nice prize. For a longtime player like myself (who regularly earns that much scanning planets with an upgraded Visor), they were a bit too straightforward to entice me back for more. But it’s a nice start.

But I found that the Anomaly does offer lots for veterans as well. A whole new room full of vendors has been included, with upgrades and parts for your base, Exosuit, Exocraft and Multi-Tool. I love that I can now access these goodies by simply buying them with Salvaged Data (pretty easy to come by) instead of going through a series of laborious missions first. There’s also a handy tech-tree that visually lays out what you can buy and how to unlock it. It’s all part of the many quality of life improvements that Beyond brings that, when put together with everything the previous updates added, make the No Man’s Sky experience much more user-friendly (and frankly fun) experience than it was at launch.

In my experience, the new power mechanic added with Beyond is a mixed bag. It certainly enhances the realism of base building but it feels unfinished. Some objects, like my Teleportation Portal, need power, but others curiously don’t – like my large Refiner. The Biofuel generator seems useless as I would have to constantly refill it with carbon, so I found the Solar generator to be my only power option. All of the wires connecting everything also make for a pretty ugly-looking base after a while, and here’s hoping that future patches refine this and the entire powering-up experience.

As always with No Man’s Sky though, there are still lots of bugs and frustrations to be endured. This game is almost legendary for its various annoyances and it should surprise no one that that’s still an issue even after Beyond. I have fallen through the floor of my Freighter and succumbed to the icy vacuum of space; I have lost countless windows, lights and even my Specialist Terminals without warning; and for the life of me I cannot figure out a way to hook up my brand-new Health Station. I’ve heard of tons of other issues including players losing everything after they tried a co-op mission – yikes. Us old-timers are used to frustration playing this game, and we’ll keep rebuilding and carry on as always. But I am not sure if newcomers will be able to endure such challenges and stick with the game long-term.

If you have never played the game before, the No Man’s Sky Beyond update is a perfect opportunity to start. It’s become a very player-friendly game and it is chock-full of fun things to do. Play it as a science-fiction Minecraft if you like, and build the base of your dreams. Or, take to space and explore like a Star Trek captain. And if nothing else, this is one of the best VR games you can play right now, period. If you can stomach all of the bugs, glitches, and other irritations, you’ll enjoy your time with the game. For us long-time players, Beyond is just the latest in a long series of improvements – but boy is it a big one. And like all the previous updates, it’s completely free.

** No Man’s Sky Beyond is a free update for all current players on PC, Xbox One and PS4 ** 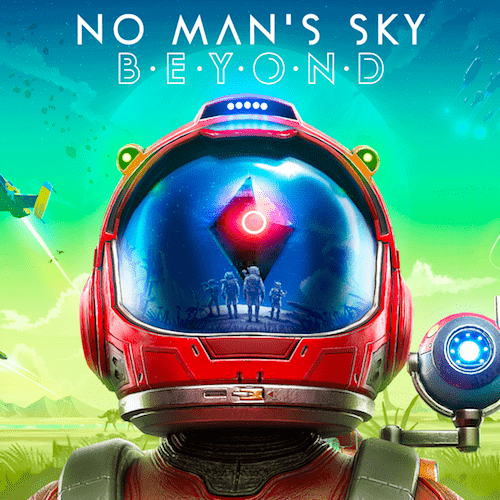 Bad Video Games: To Fix or Not to Fix, That is the Question

No Man’s Sky Prisms Update Implements HUGE Visual Improvements
Next Never Give Up Review – Push it to the Limit, But in a Good Way
Previous Mable & the Wood Review – A 2D Metroidvania With a Twist