Masters of Anima Review – Trainee of Gameplay and Characters

Masters of Anima is an adventure game from French indie developer Passtech Games that offers a fun little experience with a creative combat system, where strategy is the most vital characteristic. We are welcomed to the world of Spark, where a naturally occurring magical energy called Anima can be harnessed to construct creatures and bend their wills to fight for you in battle. Those who learn to control this energy are called Shapers, and they must pass various tests and trials in order to earn the title of “Master.”

This is where we meet Otto — our guileless and ridiculously optimistic protagonist who is just trying to pass his Shaper trials so he can marry his girlfriend, Ana. Otto is an apprentice who finds himself responsible for fighting against an evil villain named Zahr, who steals Ana and splits her into pieces that we must go and retrieve.

Otto has the ability to form creatures called Guardians, who come in five different forms and fulfill specific roles in battle. Without his Guardians, he is essentially just a skinny, useless little dude who is unable to take more than a few hits in battle or cause any sort of substantial damage to his enemies. We advance through Masters of Anima with a top-down view of the scene so that we have a tactical view of the battlefield and all of the Guardians we command. 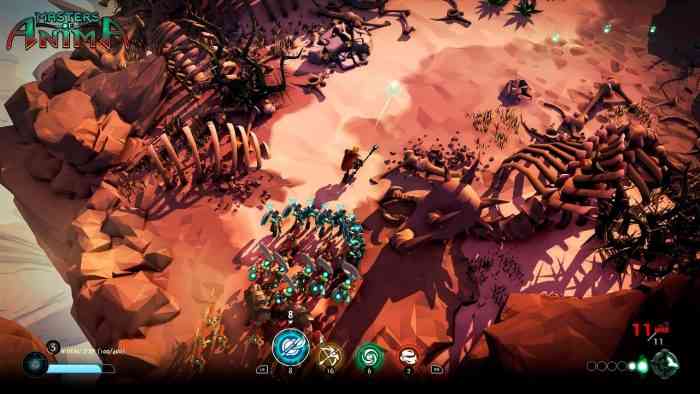 Strategy is critical because there are no minor battles in Masters of Anima. There are big battles, and then there are bigger battles. This is not the type of game where you hack your way through simple enemies just to get to a boss battle that finally poses a challenge — all enemy battles in Masters are lengthy and demand effort. That being said, there are only a handful of enemy battles per level, and the rest of the gameplay in between is spent doing small puzzles that offer little stimulation.

In battle, you will have to be aware of everything. Moving different Guardians around to avoid impending attacks and positioning them strategically is a huge part of what you will be doing during combat. As you progress through Masters of Anima, you are allowed to control a certain amount of Guardians at a time and will have to choose which types to create and how many of each one you want fighting in your army. Some Guardians attack from a distance, some play more of a support role, and some must be up in the enemy’s face for effective combat. Mechanically, it takes some time to get used to control them, as you can only control one class of Guardian at a time and many times you will find yourself somehow commanding the wrong one or unable to single out individual Guardians and instead rounding up the entire group by accident. However, the combat still shines because it offers a wonderful and original opportunity to manage a team and decide tactically how it functions, and skill lines for each category of Guardian leaves room for upgrades and customization. While the rest of the game is relatively unimpressive, the combat holds it up enough to make it entertaining to play through.

“…there isn’t really much story beyond: Fight the bad guys taking over the world, and get the pretty girl back.”

The storyline and characters are really where the game falls short. The plot is basic and not terribly original, and there isn’t really much story beyond: Fight the bad guys taking over the world, and get the pretty girl back. The characters are also not written to a point where we can care about them in any meaningful way. Otto is a fairly neutral guy: he doesn’t do anything to make me not like him, but his incessant whining about Ana and painfully single-minded motive doesn’t exactly win me over either.

The gameplay itself outside of combat is relatively stagnant. You go through different levels that are designed in a cute artistic style with beautiful, colorful scenery, but you interact with the same puzzles and perform the same actions nearly every time. The game is very linear and directed, so there is no room for exploration or wandering — something I don’t expect in a game of this type, but would have enjoyed had there been more options than just running down the same path it forced me to the whole time. 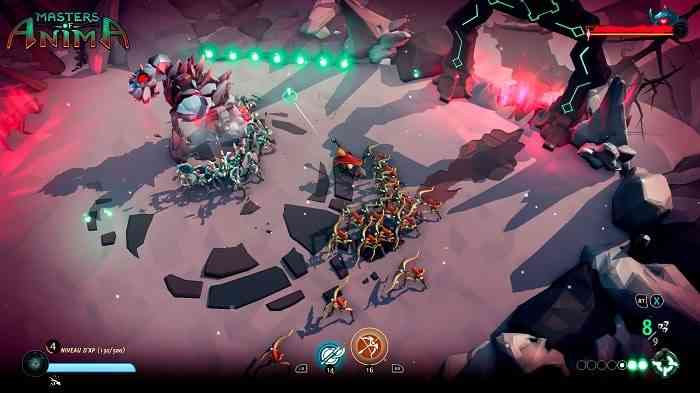 At the end of the day, I would highly recommend this game for kids, or for someone looking for something a little different and wants a simple game without a lot of investment. It was refreshing to command my own army with a unique and strategic combat system that required more than just slashing away at AI bad guys, and that kind of tactical reasoning is wonderful for children whose minds can be kept sharp without a deep storyline that they probably wouldn’t be concerned with anyway. The game is not difficult, but certain battles are challenging enough that you will most likely have to give it a few attempts. Overall, this didn’t provide a particularly memorable or impressive experience, but it did keep me entertained. It leaves much to be desired in the way of a nice soundtrack and varying level design, but it achieves at least the most important element of gaming: fun. 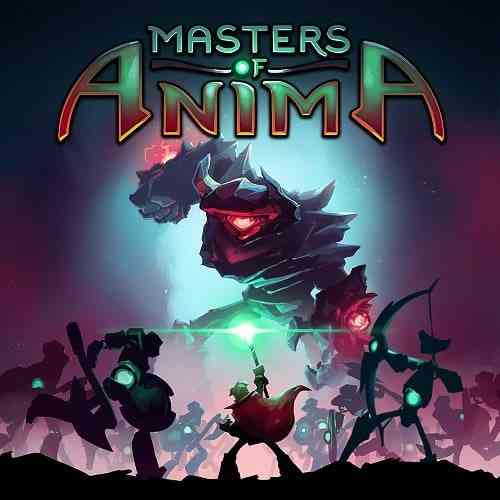 A Plague Tale: Requiem Trailer Revealed at E3
Next The Witch and the Hundred Knight 2 Review – Colorful but Dull
Previous Extinction Review – The Harder They Fall