New World Interactive’s tactical shooter Insurgency: Sandstorm has been planning a console release for some time, but has been met with delays. The game came out on PC back in 2018, but thanks to a certain leak, Xbox and PlayStation fans may be playing it in late September.

Maximum Games, who works with publishers like Focus Home Interactive, tweeted out a link to Game.co.uk, where Insurgency: Sandstorm could be pre-ordered. This retailer lists the release date as September 29th. There is no other official release date given, but a Spring/Fall release window is what Focus Home Interactive was aiming for, so this tracks. 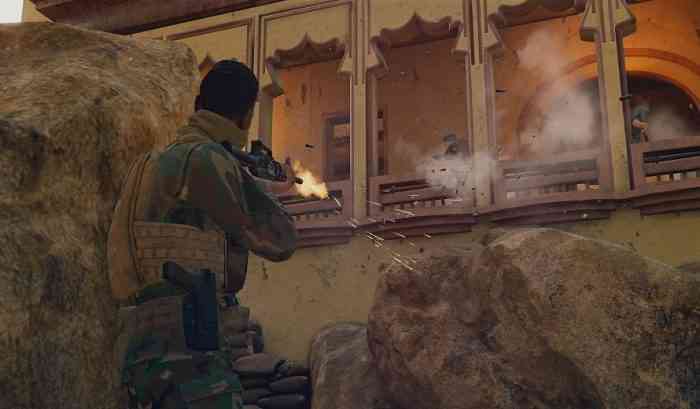 The console release plan includes support from Xbox One, Xbox Series X|S, PS4, and PS5, but the Game.co.uk purchase options only include an Xbox One/Series X|S and PS4. EB Games/Gamestop also has September 29th listed as the game’s release date, but only for PS4 and Xbox One. Definitely wait for an official announcement from New World Interactive before placing your order.

Insurgency: Sandstorm boasts PvP matches with up to 20 players, up to 8-player co-op, and fully customizable weapons and firearms. There have been several updates to the game since it was released on PC, so we are assuming that they will implemented upon launch on the console versions.

The console version of Insurgency: Sandstorm was meant to release in 2018, but evidently those plans fell through. Hopefully, this release date is the real deal and that there won’t be any more delays. Insurgency: Sandstorm is out on PC and is expected to come out this Fall for Xbox One, Xbox Series X|S, PS4, and PS5.

Will you be playing the game on console or stick to PC? Let us know in the comments below.