For this story, we have to travel back in time. It was a simpler time—a time before the plague. Yes, I am talking about 2019. In May of 2019, Asobo Studio launched a wonderful, engaging, and charming game, which was also full of pain and sickness to make your skin crawl. We reviewed A Plague Tale: Innocence back then, and just like any good disease, here it comes again!

This time, A Plague Tale: Innocence is back with a brand new makeover. On the Xbox Series X|S and PS5, the game boasts 60 fps, 3D audio, and 4K resolution. It looked great when it came out in 2019, and now it looks even better. I played A Plague Tale on Xbox One less than six months ago, and I loved every minute of it. Playing it again on Xbox Series X, it’s just as enjoyable… but faster! 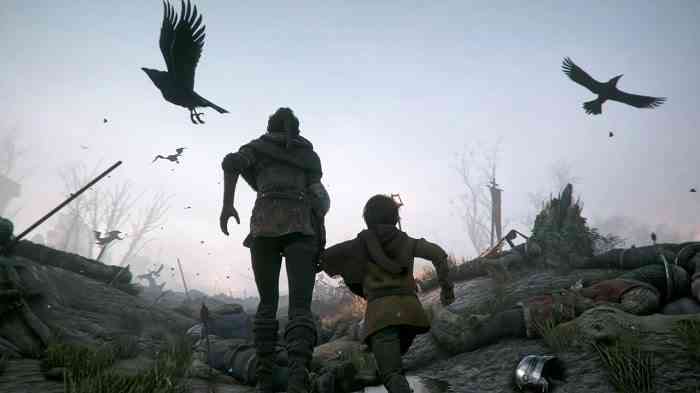 If you have not played this game… What. Are. You. Waiting. For. Before playing A Plague Tale, I had heard nothing but good things, and it lived up to its reputation. The gameplay is great. The story is engaging. The performances are powerful. The tragedy is painful. The rats are everywhere. You got rats bursting out of the ground, dead horses, etc. If Asobo Studio could get away with showing rats literally out the wazoo, there would be enough for that.

You play as Amicia de Rune, taking care of her younger brother Hugo de Dune, who you briefly control. Amicia is equipped with her trusty sling, which is used to fight off enemies and cleverly navigate her world. Throughout the game, she also learns how to craft special types of ammunition and throwable chemicals, again, to do things like light/extinguish fires and leave enemies vulnerable.

Throughout Amicia’s journey, she will find many times when she can choose between sneaking past guards or engaging them in combat. She will also meet allies who possess special abilities, such as opening locks and silently taking down enemies. Amicia’s gear can be upgraded at workbenches found throughout the game. These upgrades increase the effectiveness of her sling and her craftables; wherein lies perhaps my only criticism of the game…

My precise critique of A Plague Tale: Innocence may not even be a huge issue for many players. The crafting and upgrade systems use the same resources, which can be found on every level, making them scarce. What I take issue with is that whenever you reselect a previous level through chapter selection, Amicia’s upgrades revert to what she had when you first play that level. The same goes for your resources.

Basically, once you start a level for the first time in your save file, that stuff is locked in—no ifs, ands, or buts. There are achievements/trophies tied to fully upgrading your sling, but again, that affects a very specific type of gamer. Thankfully, there is some cheese that allows you to upgrade everything through totally legitimate* means, which I will not disclose here. If you intend to use the cheese, there are forums out there on the internet that you can look up.

*not legitimate at all 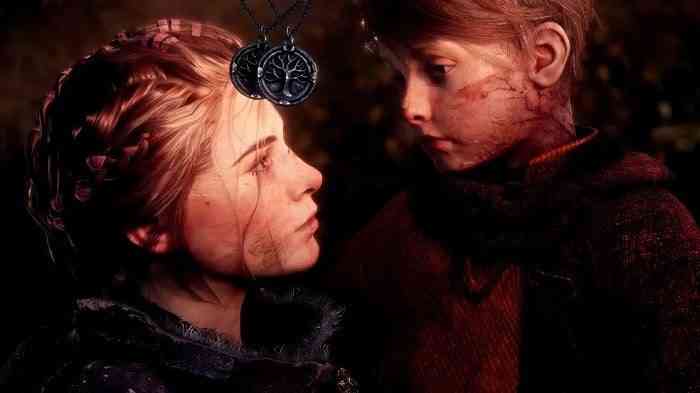 Since this is the upgrade version of A Plague Tale: Innocence we’re talking about, you might want to hear about some of the improvements. There isn’t any bonus content or other modes to speak of. The graphics are not drastically different either. They are better, but not by leaps and bounds.

One noticeable difference is that the loading is faster. While I played, I was watching a playthrough someone was doing of the Xbox One version. I was following along for collectibles, and at times, we were at the same parts, same loading screens, but I noticed the Xbox Series X version loaded faster. I guess it is to be expected, but it is noted.

What more can we say about this upgraded version of A Plague Tale? It was a great experience when it came out in 2019, and it still is two years later. It is not made better in any major way, but it cannot be improved without fundamentally changing the game, which I am thankful it did not. If you have not played this game, you are doing yourself a disservice.

***Xbox Series X|S key was provided by the publisher*** 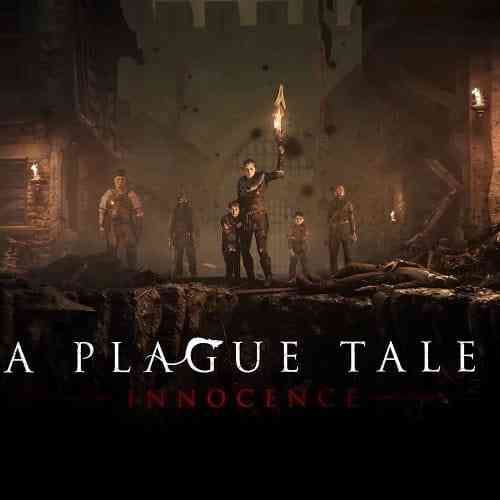 Cyberpunk 2077 Stream May Reveal PS5/Xbox Series X|S Upgrade
Next Labyrinth City: Pierre the Maze Detective Review – A Charming Way To Lose Yourself
Previous F1 2021 Review – Step Up to the Podium