Another Settlement Needs Your Help

Fans have a hard time coming to a consensus on the best Fallout game. For many, Fallout 3 was their starting point in the series. Others love the quirkiness of Fallout: New Vegas. Those with more of an FPS inclination favor Fallout 4, which will be getting an upgrade. We try not to talk about Fallout 76.

Earlier today, Bethesda announced that Fallout 4 will be getting a free upgrade for owners. It will be available on PC, PS5, and Xbox Series X|S. Bethesda’s website says that it will include several features. It will have a performance mode for high frame rates, a quality mode for higher resolution, more Creation Club content, and of course, bug fixes. 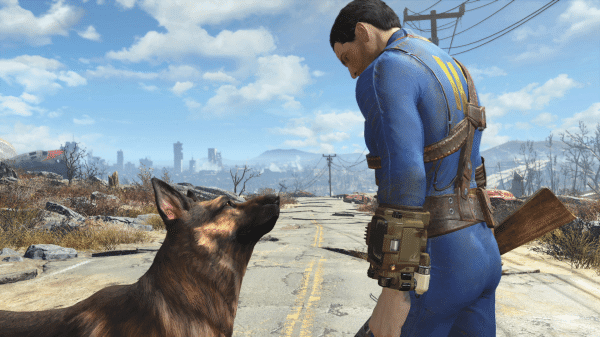 Fallout 4 is available on both PS Plus and Xbox Game Pass. Subscribers with a PS5 or Xbox Series X|S could benefit from this update for just the subscription fee.

The free update is expected to launch in 2023. Unfortunately, there is no solid release date though. It may spell bad news for PC players. Sometimes big updates like this can affect a number of mods and script extenders.

Fallout 4 is available on PC, PS4, and Xbox One. It will be available native to PS5 and Xbox Series X|S at an unspecified time in 2023.

Where does this game fall on your Fallout tier list? Let us know in the comments below.