The Sky Is Calling

Microsoft may have made their big break into the gaming-sphere with Xbox in 2001, but their beginning is much earlier. The longest running series for the company is Microsoft Flight Simulator. This year is the 40th anniversary and Asobo Studios is marking it with a big update.

Regular World Updates have been giving players more and more locations to visit. New ways of flying are always coming as well. Even less than real aircrafts are available, like Halo’s UNSC Pelican. Microsoft Flight Simulator 40th Anniversary adds dozens of new items and it’s all for free. 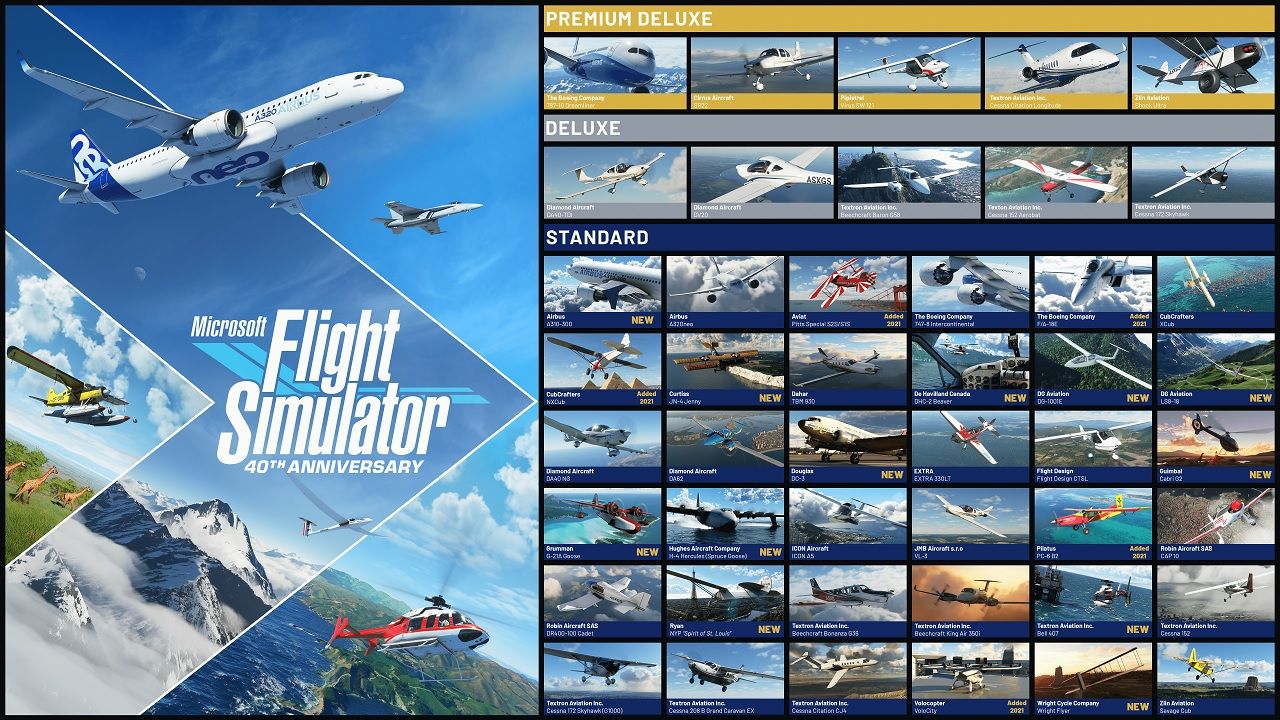 The game has a Standard, Deluxe, and Premium Edition. Each of them has a tier of new content available for this update, the majority of which is unlocked for the Standard Edition. The release notes say there is “1 true-to-life Airbus A310 airliner, 2 helicopters and 14 heliports, 2 gliders and 15 glider airports, 7 famous historical aircraft including the Hughes H-4 Hercules (also known as the Spruce Goose), 4 classic commercial airports, and 24 classic missions from the franchise’s past.”

The sky is calling! ✈️

The 40th Anniversary Update for Microsoft Flight Simulator has touched down and is now available for download on PC and Xbox Series X|S.

Microsoft Flight Simulator is available on Xbox and PC Game Pass, so subscribers will get access to most of this content for free. To unlock the content in the Premium and Deluxe Edition, you must purchase them. You can play on PC, Xbox One, and Xbox Series X|S.

A Plague Tale: Requiem Video Review – Rats and Redemption
Next
We Were Here Forever Navigates Its Way Onto Consoles
Previous
Get Started Streaming With These Essential PC Gaming Accessories