Extinction Review – The Harder They Fall

Fighting enormous enemies in games has been a time-honored tradition for the whole span of the medium. There’s just something so satisfying about taking down someone who’s several times bigger than you. It makes you feel like a god, like an actual hero. Extinction looks to capture that same feeling in a huge, shambling way.

You play a Sentinel named Avil trying to stop the relentless advance of impossibly huge beasts known as Ravenii. There are precious few kingdoms still standing in the wake of these horrific 150-foot monsters. It’s up to you and your partner Xandra to stop the Ravenii from flattening what remains of human civilization. While there is a story to be absorbed, most of it is delivered in the form of text or static cut-scenes. There are brief animated scenes between chapters, but for the most part, the game is comprised of the action stages. This makes the game feel a bit bare-bones but at the same time, I appreciate the streamlined delivery at work here. This game knows what you’re here for and puts as little as possible between you and the action.

“Most of the action in this game walks a razor’s balance between satisfaction and rage.”

When you’re fighting giant monsters and doing almost nothing else, every aspect of the experience becomes pretty important. You also kill smaller monsters, rescue civilians and traverse the environment with a grappling hook, but these are window dressing. Each of those activities is merely training for your primary activity of Ogre killing. When it comes to this central mission I’m torn. On the one hand, felling these massive monsters is an inherently satisfying activity. On the other hand, getting to that point is sometimes deeply frustrating. In fact, most of the action in this game walks a razor’s balance between satisfaction and rage.

For example, movement in this game feels great! For the most part. From time to time, zipping around a city will have you slamming into a wall or getting detoured at the last second due to a mistimed button press. Fighting the smaller enemies is equally two-faced. Sometimes it feels visceral and potent, other times it’s merely a chore. Nowhere else is this dichotomy more apparent than when you’re fighting the Ravenii. 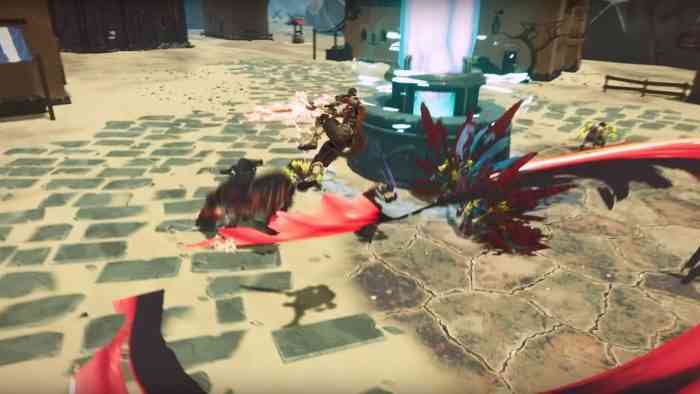 Your primary opponents in the game, the Ravenii, are twin forces of savage joy and blinding anger. It is stupidly easy for one of them to kill you. A direct hit with any one of their limbs can snuff you out in a flash. If you’re climbing up their back, they will often reach up and try to crush you flat. Here, two problems arise. It’s difficult to maneuver while on someone’s enormous back and shoulders. Often you’ve got nowhere to go fast enough, and you end up squished. The other problem is that you need to be traversing this deadly territory to finish off these beasts. So why not simply leap off and try again once the attack is concluded? Well, every mission is timed. If you delay too long, the whole town is destroyed and the mission is failed. In addition, sometimes you’ll be halfway through making your escape when that open palm pastes you to their skin. But there’s one other opponent to struggle with during these fights: the camera.

“I was compelled to continue, if only so the game didn’t get the best of me.”

Again, this problem isn’t a constant one. For the most part, the camera functions exactly as you need it to. There are just little moments, such as when you pass behind an Ogre’s arm, that it fails you. Whenever you want to destroy a piece of armor or sever a limb, you activate a rune strike. Doing so sticks you in slow motion and lets you wheel the camera around to center on your target. Sometimes said the target is nestled between a couple of limbs or on a Ravenii’s forehead. I had a devil of a time locking down how to get that rune strike function to behave the way I required. If you press it twice in rapid succession, you discover that there’s a short refractory period. How is this connected to the camera? Well, if you press it with the wrong timing, you end up clumsily spearing into a wall of unyielding flesh, achieving nothing. Often, you’re rewarded for this fumble by immediately being killed. Sometimes you get lucky and are only half-crushed, leaving you free to stumble away and try again. Between the camera and the sensitive control scheme involved in climbing and killing the Ravenii, Extinction had me both elated and enraged.

This dizzy dance of frustration and elation perfectly encapsulates my time with Extinction. I loved the feeling of annihilating the Ravenii. Mastering the slow-motion rune strikes meant I could bounce from limb to limb, disintegrating armor and severing limbs with reckless abandon. Yet I was stonewalled by the combat controls and the camera more often than I could ultimately reconcile. Eventually, the lows outnumbered the highs, leaving with me with a sort of grim determination to see my task through to the end. I was compelled to continue if only so the game didn’t get the best of me. In the end, Extinction delivers on what it promises: the opportunity to go toe-to-toe with 150-foot tall monsters, with the odds stacked soundly against you. Whatever other problems I may have had with the game’s execution and design, this one goal is achieved with admirable precision. As long as your expectations are narrowed in focus to this one particular task, Extinction will be just what you’re looking for. 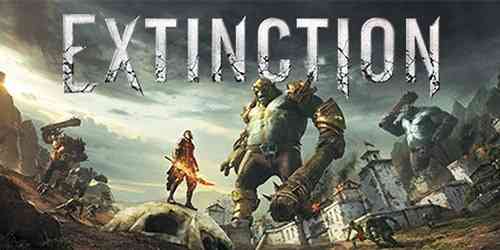