There’s something about top-down racers that make me feel like a kid again. Maybe it’s the tiny cars that look like the Hot Wheels I used to play with, or maybe it’s the hours I spent playing Micro Machines on PS1, or perhaps it’s the fact that these racers don’t come around very often? Whatever the reason may be, I can’t help but raise my expectations a little when a new one is announced. In recent years, overhead racers have ranged from being very good (Motorstorm RC) to very bad (Rock N’ Roll Racing) so when I heard about Mantis Burn Racing, I tried to keep my excitement to a minimum. Thankfully, Mantis Burn Racing exceeds on almost every level with wickedly fun single and multiplayer modes coupled with buttery smooth controls.

Right from the starting line, Mantis Burn Racing is all about getting you into the action as quickly as possible. The career mode is where you’ll spend the bulk of your time and it’s both addictive and robust. Spanning seven seasons with an increasing amount of races in each, there is a ton of content here. Each season requires you to have a specific amount of gears to advance. Gears are earned by simply winning the event or completing optional side challenges like staying airborne for eight seconds or by doing an “awesome” drift. These challenges are a welcome feature to the campaign and they provide a reason for completionists to come back and replay old races. Competing in races also earns you XP and in-game money to level up and unlock more vehicles. Along the way, you’ll pick up upgrades to improve specific aspects of your car like the suspension, engine, or boost. Sooner or later, the constant gameplay loop of completing races, gaining XP and money, and tweaking your cars, all becomes irresistible. There’s also a nice amount of different modes to participate in which keeps the career mode from feeling stale. Sometimes you’re racing against the clock in time trial, or fighting for your life in Knockout, a mode that eliminates the last place car after every lap. The difficulty wracks up quite nicely too, never feeling too easy or too hard.

“Sooner or later, the constant gameplay loop of completing races, gaining XP and money, and tweaking your cars, all becomes irresistible.”

None of the above would matter that much if it wasn’t for Mantis Burn Racing’s excellent pick-up-and-play controls. It’s clear that the folks at VooFoo Studios took extra care in getting the balance just right because getting used to the handling is probably the least of Mantis Burn’s problems. A misjudged drift or turn always feels like the player’s fault rather than imprecise controls. Vehicle types vary from light to heavy, and they each feel distinct in their own right. Light vehicles are brisk and probably the easiest to maneuver while heavy vehicles start off slow but usually have the highest top speed. It’ll take some time getting used to each one (sometimes you need to use a specific vehicle type) but thanks to the superb responsive controls, the learning curve isn’t very high. It also helps that the default camera mode in Mantis Burn Racing wisely trails behind the car. There are a handful of different camera angles to choose from like the classic isometric view that overhead racers are known for. While I would occasionally switch to this view for nostalgic reasons, I found it made the game significantly more challenging. 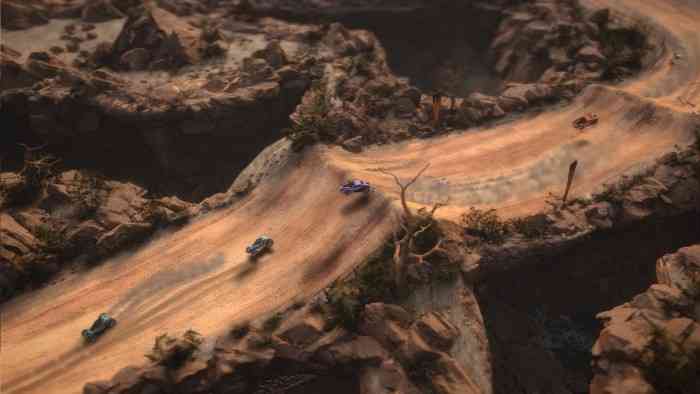 While career mode is the bread and butter of Mantis Burn Racing so to speak, it also has a respectably fun and smooth multiplayer offering as well. Thankfully, Mantis Burn Racing supports both local and online options and they both worked fine without any hitches. I was able to test out local multiplayer with four players and performance takes a bit of a hit, but it’s still a pretty smooth affair.

If there’s one major bump in the road with Mantis Burn that can’t go unnoticed, it’s the load times. It’s not that they are overly long there’s just way too many of them. Whether you’re just starting a race, restarting a race, or even ending one, you will always find yourself facing a loading screen and a very uninteresting one at that. It doesn’t make a good first impression and for a game that has such polished smooth gameplay, it’s a shame that the overall menu presentation doesn’t match up. There’s also a noticeable lack of personality and charm missing in Mantis Burn Racing, something I feel that should be present in all topdown racers. It takes itself maybe a touch too seriously for my liking, but it doesn’t entirely detract from the overall package.

“Mantis Burn Racing excels in being a casual and accessible racer for newcomers with excellent and responsive controls while offering a robust and challenging career mode for the hardcore.”

All is mostly forgiven once the actual races begin, though, as Mantis Burn Racing is one pretty looking game. It doesn’t lean on trying to be as realistic as say Forza Horizon 3 or DriveClub, but it definitely isn’t a pushover. The tracks themselves look particularly good, especially in the latter half of the career. The glimmer on the water, or watching the dust kick up from the sand behind your car are nice, small details that make the visuals pop.

They don’t come around as often anymore, but Mantis Burn Racing shows that the topdown racer is still alive and kicking. It excels in being a casual and accessible racer for newcomers with excellent and responsive controls while offering a robust and challenging career mode for the hardcore. While the load times can sometimes get annoying between races, the actual gameplay is fun whether you’re playing solo or with your buddies. 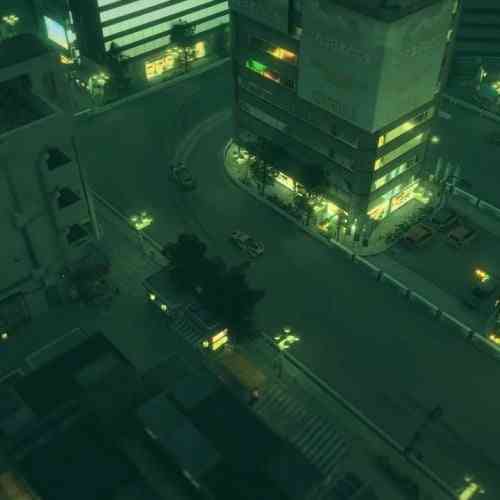 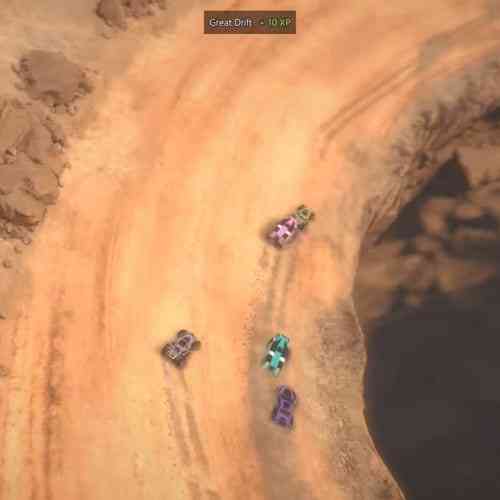 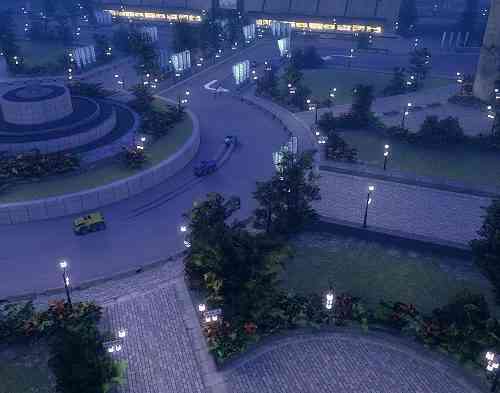 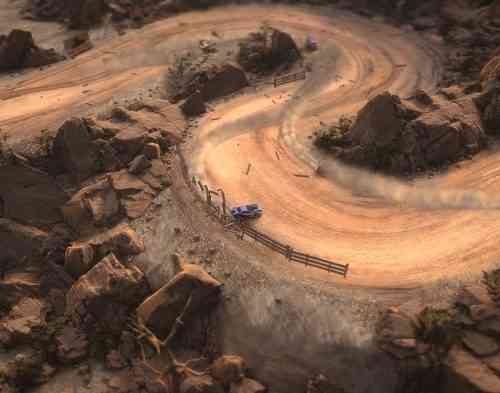 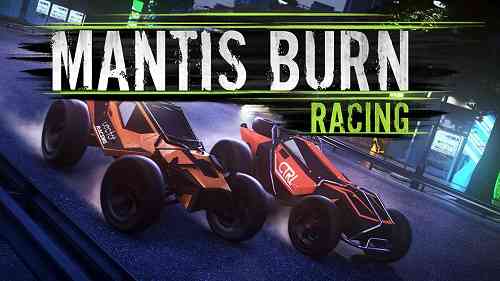