Two decades may have passed since Duke Nukem 3D first brought its ass-kicking violence and unforgettable one-liners to millions of home computers, but its contribution to the gaming landscape has not been forgotten. In fact, many still consider the one-man army shooter to be a pinnacle of the industry’s history, myself included, and this is just one reason as to why people are excited about the game’s return this very month.

Bearing a new subtitle, Duke Nukem 3D: 20th Anniversary World Tour is both a celebration and a mouthful. It’s an appreciated comeback, though, for a character who was once beloved but has since fallen on hard times. Those of us who were gaming back in 1996 remember it for all of the great fun it gave us, while this remastered version provides a great way for a new generation to see what all of the fuss was about.

“Those of us who were gaming back in 1996 remember it for all of the great fun it gave us, while this remastered version provides a great way for a new generation to see what all of the fuss was about.”

I may have played close to one thousand video games during my lifetime, but few hold as special a place in my heart as this game does. In fact, the amount of games that I hold in such high regard could be counted on one hand. This game – and its era – was very special to me, and it couldn’t have released at a better time.

Back then, my Super Nintendo was everything to me, and I spent many more hours than I probably should have with its great line-up of games. Then, in 1996, my family got its first computer – a Pentium 1, which opened my eyes to a new way to play video games. 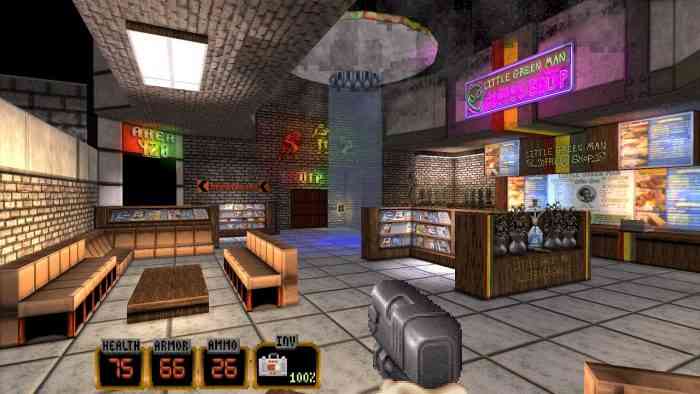 One day, we took a trip to a local computer store, in order to get special software and a special roller mouse for my handicapped sibling. It was there where I first set eyes on Duke Nukem 3D, as the first thing that greeted my friend and I were banks of computers set up for customers to try. Each and every one was in use, too, and every screen was showing an incredibly fun-looking, gloriously violent and badass video game that we had never known existed.

Thanks to lenient parents, and a pricing error that saw the game listed at $17.99 instead of its proper price, I walked out of that store with my very own copy on CD-ROM, and have treasured it ever since. Hell, all I did for the foreseeable future was spend hours upon hours playing it with friends. I guess a good word for that would be addiction, but it wasn’t in our vocabulary back then.

“It didn’t take long for the muscle memory to return, however, nor did I have trouble finding a lot of the secret areas I’d so often frequented during the mid-nineties.”

As much as I love the game, though, it’d been quite some time since I last played Duke Nukem 3D, so I was quite rusty going into Duke Nukem 3D: 20th Anniversary World Tour. It didn’t take long for the muscle memory to return, however, nor did I have trouble finding a lot of the secret areas I’d so often frequented during the mid-nineties. It was like reuniting with an old friend who I hadn’t seen for quite some time, and felt natural.

To its credit, Duke Nukem 3D: 20th Anniversary World Tour is an impressive beast. Not only does it include the core campaign that so many of us grew up with, but it also features bonus content that has never been seen, heard or played before. The highlight of this bunch is a brand new fifth episode, which takes Duke on a world tour, so to speak, as he does battle with a myriad of aliens in several of Earth’s most recognizable locations. From the catacombs and pyramids of Egypt, to the British Parliament and a weed shop in Amsterdam, there’s a bit of everything to be found here, and it fits like a glove. Furthermore, it’s aided by new technology and engine enhancements, which allow for some nice effects that simply weren’t possible all of those years ago. 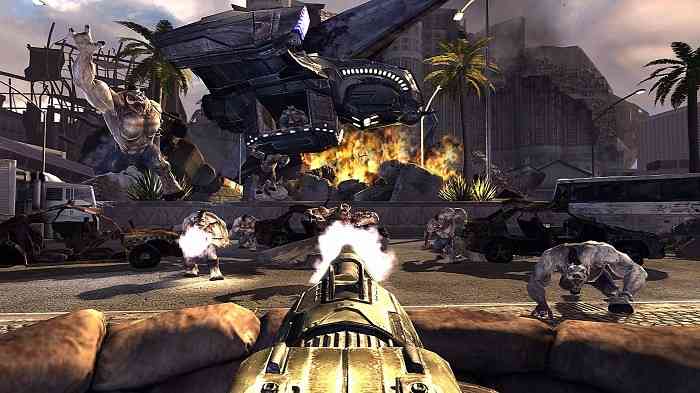 Each of the five chapters can be selected individually, which is nice, but the fun doesn’t stop there. In actuality, every single one of the game’s many missions can be launched at will, right from the main menu. As such, longtime fans can revisit their favourites whenever they please. This is also aided, then, by the fact that you can save your game at anytime and choose where to respawn after death, via a timeline feature.

Needless to say, it’s all impressive and appreciated.

Of course, what would new levels be without new one-liners? You’ll be happy to hear that original voice actor Jon St. John returns for the aforementioned fifth chapter, and adds his voice to some memorable new quips that fit in well with the iconic lines from yesteryear.

Hell, there’s even developer commentary for those with interest. It’s all optional, though, as you’d expect, and is toggled on or off by interacting with its related in-game icons.

Last, but certainly not least, is online multiplayer, which makes an appreciated appearance in Duke Nukem 3D: 20th Anniversary World Tour. I’m sure it’s a lot of fun, given how addictive the N64 version’s multiplayer was back in the day, but I unfortunately can’t share my opinion at this time. Why? Well, when I tried to connect and join a lobby, there were none to be found. And, when I created my own, no players joined it. 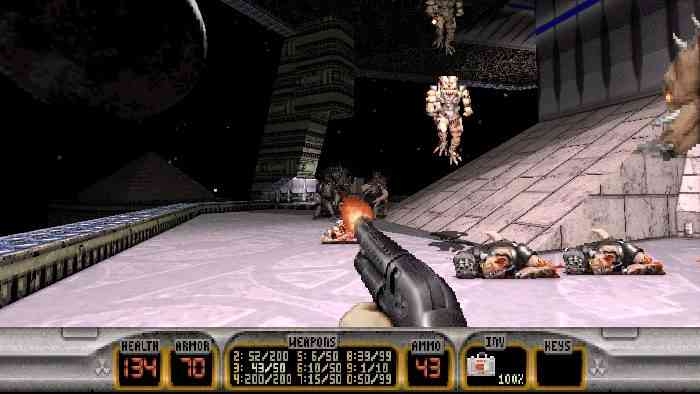 Presentation-wise, this is exactly as you’d expect. Everything looks and sounds the same (outside of the new stages, of course), and it’s all dripping with a plethora of nostalgia. The one-liners are memorable, the classic (and very dated) 2D/partial 3D visuals highlight how far gaming has come, and the gore is almost never-ending. It all run like a dream, too, with fast loading times and no noticeable hiccups.

If you’ve been a fan of Duke Nukem’s since the nineties, it behooves you to welcome him back by purchasing Duke Nukem 3D: 20th Anniversary World Tour. The game has never been better, and now it comes bearing a heap of new and exciting content that fans are sure to appreciate. Conversely, if you’re new to the franchise, why not start now and experience one of the industry’s greatest classics? It’s hard, yes, but it’s a hell of a lot of fun!

***This review is based on the PS4 version of the game, which we were provided with.*** 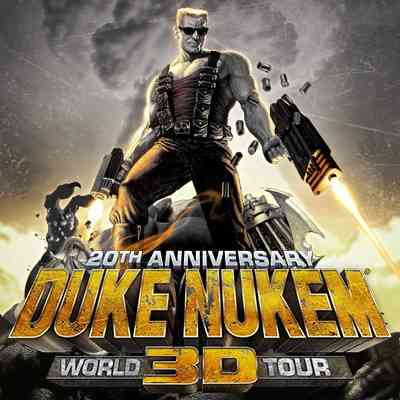