Borderlands just got a new update, much to the pleasure of the gaming community. Unfortunately, the experience was not entirely pleasant for everyone. Apparently, the update caused some major problems for three popular games in the series.

Gearbox rolled out the update with the intention of bringing some small changes to the in-game news feature of Borderlands, Borderlands 2, and Borderlands: The Pre-Sequel. All of these titles are part of The Handsome Collection. Unfortunately, something went wrong along the way. Now, some players have complained that they experienced some bizarre text anomalies. 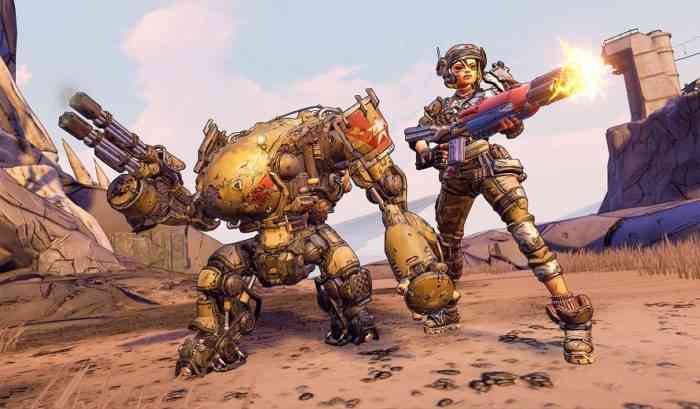 Devs are aware of this issue and currently hard at work at fixing this problem. “Today we released updates for BL1, BL2, and TPS,” devs wrote on social media. “We are currently investigating issues that have appeared since the updates went out including how some text is displaying and console players being stuck loading the game.”

Gearbox wants players who have been affected by these bugs to submit a ticket to 2K customer support. It would seem that not all Borderlands players were affected by the bugs. Those who were unfortunate, however, took to social media to complain about “weird characters between the numbers” in their mission counters. In some more severe cases, they complained that they lost their save files.

At the moment, it remains unclear if these issues are different or more prevalent depending on the platform the affected players are using. After all, the complaints came from PC, PlayStation, and Xbox users alike. It would seem that the bugs did not discriminate.

The exact cause of these problems also remain unknown. However, it is certain that they only started after devs rolled out the latest update for the collection.

Did the bugs affect your game? Let us know in the comments below.