We’ve all seen the movies – space is a scary place. Thanks to developer Ready At Dawn, now you can experience all the thrills of zero-gravity with none of the risks in the comfort of your home. With a gripping survival story and an unparalleled level of immersion, Lone Echo is sure to blow you away even in spite of a muddled finale.

As Jack, one of many robots aboard Kronos II, your job is to look after daily operations and act as a friend to the ship’s lone human, Captain Olivia Rhodes. Life is nice and peaceful on Kronos II for about 10 whole minutes, until a space anomaly threatens to tear the entire ship apart. With the help of Captain Rhodes, you’ll need to patch up the ship, get to the bottom of the mystery, and contain the situation before it’s too late.

Despite the clichéd setup, Lone Echo stands out from similar Sci-Fi stories by shining the spotlight on Jack’s relationship with Captain Rhodes. Right from the start, you get the sense that they are people who have grown to care deeply for one another over their time in space. They quip and jest as friends do. When you interact with Captain Rhodes, she reacts. Raise the peace sign and she flashes one right back. Put a hand on her face and she’ll brush you off and say something witty. Thanks to some excellent voice acting, all of these interactions – from the light-hearted teasing to a simple high five – feel real. The game also takes advantage of the contrast between Jack’s robotic nature and Captain Rhodes’s easygoing attitude to deliver lots of humor. As a result, you naturally become invested in Captain Rhodes’ well-being – which is Lone Echo’s ingenious way of maintaining the stakes in a survival story where the protagonist cannot die (Jack simply respawns in a new body). I kept playing ‘just five more minutes’, not to discover the secret behind the mysterious space anomaly, but because I wanted to know what happens to Jack and Captain Rhodes.

“Ready At Dawn has created a level of detail rarely seen in a game, and that’s certainly an achievement worth celebrating.”

As the game takes place entirely in zero-gravity, you move around by reaching out with your hands and pushing off of objects in the environment. It’s simple, intuitive, and a lot of fun – not to mention you’ll feel like a real astronaut. In situations that require fine maneuvering, all you have to do is point in any given direction and deploy your built-in wrist-thrusters. These clever uses of the Oculus Touch controllers eliminate any motion sickness, as your mind is always aware of which way your body is going.

Of course, virtual reality immersion also requires great visuals – Lone Echo has that covered too. From the wiring in your robot arms to Captain Rhodes’ subtle facial expressions, to the random notes scattered around Kronos II, the attention to detail is simply astounding. The view of Saturn from the command deck is guaranteed to make your jaw drop. Remember the Oculus Touch demo, First Contact, where all in-game object could be grabbed and thrown around? Lone Echo does the same thing, only across the entire game. Sure, there’s no point in creating more space debris, but being able to pull open lockers and whack balls across the ship with a baseball bat adds a whole new layer of immersion. There’s even a model RC space shuttle you can fly. Everything behaves as you’d expect them to in the real world. Also impressive is your scanner, which is capable of pulling up pages of information on every visible material. Ready At Dawn has created a level of detail rarely seen in a game, and that’s certainly an achievement worth celebrating. 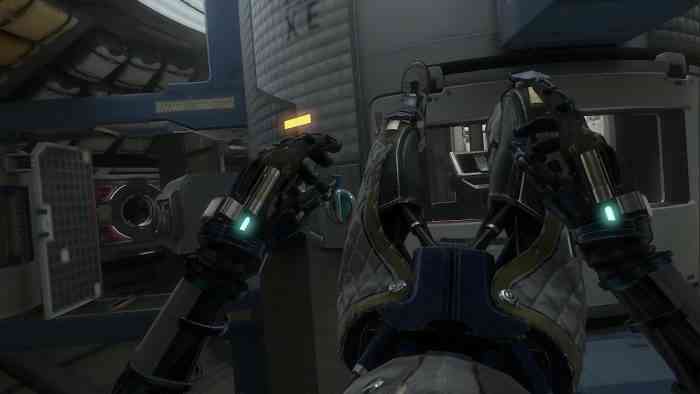 Some adventure games send the player on a series of fetch quests. Luckily, that’s not the case here at all. Though the bulk of Lone Echo tasks Jack with making similar repairs to various systems inside and outside of Kronos II, each objective features ample variation to keep things fresh. One mission had me securing loose luggage and another had me diving headfirst through a hall of laser beams. It’s only toward the end that Lone Echo, unfortunately, runs out of steam.

The majority of Lone Echo’s campaign is amazing. Act one has you poking around Krono II, and act two even offers you a degree of freedom to explore outer space and tackle missions in the order you see fit. Act three, however, is a different story. Without going into spoilers, Lone Echo trades in its survival story in favor of full-on Sci-Fi, and things suddenly turn into a game of The Floor Is Lava, where physical contact with nearly all surfaces result in instant death. This forces you to unlearn the push-and-pull-on-objects movement system that you’ve now grown accustomed to, and instead rely solely on your wrist-thrusters to get around. To make matters worse, the environment is dark and indistinctive, making it outright difficult to figure out where you’re supposed to go. The mission objectives also grow repetitive, most of which involve cutting open a door, pushing a button, and recharging a battery. It’s a two-hour long maze that feels like what should’ve been a 15-minute segment – a real shame when you consider how brilliant the rest of the game is.

“For the first time ever, I truly felt like I was in space, an experience only made possible with the power of virtual reality.”

For those curious about Lone Echo’s length, my playthrough took me a good six hours – and that’s without stopping to enjoy the sights. There’s also a handful of optional side-missions and collectibles in the form of satellite cubes, which unlock audio recordings when scanned.

It’s difficult to convey Lone Echo’s level of immersion in words. It’s something you have to try for yourself. The game gets so many things right, from the player’s relationship with Captain Rhodes to the interactivity with the environment, that I’m willing to overlook its disappointing finale. For the first time ever, I truly felt like I was in space, an experience only made possible with the power of virtual reality. And for that, I can’t recommend Lone Echo enough. 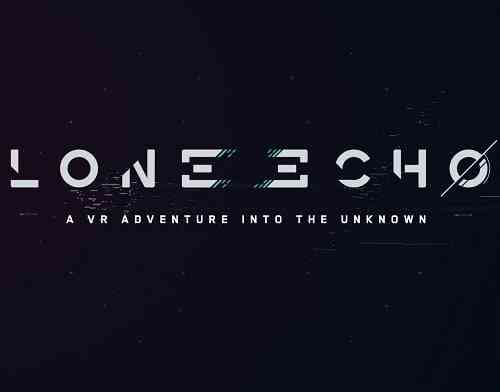