‘First time, huh?’ my teammate asked, after noticing how helpless I was in zero-g. I nodded. To my surprise, she jetted up beside me and boldly took charge. ‘Well, grab onto me. I’ll boost you. Welcome to Echo Arena.’ And boost me she did.

We catapulted out of our base Iron Man-style – with me clutching onto her shoulder for dear life – toward a floating disc in the center of the arena. In the perfect world, I would’ve caught the disc, juked the entire enemy team, lobbed a Hail Mary, and scored in one fell swoop. In reality, I caught only a fist to the face, much to the amusement of my teammate. Watching the chaos that followed, with both teams giggling as they traded punches, it was obvious that Ready At Dawn has created something magical with Echo Arena.

Combine the basic elements of ultimate frisbee with the verticality of Quidditch, then sprinkle in some visual influences from the Ender’s Game movie, and you have Echo Arena – an Oculus-exclusive multiplayer sports game. Echo Arena pits 5 v 5 in a symmetrical arena with the objective of tossing a disc into the other team’s goal. This sounds like a simple concept on paper, but the game’s complexity lies in the fact that matches take place entirely in zero-gravity.

Locomotion in VR has always been problematic, as teleportation breaks immersion, and artificial locomotion (through analog sticks) induces motion sickness. Echo Arena solves this issue by placing players in zero-gravity, where you can latch onto every surface (including fellow players) and push off to propel yourself through the environment. It actually feels so intuitive that I’m surprised no one else has done this. You also have wrist thrusters – which are slow but allow for course correction – and a booster pack – which provides a quick burst of speed at the cost of maneuverability. Those looking for a challenge will be happy to know there’s a steep learning curve when it comes to combining these techniques for efficient travel. Being rather physically inept, I often find myself being either too slow to catch up to the disc or too fast and overshooting it entirely. There’s a real sense of accomplishment when you finally start to get the hang of movement and perform your first interception (your teammates will be impressed too).

“Having everyone simultaneously dive after the disc is a recipe for an embarrassing defeat.”

Another benefit of the zero-gravity setting is the unpredictable nature of each match. You never quite know where the disc may spin off to after it ricochets off a wall. Enemies could hide above and below, coming at you from any direction. One moment, you might be sailing toward the end zone for an easy goal, and in the next find yourself bouncing off to god knows where after colliding with a rogue obstacle. All of these little things add to a sort of controlled chaos that Echo Arena so happily wears on its sleeve, leading to many memorable moments as you and your team scramble to adapt to plans gone horribly wrong.

As a sports game, teamwork and communication obviously play big parts in achieving victory. Having everyone simultaneously dive after the disc is a recipe for an embarrassing defeat. As landing a punch to an enemy’s head stuns them, it may be a good idea to assign roles, with some players acting as attackers and others as defenders. Verbal communication also helps you keep track your teammates, as it’s much easier to simply follow their voice than to scan along every axis for someone you can pass to. I only wish that Echo Arena had a ‘push-to-talk’ option, which would eliminate a lot of awkward situations when you overhear something not meant for your ears. 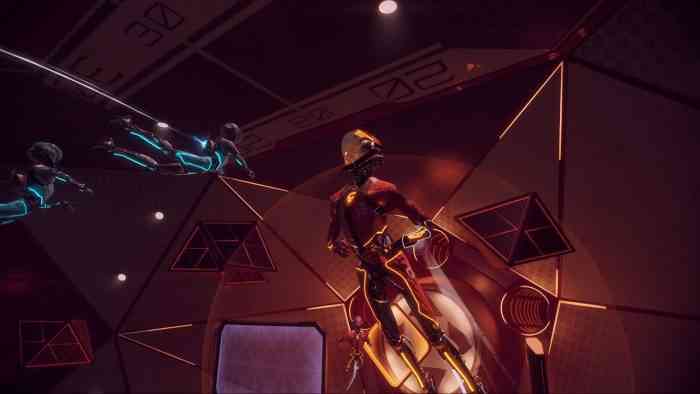 With only one map and one game mode, I do have doubts about Echo Arena’s longevity. The symmetrical arena serves its purpose of balancing gameplay, but as nothing about the map ever changes, it grows a bit stale after extended play. Echo Arena revolves entirely around player skill, so you won’t be seeing random power-ups or upgrades of any kind. There are a ton of unlockables in the form of color schemes and patterns but these customization options are only noticeable in the pregame lobby.

I’m happy to report that while I experienced slight motion sickness initially, the feeling quickly went away as I grew accustomed to the game’s locomotion. This is helped in part by the fact that Echo Arena keeps you upright at all times, so you won’t lose your bearings even when the action gets hectic. The only thing you need to worry about is budgeting enough physical play space, as I have – on more than one occasion – inadvertently punched my wall when reaching out for incoming passes.

“Even if you only want to feel the sensation of floating in zero-gravity, Echo Arena is still worth picking up – because it’s free.”

Much like Rec Room before it, I believe Echo Arena is going to have a place in everyone’s Oculus library. Its unique brand of frantic frisbee action will please both casual players who just want to enjoy a few rounds of VR and hardcore players looking for a competitive multiplayer experience. Even if you only want to feel the sensation of floating in zero-gravity, Echo Arena is still worth picking up – because it’s free. Seriously. Echo Arena is free to download within its first 3 months of release (and free indefinitely with the purchase of Lone Echo). You really have no excuse to still be reading this. Go queue up Echo Arena now! 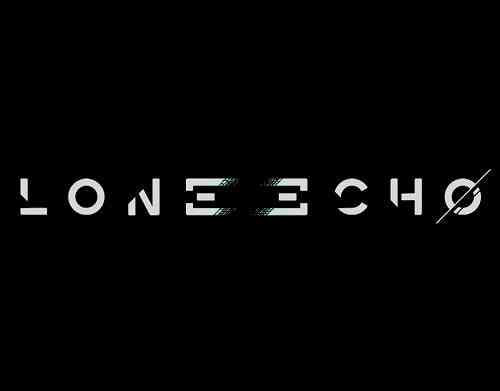