A new update for Beat Saber just dropped, bringing the virtual reality rhythm game to v1.10.0. The free update gives players 46 new beatmaps for 18 existing songs. Among the new releases are 360-degree/90-degree and Expert+ maps for the hit song POP/STARS by League of Legends’ virtual k-pop band, K/DA, and One Saber maps for songs including Imagine Dragon’s Believer and Panic at the Disco!’s High Hopes. 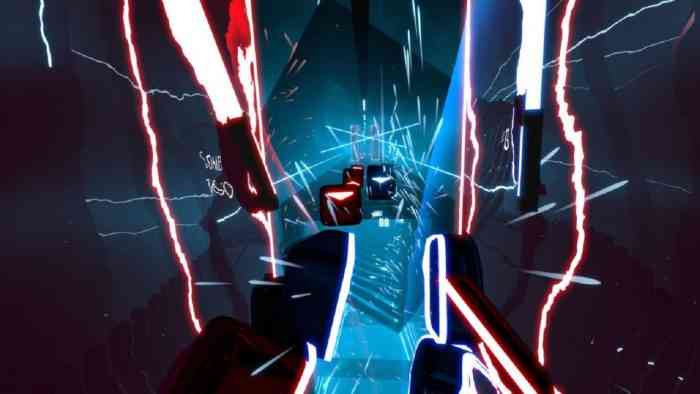 Beat Saber unveiled the full list on their official Twitter (@BeatSaber) ahead of the update, on this thread:

Under the original update announcement tweet, Beat Saber informed players to expect a delay to the PS VR version and said that the team was working to get the update released. At 9:54AM, they announced in a follow-up tweet that the PS VR release would be further pushed back due to technical issues.

Dear PS VR players, our new update will be a bit delayed due to technical issues with the release process. We're doing our best to deliver it to you as soon as possible. Please be patient, we will keep you updated!

Thank you for your understanding. ❤️

A few Twitter users who use VR headsets other than the PS VR also seemed to be having trouble updating their games. One user said the game wasn’t updating for their Oculus Quest headset.

In response, Beat Saber suggested that they try deleting any 3rd party software, such as BMBF, and reinstalling Beat Saber. This method seemed to work for at least another player from Twitter. It’s not entirely clear what the root of the problem is, but for now, players might have to forego custom songs and mods to try out the latest update.

Some players have already tried the new beatmaps out. They look like a lot of fun, but also extremely challenging.

Will you be slicing some note blocks in virtual reality later today?

Goldeneye 007, Darkest Dungeon and More Head To Xbox Game Pass
Next
Official Mortal Kombat 11 RoboCop Trailer Cleans up the Stage
Previous
Next State of Play All About The Last of Us Part II