Truly great stories – those that stand the test of time – work for a singular reason. Regardless of setting, inciting events, and world building, stories connect with audiences because of characters. Readers and players need a strong sense of who characters are and plot points that agree with those characterizations. Failing that, audience connections are vague. You roll your eyes, or worse they glaze over. Ultimately, the story becomes forgettable. Games can skate around that with gameplay mechanics, but for story-driven content, it’s an unforgivable sin.

Life is Strange was a fantastic example of video game storytelling. Full of twists, but also strong characterization and writing, I remember that journey with clarity that defies the 6-year time gap. While Life is Strange 2 didn’t reach those same heights, I eagerly wrung my hands together waiting for the next iteration: Life is Strange: True Colors. It’s a brilliant return to form.

*This review contains no spoilers*

Alex Chen isn’t your average hero. She’s quiet and reserved, and we meet her as she arrives in Haven Springs, Colorado, to be reunited with her long lost brother. It’s awkward and utterly believable. Alex is unsure of herself but has an absolutely magnetic appeal. She’s tremendously likeable thanks to excellent writing and direction, and a first-class vocal performance from Erkia Mori. Through the 6 or so hour adventure it’s really satisfying to see her blossom with your guidance.

You see, Alex – like the other Life is Strange heroes – has a superpower. She sees emotions as auras around others and manifests those emotions. Though that might seem a little tame compared to how Max could rewind time in the original game, it leads to several artistic and remarkably impactful moments. It’s undoubtedly True Colors’ greatest success. It made me feel happy. It made me feel sad, angry, conflicted, and more complicated emotions that can’t easily be put into words. 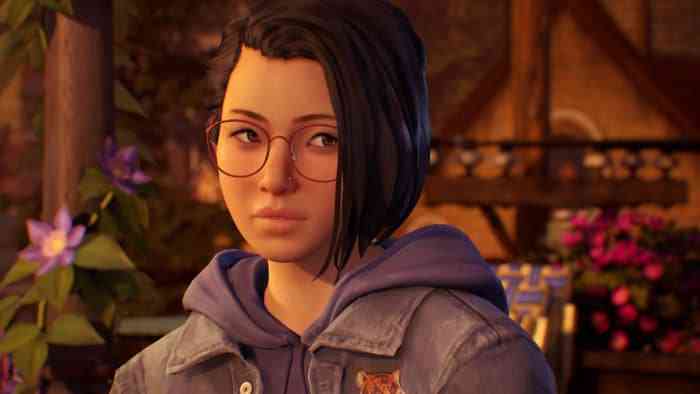 It feels intentional too. Alex is hyper empathic, and True Colors does an outstanding job transferring the feelings of characters to the player through the lens of Alex. This interactive storybook may not have a ton of mechanics, and the puzzles aren’t at all challenging, but that’s hardly the point. You’re in the driver’s seat, making choices with lasting impact within the first few minutes.

Narrative adventures are often filled with choices that ultimately make no difference to how things play out. True Colors is an outlier there. My jaded I’ve-played-a-lot-of-these self sees a lot of ways choices can affect the experience, and you’ll feel compelled to play through scenarios in multiple ways. 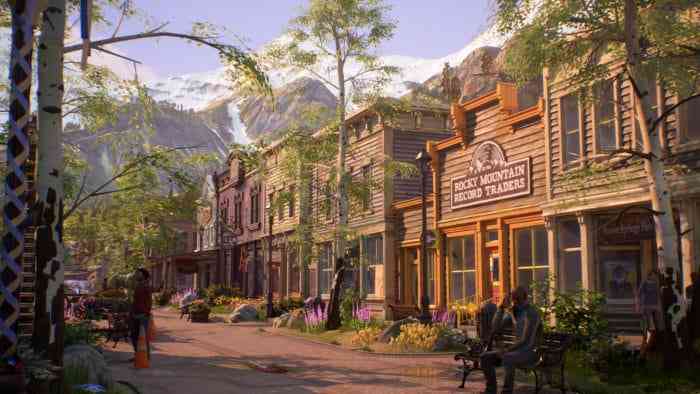 A lot of that has to do with the technical quality of True Colors. Animation and motion capture tech has come a long way since 2015, and Deck Nine did an exceptional job bringing Haven Springs to life. The town itself is charming and whimsical, feeling simultaneously like a storybook ideal and a town you might actually run across in rural Colorado. The indie style the series is known for lives on, but with dramatically improved character quality. Character traits like Alex blinking rapidly or shifting her gaze while she processes information became subconscious indicators that helped me make decisions, and I found myself just watching character’s faces while they waited for Alex to respond. Like any great story, so much of what’s important isn’t ever directly said. 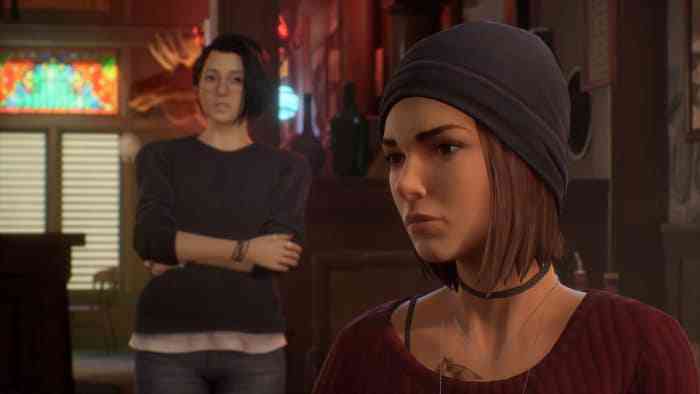 Mechanically, True Colors is much like the previous Life is Strange games. Alex explores the world at mostly her own pace, examining and giving internal commentary on people and objects, and often using her powers to read deeper into a situation. This often leads to progressing the main story threads, but at least as often serves to broaden her understanding of Haven and its residents. Larger decisions are rounded up at the end of chapters, revealing how your choices compared to everyone else who’s played the game. For those who aren’t naturally driven to replay games and sections, the hints at how things could have gone and the wonder around how one would make that happen serve as excellent motivation.

Let Me Be Me

I did run into a few glitches on occasion, with the DX 12 version of the game not wanting to play nicely with particular machines, and ambient dialogue that can cut off abruptly if you move too far away. My main complaint comes from accessibility, but not in the way you’re thinking. Any time the world opens up for Alex to explore, Alex’s internal dialogue is relentless in reminding you what you ought to be doing. “I should meet up with xyz” is fine occasionally, but I found myself unnecessarily discouraged from exploring. It’s a shame, because some of my favorite moments in True Colors resulted from really taking my time and absorbing the world in what the game calls Zen Moments. They’re beautifully directed – as are all the game’s scenes – and give Alex the chance to monologue over top of the fantastic soundtrack. 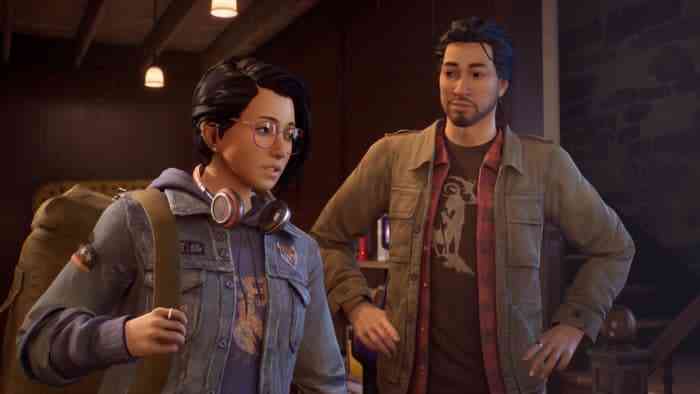 Following the traditional Life is Strange formula, there’s a great track list encompassing licensed and original songs. From the moment the title screen fades up to Novo Amor’s Haven, to Alex’s rendition of Creep, to the various Zen Moments around town, the soundtrack sets the mood perfectly at every turn.

And when the world gets to be too much and you just want to escape reality, there are a couple of arcade mini games to enjoy in Haven. Arkanoid is easy enough to recognize, but more importantly there’s Mine Haunt. Built specifically for True Colors, Mine Haunt is one part Pac-Man, one part Donkey Kong, and all parts incredibly addictive.

Set in an idyllic town, amongst the harmony of nature, Life is Strange: True Colors might appear to be an escapist fantasy. But it has something to say. Subtly, and most importantly effectively, it reflects its characters and themes onto the player. It’s a timely reminder of the importance of empathy, and an adventure that ultimately kept me glued to it from start to finish. 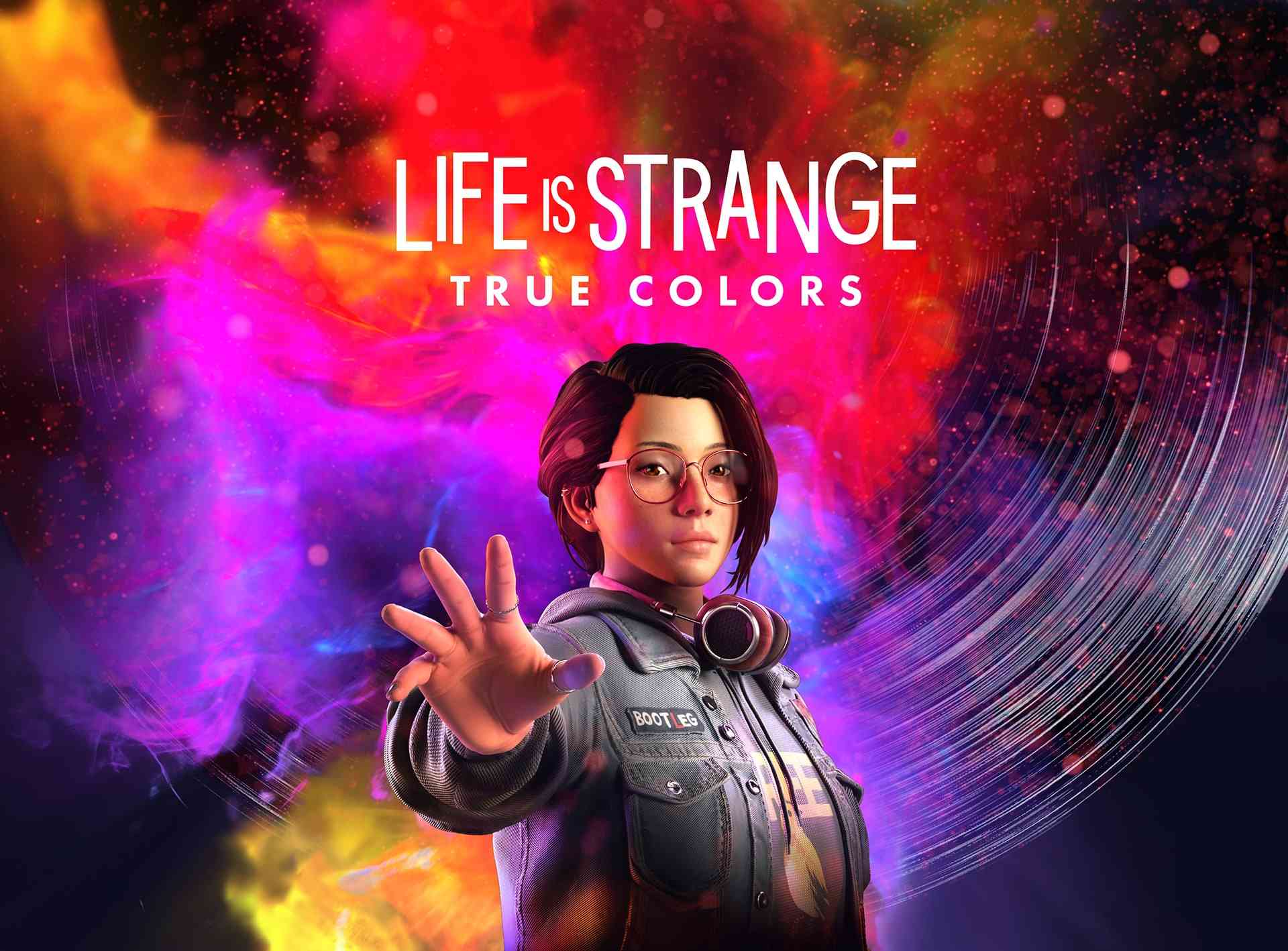