Dice Legacy is a cornucopia of genre mash ups. What would happen if you took the city building tension of Frostpunk, added a dash of rogue-like run mentality, then decided to toss in dice rolls from an CRPG front and center? You could maybe get something like Dice Legacy. And for the most part it works.

Set on a Halo-esque fantasy ring world that rotates, you start out as a small village with a few buildings, and soon you’ll be in a complicated and tense loop of progression and white-knuckle survival. Unlike other games that make you consider the well-being of your people, Dice Legacy is about taking care of… well, your dice.

You start out with a set of orange (peasant class) dice. Each side of a die represents an activity you can spend a dice toward. Each dice has a limited number of uses before it becomes exhausted. Once exhausted that dice is no more, dying a horrible death to serve your cause.

It’s easier to explain when you see it in action. Anything you do, whether it’s gathering wood or constructing a new building, takes a dedicated dice or a few, and will require a specific side of the dice in order to be allocated. So for mining iron, you’ll need to roll your dice until you get the right symbol for that activity. Each roll reduces the life of your dice by 1, making it risky if you need a specific symbol to be rolled. If you don’t want to roll your entire hand of dice, your best bet is lock specific ones in place, so they are not rolled, letting you minimize risk as needed. Dice can be replenished via resting at a cookhouse but food requires you to hunt with dice or farm with dice, quickly leading you to realize that ultimately for you to get ahead it’s going to be a game of careful sacrifice. 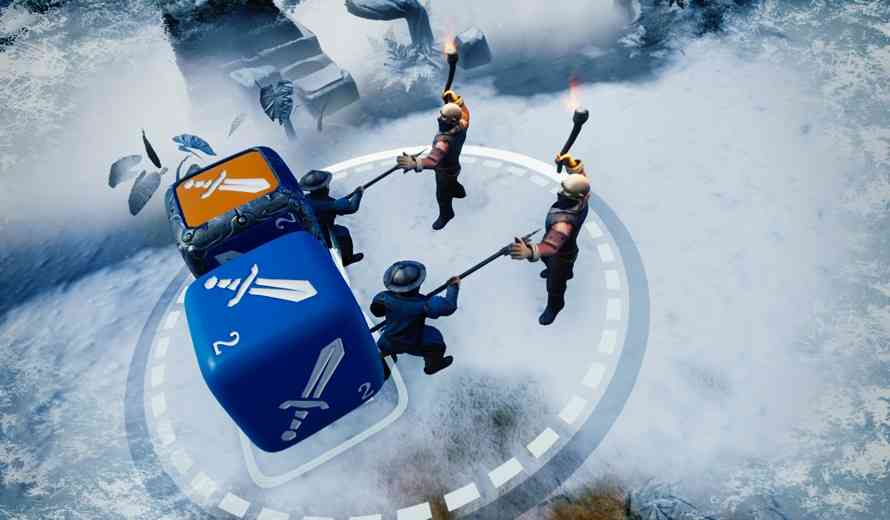 It’s worth noting two dice can be used to create an additional new peasant dice, so just as you’ll lose dice to exhaustion, you can manage a steady inflow of new dice to take their place if you’re careful.

Now, the complexity only builds from here. Adding a District Hall allows you to increase your visibility on the map, giving you more ground to build and new resources to gather, which will further stretch your tiny army of dice. Enemies will soon encroach upon your land, setting their sites on taking your buildings out. To make matters worse, you have seasons to contend with like winter, which will occasionally freeze one of your dice after an activity, removing it for the entire season unless you’ve built a Steam Engine to provide warmth in advance, or a Tavern to help them defrost with warm ale.

They could’ve stopped there and said this was enough complexity and dice danger. But to ratchet up even more tension, you have to contend with your actual, non-dice citizens in town, their happiness level, and the consequences of should it plummet. Imagine riots, uprisings, etc.

It doesn’t take Dice Legacy long to set you on its pace. Every decision and every roll counts. Should you turn some of your dice into soldiers for base defense, they will no longer be able to farm. If you turn other dice into citizens, they’ll now be able to teach but will not be able to assist in fighting. You can also ascend your stronger dice to be used later in future runs, giving you an advantage down the road.

To say Dice Legacy is tough is a bit of an understatement. While since I last covered it they’ve added very helpful (and much needed) tutorials, there are concepts you will only really grasp by doing and failing. This is where the rogue-like nature comes in. You are going to die. And that stress of learning and trying to wean a bit more value to progress becomes the loop. I didn’t understand how harsh winter was until I had an entire hand of dice frozen and my citizens were pissed.

Later on I survived winter by prepping Steam Engines for warmth in advance only to lose more dice due to exhaustion than I was able to reproduce. I burned too much food and my dice were too weak to gather food to help. This in turn reduced my ability to create Soldier dice to defend the town, letting raiders run rampant. 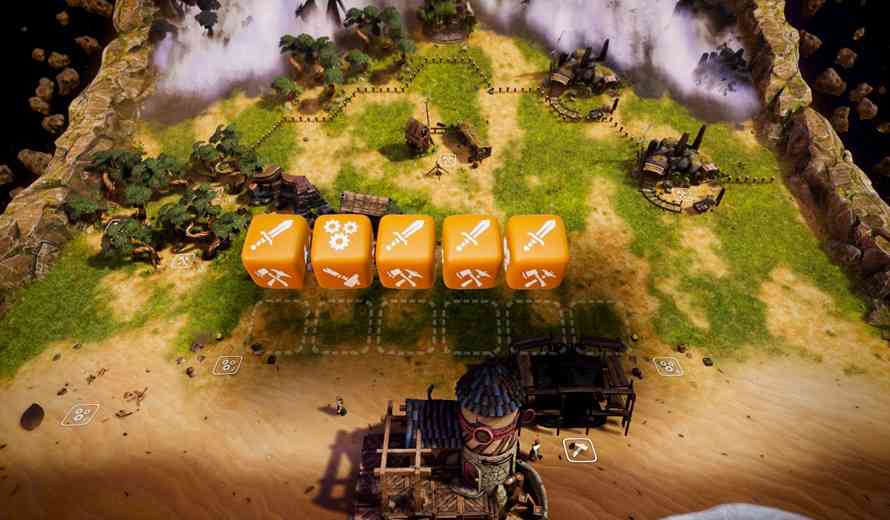 Each run is, pardon the mixed metaphor, a house of cards. Go wrong in a small way and you’ll quickly be working uphill to regain a baseline where you’ll be effective. Your city council every season will provide a permanent buff but it could piss off your people. A few dice dying faster than you can replenish and now you’re unable to get wood for the necessary building you need. The entirety of Dice Legacy is a stress-fueled madhouse disguised as a soothing and charming top down game. Only the determined will survive. I caution any newcomer to embrace each loss as the more you know for the next run the better you will be and further you’ll be able to get before a new wrinkle emerges to bring your well constructed house of cards crashing down.

It doesn’t always work. Some mistakes can leave you in a boring loop of waiting a minute or two for you to accomplish something specific like just creating a new die, or eating food over and over. Some buildings’ purpose seems obscure until you mash your head against it and build it. Sometimes, especially on your first few runs, the difficulty can seem unfair. But it’s all done for the good, to make you stronger and smarter the next time you fire it up. I also wish the game would take a bit longer to ratchet up its intensity. It’s not always clear what building you want in the right context when you’re still unpacking the construction tree, only to get raided over and over just because you’ve explored more of the map ahead. 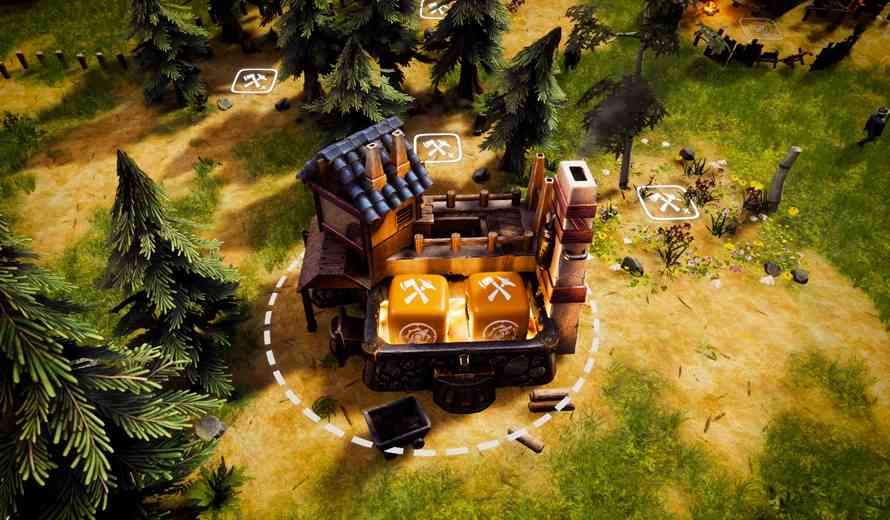 Overall, Dice Legacy is a fun stress machine that borrows the better parts of other genres. While it doesn’t always do everything well or necessarily telegraph its harder ideas ahead of time, it can be a tense thrill when you get further than you have before. Never before have dice been featured in a game where they’re the biggest thing that matters. If you like rolling dice then I compel you to check out this mash up. Just be ready for the challenge ahead of you.

Charming visuals
Each run is tense
Smart and deep systems

Sapiens is Nothing But Potential
Next El Shaddai: Ascension of the Metatron Review – The Lord Works in Mysterious Ways
Previous Life is Strange: True Colors Review – Shining Through