Well, here we are again. The snow may have not blanketed the world as far as the eye can see yet, but it sure hasn’t gotten any easier to survive. Sit down, take a shot of whiskey at the bar, and get ready for a DLC that is just as morally crushing and brutal as the original game. Back in 2018 11 Bit Studios gave us Frostpunk; the survivor/city builder of devastating moral conundrums including putting children into forced labor, experimenting on the sick and dying, putting sawdust in the food, and many more options to try and keep society alive by any means necessary. So how do you take this master-crafted formula of tough, complex decisions and up the ante? With this not-so-little DLC called The Last Autumn.

Players will finally get to see what Britain looked like before the snow came. Before the global cooling that forced everyone into the harshest state of survival. The Last Autumn has players know the impending cold is looming overhead, and the nation is in desperate times. You will trek out to forge one of the first generators that will keep people alive and warm, but there isn’t much time left. Rather than facing off against the incremental cold as it steadily drops well beyond -100 degrees, you’ll have the even more daunting task of racing the clock before the end comes. 45 days, in fact. Surely seasoned players can do that, right? Beat the clock when the cold is but a light breeze on the ocean air? Then you haven’t played Frostpunk before. The Last Autumn discards the use of the Hope and Discontent meters that can lead to your execution in the base game and replaces them with Motivation and Discontent. Players not only need to worry about the deadline, but they need to keep their workers happy as well, and finding the perfect balance will never be easy.

The Beginning of the Beautiful End 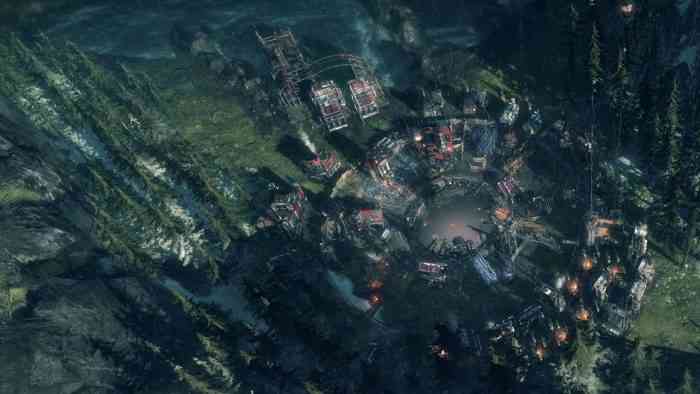 First and foremost are the two class of workers: laborer and engineer. Each one has its own set of new laws to enact that will help one and hinder the other, but if you allow their discontent to rise high enough from unfair laws or working conditions that are incredibly unsafe yet necessary to speed up production, your workforce will go on strike. If you can’t make a deal, their strike could go on for days and that simply isn’t time you have to spare. The game is asking you how important the safety of your crew is, because if you try to play it safe then production will move at a crawl and you simply won’t make it in time. You MUST cut corners somewhere, and your workers will pay the price. The motivation bar will affect how efficiently your employees work with up to a 30% boost in productivity when it’s good which – in the final days – can mean the difference between life and death. Should you be unable to keep them motivated, you can also be penalized with up to 30% slower production, so you’ll want to be attentive to the needs of your people. With The Last Autumn using a set deadline for the event, the negative aspects of the bars don’t end the scenario – which is great – but the added tension of the clock ticking down can be pretty intense, and if you let the bars run unchecked for too long you’ll be playing catch up and missing the important milestones necessary to complete the generator.

Those who have played Frostpunk before will recognize the usual system of city building, however the site in which you are constructing the generator is notably smaller than before. Space is limited, and thankfully resources can be ordered in from constructed ports, but you’ll still need to use every morsel of free space as effectively as possible or you will quickly find yourself gridlocked and unable to finish constructing the generator. It’s an interesting mechanic, crafting specific buildings for each of the parts necessary to complete the generator. It explains how something so monumental could appear in the setting of the base game, but it also reinforces the need to be intelligent with your constructions or suffer the cost of being unable to keep your workers housed, fed, and safe because you wanted it to look just such a way. I understand the reason behind making such a notably smaller area to add to the tension, but I do love being able to stretch my creative wings a little.

Frostpunk: The Last Autumn DLC takes everything you have learned while playing through the brutality of the base game and tweaks the formula just enough to bring you a new feeling of dread, loss, and despair while remaining true to the brilliant mechanics and narrative of the game. You will undoubtedly fail time and time again until you understand how to perfectly manage your time and space – a feature that feels incredibly more prominent this time around. Bringing the focus towards the safety of the workforce is an interesting shift that pays off well against the impending deadline and creates for an effective extension of the game that breaths fresh new life into an already crisp experience.

*Steam code provided by the publisher*