Xbox and Halo, Halo and Xbox, the two are synonymous with each other. When the original Xbox debuted in 2001, so did the original Halo, and since then we’ve seen quite a few Halo games (11 and counting), and the Xbox console is now in its third generation with the Xbox One. So of course it was only a matter of time before fans of both finally got a chance to play a new Halo on Microsoft’s latest console. Halo 5 is Master Chief’s latest adventure, and it is 343 Industries second game (not including the Master Chief Collection) since taking over from Bungie. There is no doubt that expectations are high as it continues the story from Halo 4 and continues what 343 Industries has called the “Reclaimer Saga”.

Since the conclusion of Halo 4 people have been wondering where Halo’s story would go given how Halo 4 ended (and no, I am not going to say how it did for those who haven’t played it). Halo 5’s marketing campaign has hinted that Master Chief may have gone ‘rogue’, and it has introduced a new Spartan, by the name of Locke, who now shares the spotlight with Spartan 117. Master Chief and Locke have their own teammates too and there has been anticipation of what is to unfold. As one who has played all the Halo games since the original Halo: Combat Evolved, and recently finished the single player campaign for Halo 5, I can say that I am pretty satisfied with what takes place. And you can bet that I am not going to spoil it here, as that wouldn’t be right, but I bet that fans will want more time with Master Chief then the game gives you. 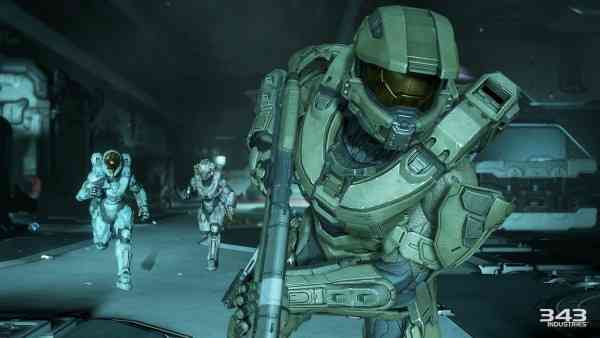 One thing that I have to really say about the story as a whole is that it references many plot lines before it. For those that have been invested in all things Halo (e.g. movies, books, games, etc.) there is a lot of material that just links everything together; however, you don’t have to have had a deep involvement with everything Halo to enjoy Halo 5’s narrative, but some of may not make sense at times. That being said, as it truly follows up on the story from Halo 4, referencing things from that game, I recommend that you play it’s predecessor, or at least check out Halo 4’s Wikipedia page. The storyline starts out kind of slow, as you get to know Red and Blue teams, but as the game progresses so does the narrative, and by the end of the campaign you are truly left wanting more. And of course Halo 5 sets everything up for the inevitable Halo 6.

343 Industries has been saying that Halo 5 would be the biggest campaign to date and supposed to be twice the size of Halo 4. Note that I said it “…was supposed to…” Well my friends, it is not. I played the game on Normal and it took me 7 hours, something that surprised me and disappointed me all in one fell swoop. I did look for some of the hidden collectibles (e.g. skulls and mission intel) but I focused on the gameplay and story itself. Now, this is not double Halo 4’s campaign, which I was surprised with given all the hype of the bigger size, but don’t let that ruin the game for you, as it’s a pretty good experience during all those 7 hours or so.

“As one who has played all the Halo games since the original Halo: Combat Evolved, and recently finished the single player campaign for Halo 5, I can say that I am pretty satisfied with what takes place.”

Something that I was pretty amazed at was how the game’s chapters were broken up. Some were very short, focusing on major plot points of the story, while other chapters were much longer, where the battles were fierce and the game action strong. The pacing is good and very balanced between key points of the story and those epic battles you will find yourself in and you’ll enjoy how things unfold.

Speaking of battles, if there was one thing that was indeed larger than previous Halo games was the scope of the battles as they are HUGE. Given the power of the Xbox One, levels are much larger and there is so much going on at times it’s pretty damn impressive. You’ll have a lot more enemies on screen and there are multiple paths to take. You don’t feel like you are forced into taking one route when battling the many Covenant or Forerunner enemies. The game feels much more open and larger in scope. I played a couple of levels a few times taking new routes and each time it felt different. In this aspect 343 Industries was not kidding when they said the game is bigger than previous Halo games before it.

Given that you take control of Master Chief and his team, as well as Locke and his team, throughout the story, the game encourages you to use your team members. You can direct your three other Spartans to focus on a certain enemy, hold down a certain spot on the level, and even help you once you are down. By pointing your reticule on what you want/where you want them, and simply pressing up on the d-pad, it’s done. For healing, you just press the ‘X’ button to call over an AI teammate to ‘heal’ you. Not only are your teammates useful in battle, they add to the overall story as well. The amount of chatter that they provide during each level is enjoyable and some of it becomes pertinent to the story. 343 Industries did a great job of using the three additional characters of each team to the game’s advantage, both in the gameplay department and the narrative area. 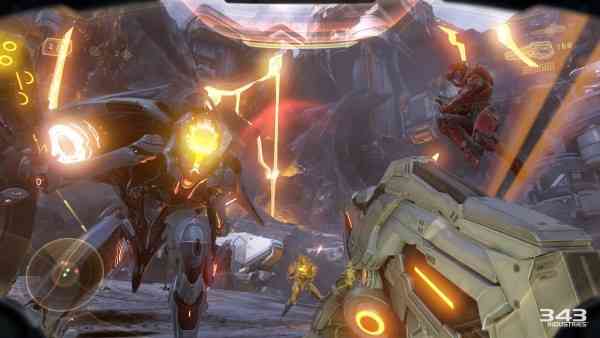 Visually the game is pretty much a stunner. During my playtime with it (including multiplayer) I did not find any issues in this department. The game ran smooth; there weren’t many, if any, visual glitches during my gameplay experience, and the framerate was locked in, including those times when the screen was filled with enemies, explosions, ships, vehicles, and whatever else the game threw on screen. Game levels are varied and large, something much different then in the past. Finding different, and even hidden, paths on each level is exciting given the large level design of some of the levels. In Halo 5 you travel to different planets, including the Sangheli Homeworld and a Forerunner planet. In terms of the latter, this is what I always imaged how a Forerunner planet would look. Lush vegetation combined with the almost clinical and futuristic lines in Forerunner buildings.

A lot of online debate has gone on about the nature of the 1080p claim, but in reality, whether Halo 5 is scaling resolution or not, it looks good, plain and simple. Enemy models, vehicles, and all the weapons in the game have been given visual upgrade to reflect the time that has passed in the Halo universe. The detail in each is pretty striking. 343 Industries has managed to take on the task of bringing Halo 5 to the current Xbox console and done the franchise right.

The iconic music that has always followed Halo games is back, and each track you’ll hear during specific scenes, battles, or key moments, suits all what is on-screen to a tee.   Voice work is solid too, from Nathon Fillion’s Buck, to the deep and resonating voices of Master Chief and Locke, you’ll find little to complain about. Finally, the sound effects…oh boy, do they fill the speakers. Given how many enemies are on screen at once, the amount of chatter from them, and your team, and how many weapons are firing on-screen all at once, it’s pretty damn notable. Surround sound effects are in full play, and there is nothing like hearing your teammates chatter from all around you to the sound of explosions in front or a bullet whizzing by your head. 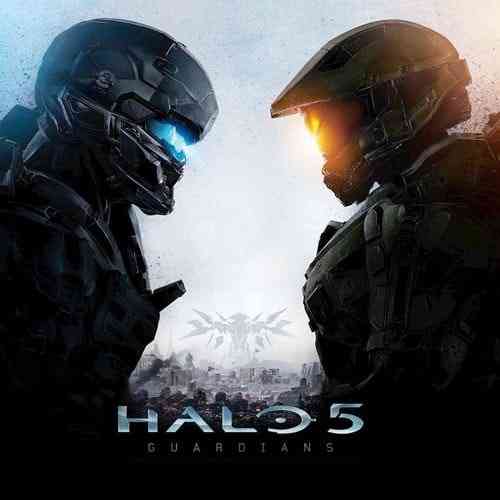