Developer Milestone are the industry vets when it comes to motorbike games. Responsible for the MotoGP and MXGP franchises, RIDE is the Italian developer’s most recent crotch rocket game. Taking more of a sim approach, Milestone’s latest project finally arrives in North America after several delays. Unlike many other sim racers on the market RIDE is mostly accessible and a little more forgiving. Featuring over 100 bikes across four categories, it has a large selection of circuits and a decent amount of customization options. Considering this is an original IP, RIDE is an impressive first entry but it still has a long way to go before I can recommend you take it for a spin.

I spent the bulk of my time within the game’s single player mode, aptly named World Tour. Just as it is in Forza, it’s a mode you can sink a massive amount of hours into as it features an endless stream of racing categories and events. World Tour is user friendly as the menus are easy to navigate, there is nothing complex about the game’s progression system and the variety of tracks is remarkable. As you play you’ll also unlock new races. All standard stuff for a sim racer, but when it’s poorly executed the outcome can be awful and fortunately this is not the case for RIDE.

Newcomers to the genre will have a difficult time winning races from the get go. Spending some time in the game’s tutorial and playing in standard difficulty will be the way to go for motorbike rookies. I consider myself to be in that category and admittedly it took me some time to compete with the AI. One or two wipe-outs destroyed my chances at winning. Needless to say, I figured out quickly that staying on my bike and taking it slow around the corners was the key to keeping up with the pack.

“With over 100 bikes included in the game ranging from classic to pro-circuit bikes RIDE does an excellent job delivering an authentic motorbike experience.”

The World Tour does offer up plenty of race types besides your traditional races. There are head to head, time trials and drag races. If not for these different races types RIDE would quickly become a snoozefest as grinding your way through one race after another can get old really quick. The drag races do feel somewhat out of place but kudos to the development team for the inclusion of them, even if it’s merely to mix things up.

With over 100 bikes included in the game ranging from classic to pro-circuit bikes RIDE does an excellent job delivering an authentic motorbike experience. Each class of bike feels uniquely different and there are a glut of customizable options. The options aren’t as deep as we have seen with other racing games but it’s adequate and certainly suited my needs. RIDE features 15 tracks including city circuits, country tracks and other ones inspired by the Grand Prix. They all offer a unique experience each with own set of challenges and tricky corners with can be difficult to navigate. 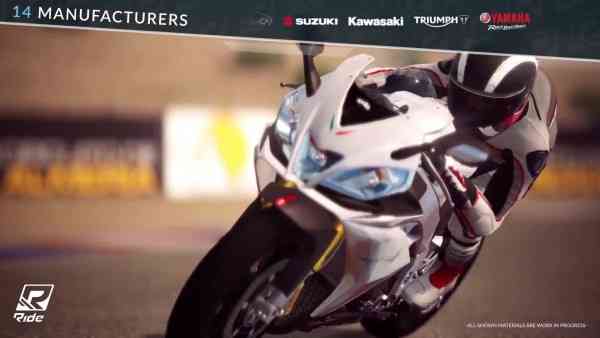 As I mentioned, there is a bit of learning curve in RIDE. The Forza-like racing line helps a ton but unlike race cars, motorbikes handle significantly different. Taking turns involves shifting your weight to varying degrees so I found I really had to feather the right thumb stick, and triggers. Likewise, you really need to plan your turns as overcompensating your steering with have your racer flailing off their bike in no time.

RIDE can be frustrating at times. In some instances my rider would barely bump another racer and I would go flying. In other instances, my rider would smash into another racer, and it would not affect a thing. These inconsistencies with the AI was a little annoying. There is a rewind system like we have seen with many other racers but I hated using it as somehow it felt cheap. Make no question about it, I was tempted to use it on more than a few occasions due to some of those inconsistent smash ups.

In addition to those miscues, I did notice some frame rate issues. These issues tend to creep up during corners and with many racers on screen. It is by no means a deal breaker but it was noticeable and dampened the experience. These aren’t the only technical issues I came across either as the long load times are awful. It seems to take forever to load a race and just as long to back out. This is 2015 people, I should not have to wait so long! 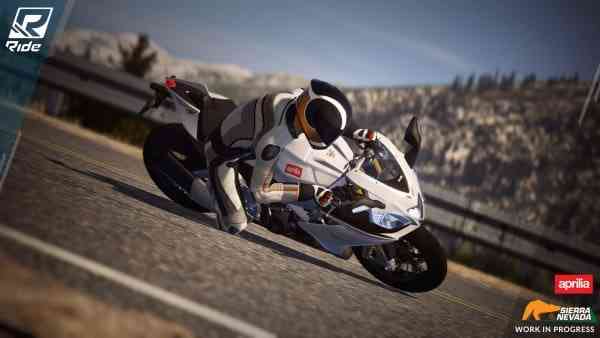 Presentation wise, RIDE is rather bland. There is nothing flashy or jaw dropping about the game’s menus or how the game is presented. Visuals look dated and not nearly as good as they do in the screenshots. It’s a poor man’s Forza when it comes to the game’s visuals. Almost has a budget look about it. The bikes however, feature stunning details or at least they do in the loading screens.

For motorbike fans, or those looking for a lengthy motorbike experience, RIDE is for you. With over 15 tracks, 100 motorbikes and a lengthy World Tour mode, it’s good bang for the buck. The technical issues, lengthy load times, lacklustre visuals and an erratic AI should be enough to steer most gamers away this fall season. RIDE isn’t the most accessible racer on the market but when you consider its audience, there is no question it’s a niche game for a niche market.

***A Xbox One review copy was provided by the publisher*** 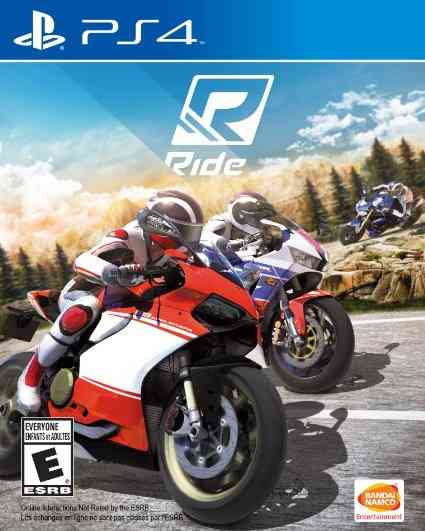