Some gamers may be hesitant to buy wired gaming headsets with all of the Bluetooth options out there, but audiophiles understand that some of the best stuff is old school. Wired may be a drawback for some, but this EPOS GSP 601 Gaming Series Sennheiser headset works for any device that takes a standard 3.5mm audio cable. Sorry Apple fans, you still need the Lightning to 3.5mm jack adapter to use this headset on your mobile games. EPOS may be the new kid on the block with their global gaming campaign, but they’re already an immediate hit, and this new combination of EPOS and Sennheiser has produced a top tier quality headset for all you audiophiles out there. The EPOS GSP 600 legacy professional-quality gaming headset set the bar for EPOS headsets, but the EPOS GSP 601 Gaming Series headset continues to raise the bar.

The EPOS GSP 601 Gaming Series headset is far from one of the cheap gaming headsets on the mark, but the combination of comfort and premium sound quality both make shelling out the extra cash for this headset worth it. Among the 3.5mm audio jacks, and cover plates included in the EPOS Sennheiser package is a two-year warranty for anyone who’s hesitant to buy this wired headset. The standard 3.5mm audio jack included is quite short, encouraging gamers using one input to get longer cables, but the jack four pole is an optimal length for gamers who need the double input for their PC towers. The interchangeable one or two-prong 3.5mm cable allows adopters of the EPOS GSP 601 Gaming Series headset to connect the premium quality headset to PC, Mac, PS4, mobile, Xbox One, Nintendo Switch, and all other consoles and mobile devices with a 3.5 mm jack input. This adaptability should be a key selling feature for gamers who are looking for a great headset that works for multiple devices. In my experience, the EPOS GSP 601 Gaming Series headset produced the same top tier quality across all of my devices. This was tested on PS4, iOS, Xbox One, Nintendo Switch, and most primarily, PC. 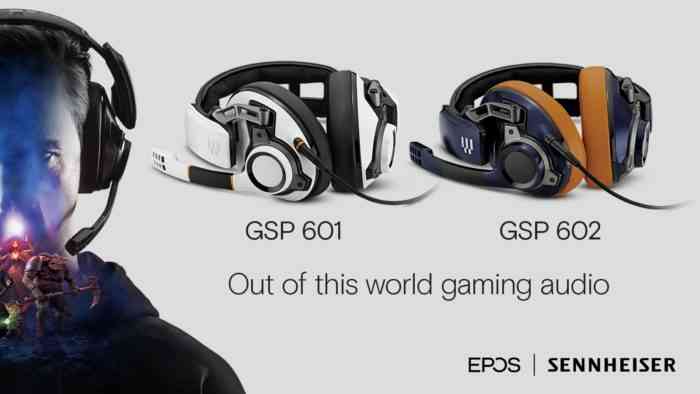 After adjusting the headset to my ideal length, the headset feels like it’s not even there. If the headset feels a little tight and you start feeling pain on the top of your head, definitely give adjusting it a try because I find the cushion on the headband doesn’t hug your head like a lot of other headsets do. The EPOS GSP 601 Gaming Series Sennheiser headset offers adjustable contact pressure on the headband for a customized fit, and once it’s properly fitted to your head, you’ll forget you’re wearing it until you need to untether to grab a drink or go to the bathroom. The ear pad shape of the EPOS GSP 601 Gaming Series Sennheiser headset is ideal for me, covering both of my ears entirely without feeling the cushion on the back of my ear or my ear lobe. Both the GSP 601 and the GSP 602 boast ergonomic leatherette earpads with adjustable pressure that allows gamers to block out their environmental sounds no matter how loud. The earpads are fully noise-blocking and the speakers produce HiFi audio in a closed acoustic design. Unlike many other headsets on the market, EPOS and Sennheiser are looking beyond just simple black or white headsets, allowing gamers to match the bold black accents with copper cover plates included with the GSP 601 headset. Owners of the GSP 602 can complement the accented brandy-coloured ear pads with glossy navy cover plates or the traditional black. EPOS and Sennheiser have designed the GSP 601 and GSP 602 for quality and aesthetic-minded gamers, and the ability to swap cover plates to customize your headset is a nice touch with colour palettes that feel fresh.

The microphone may feel a bit bulky, but it’s a studio-quality mic that ensures that your team will be able to hear you loud and clear. Multiple times I encountered teammates who could hear me just fine but couldn’t hear others, and most importantly, the mic was easy for me to set up on PC, Xbox One and iPhone. The microphone is an advanced noise-canceling broadcast quality mic, so Twitch streamers might want to consider the EPOS GSP 601 Gaming Series Sennheiser headset as their next streaming headset. The microphone doesn’t easily store away like with some other headsets on the market, but when it’s swiveled upward, it mutes itself so background noise isn’t accidentally picked up by the studio-quality mic. The solid metal hinge system of the headset offers ideal durability, so even parents can rest easy with this wired headset. The audio jack isn’t installed directly in the headset, allowing you to swap it with any 3.5mm jack that you may have kicking around. The audio control on the EPOS GSP 601 is on the right earpad where the mic is installed on the opposite side and it’s the ideal size for an audio adjuster in my books, with Sennheiser and EPOS opting for a large dial rather than a small hidden wheel. 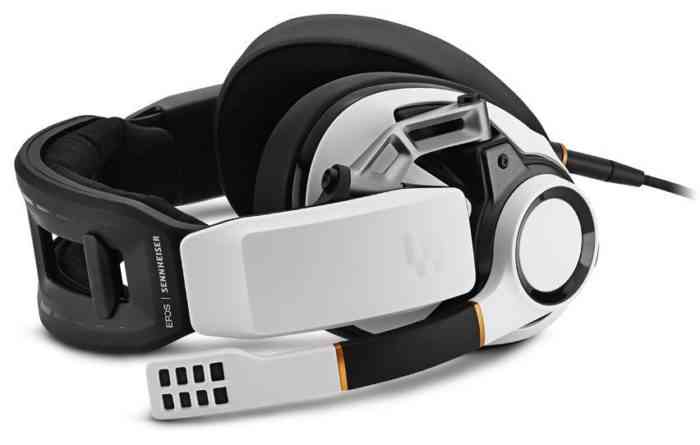 EPOS and Sennheiser Are the Perfect Combo for Optimal Sound

EPOS and Sennheiser are both champions of the audio world, and together they raise the bar for gamers as part of EPOS’ global gaming campaign. Gamers may need to tether themselves to their devices with this new EPOS GSP 601 Gaming Series Sennheiser wired headset, but the sound quality and comfort ensure that you’ll be as immersed as ever. A headset needs to produce perfect mids in competitive situations such as the final moments of a battle royale, the final meters before a finish line, and any other clutch moments you can expect from a game, and this headset is top tier quality for these moments. Ultimately, the GSP 601 excels in every level of audio clarity, with the mids being the most unparalleled. The adjustable design makes comfort easily attainable, eventually arriving at an experience where you forget the GSP 601 or GSP 602 is even on your head. The earpads are the most comfortable on the market and they’re replaceable if you ever have an issue with them. Considering the GSP 601 and GSP 602 are meant to handle 10-80% humidity, it’s likely that even the most profuse sweaters will take a while to burn through the leatherette earpads that EPOS and Sennheiser have provide here. I encountered no audio issues or microphone issues when using the EPOS GSP 601 Gaming Series Sennheiser wired headset across the span of 50+ hours. The headset has become my main headset whenever I’m good to tether myself to my device for a couple of hours because of the premium sound quality. It took a few matches of Apex Legends to find my ideal length customization of the GSP 601 gaming headset, but when I eventually got there, it became my most comfortable headset. Quality audio, quality comfort, ideal wired headset. 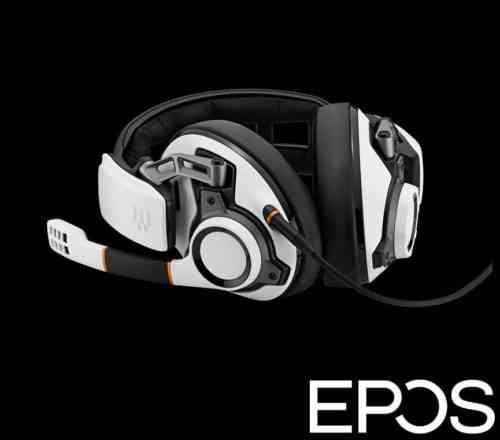