Sennheiser GSP 300 Gaming Headset Review – A Gift For Your Ears

A Crisp and Immersive Game Changer

The Sennheiser GSP 300 headset is a gift for your ears that will make you want to forsake your speakers forever. If you typically enjoy streaming the audio of non-competitive games through your computer speakers or home theater systems, you may just become a full-time headset wearer when you feel how powerfully immersive and enduringly comfortable the GSP 300 is. After testing it on three different platforms and a diverse range of games and genres, I can say with confidence that this is one of the best headsets I’ve ever put on in my life — especially for the value. 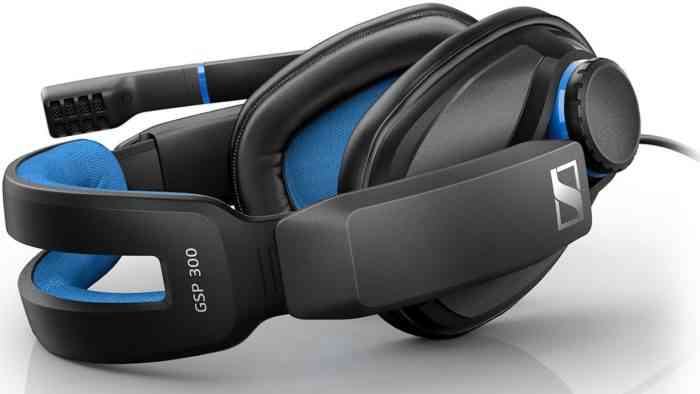 Sennheiser has serious clout in the audio world, producing some of the most incredible headphones across the globe over the past 75 years. The GSP 300 won’t be the best set of headphones you’ll ever see from this company, but in terms of gaming headsets, it offers a dynamic and impressive experience priced at around $99. The audio feels like true surround sound, though this is not marketed as a feature of the headset. When playing The Last of Us, sounds such as water drops or the deep breathing of idle Runners felt convincing as if they were coming from behind my shoulder. Low ambient sounds and echoes I had never heard before through my soundbar were suddenly emphasized and crystal clear, and it completely changed the nature of the game.

Ori and the Blind Forest was the title that truly convinced me of the headset’s immersive capabilities. Plugging it directly into my Switch and starting a new game, I was immediately in awe of how clear and discernible each note of the score was. I was completely entrapped in the game with no concept of what was going on in the room around me. When I encountered the first enemy who bashes in out of nowhere, the crash rumble that accompanied literally sent chills down my spine. I had two of my audiophile musician friends put on the headset to experience that exact same moment, and all of the hair on the first one’s body stood straight up. The other simply took off the headset and said these were the first headphones in his life that made him truly feel like he was in a movie theater. The GSP 300 did applaudable justice to the cinematic score and bewitching sound design of Ori and the Blind Forest, and the only flaw in the acoustics could be found in the slightly fuzzy quality of the higher timbres. Still, this is barely noticeable, and the entire low end remains distinguishable and clear as day.

In addition to the overall fantastic acoustic quality, there is also a notable level of comfort and simple yet satisfying design. The base is black with colored accents in the ears and on the padded headband, and the microphone extends with a non-malleable, hard arm that leaves a generous amount of space between your mouth and the mic. Despite this distance, the noise-canceling microphone captures focused sound with clarity and precision that doesn’t leave your voice sounding muffled, tinny or nasally. One of my favorite features of the microphone is that it automatically mutes when you raise the arm up by the ear cups, making it painfully easy to take a break during party chats or even when streaming or recording voice-over. There is also a simplicity to picking up this headset and just going without having to tinker with a bunch of different controls or buttons. Being a wired-only headset, there is simply one cable with two 3.5mm jacks corresponding to the mic and the audio, and an adapter that conjoins these two should you like to use both at the same time. Additionally, there is a straightforward volume control wheel over the right ear and no other controls to worry about. 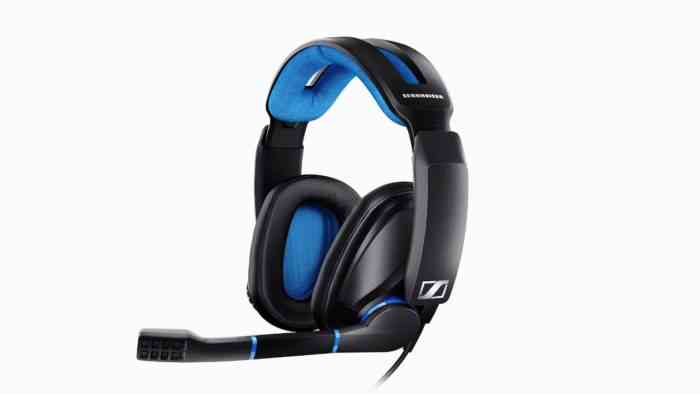 I was able to comfortably wear the headset for hours on end, and most of the time, I forgot I was wearing it at all. The open-topped headband is extremely breathable, and the padding on the ear cups are lightweight yet well-sealed around the ears. The band sits a bit wide on the head, but this isn’t noticeable when worn so much as it just looks visually less flattering. It’s not the flashiest headset I’ve ever seen, but it’s low-key and clean, and I appreciate its simplicity. I’m not crazy about the conjoining adapter because it feels too easy to lose, and I’m also not sure how well the plastic construction of the frame will hold up over time. Furthermore, I noticed a significant drop in volume when plugging it into the DualShock 4, leading me to believe that it may not be the greatest choice for console-only gamers without an amplifier for their wireless controllers. Aside from these nitpicks and concerns, I would still consider it a pretty great headset worth investing the hundred bucks in.

I’ve put on few headsets in my life — and even headphones, for that matter — that immersed me so much that I completely forgot about the world around me, and the Sennheiser GSP 300 accomplished just that. The sound quality is crisp and defined, the microphone performs beautifully, and the remarkable, lightweight comfort and breathability allows for impenetrable long-term wear. Though it is not defined as a surround sound headset, it truly feels as though it is, which makes it suitable for first-person shooters and online gamers who aren’t at ultra-competitive levels. If you’re familiar with the impressive range and clarity of Sennheiser products and you’re looking for a solid mid-range headset, you won’t be disappointed with the GSP 300. And maybe, just maybe, you won’t ever want to play a game without it again — I know I don’t.

***A retail version of the hardware was provided by the manufacturer.***