To call time travel stories complicated is to label the ocean as damp. While this can be a cursed gift, sometimes there are real gems among the thumbtacks and red strings. 13 Sentinels: Aegis Rim, the latest project from Vanillaware, pulls this off with easy grace. You are, almost at once, dragged into an epic tale you can barely grasp. Complex as it was, I loved this story. There’s even a proper game nestled in there, neatly divided for your convenient digestion.

Two things, before we probe at the aforementioned narrative: maybe take some notes, and definitely don’t wander around. Once you complete the first prologue section, you’re given a dizzying freedom to explore. Choose whose story you continue, when to dive back into battle, and what mystery files to unseal. I hopped from one story to the next, which was a grievous error. Soon I was juggling half a dozen interconnected tales. Don’t make this mistake! Although even with my cavalier approach to the narrative, it was still clear enough for me to make sense of.

I won’t dig into the details here for spoiler reasons, but the broad strokes still demand attention. 13 Sentinels follows thirteen young pilots as they try and save the world from a mysterious invading force of Kaiju. Aiding them in this lopsided fight are massive mecha known as Sentinels. This simple premise is thrown for several loops once time travel is introduced, something that happens more or less immediately. Suddenly the story is being told backwards? But with some flashbacks and flash-forwards thrown in. Not to be too cryptic, but seeing ____ walk around alive once you’ve clocked their corpse is somehow number seven on a top ten list of strange events. 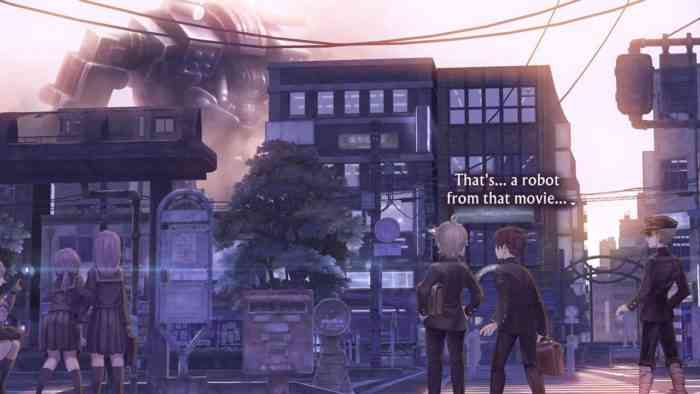 Not to sound disparaging, of course! I loved every minute of this madness. I want to play through a second time, just to see what clues I missed that were out in the open from the start. There’s also interactive flow charts for every character, so you can hop back and see what paths you ignored. Familiar last names, constant locations, family heirlooms, and telltale signs all entice you into uncovering every tiny nugget of data. If this kind of sleuthing isn’t enough, there’s also a real-time strategy game to play.

The ‘Destruction’ segment of 13 Sentinels feels unfairly simple at first. You don’t see the mecha in combat, merely 3d avatars on a holographic radar screen. Character movements and attack effects all appear in proper clarity, along with storms of numbers whenever damage is dealt. It’s somehow both detached and intense, which lets you make snap decisions without distraction. While I was a little put off at first, this extreme zoom out makes perfect sense. How else could you effectively take in the whole battlefield, free to direct different units at your discretion? Plus, seeing a bank of missiles annihilate 40 enemies at once is deeply satisfying.

The Smell Of Rocket Fuel In The Morning

Also satisfying? The rest of the graphics! Vanillaware made waves way back in the PS2 days with Odin Sphere, a sidescrolling action RPG which resembled a painting brought to life. The company has carried this design philosophy all the way to the present day. The classroom scenes are glowing with dusk, wood floors polished and glittering. The Sentinels are too massive to fit on screen, festooned with hundreds of tiny mechanical touches. Every character is a portrait in action, frames switching from joy to sorrow to shock with violent speed. Meanwhile, the combat sections are all clean lines and modern interfacing. The two worlds are divided both mechanically and aesthetically, both holding their own separate charms.

Beyond the battles and the beautiful story scenes waits a wealth of unit management. Various skills can be purchased, equipped, and upgraded. System upgrades and stat boosts are also thrown in the mix. Not only can you choose your lineup for every fight, but you can customize their loadout for the battle in question. Both the upgrade system and the nonlinear narrative let 13 Sentinels unfold at exactly your preferred pace. Sometimes to your detriment, but still.

Lot of Balls In The Air

My only complaint about having total freedom to direct the viewing order is that I’m not all that great at it. This is a very complex story with dozens of characters, and I shouldn’t be trusted to roll it out with any sort of cohesion or sense. Somehow I managed to more or less ‘get’ what was happening, but I can’t feeling like it could have been a smoother, simpler experience. The story itself is great! It’s just that being able to hop around at will muddies the water. Thankfully, some intrepid fan will uncover the optimal viewing order once the game is released. Alternately, if you patiently play through every character’s story as it’s introduced, things make a bit more sense.

It’s possible that my careful steps around the bulk of the narrative have failed to entice you into playing. The premise appears rather clumsy and bare, at least from a distance. Children piloting mecha to save the world from giant monsters? Preposterous! Reconsider, I implore you. For the anime nerds in the audience, this is a narrative of light novel complexity, a misleading moniker that belies the beast in its depths. For the rest, know only that the density of plot and complexity of the characters make this story more layered than most time travel tales. The combat sections will hook you just as hard, though for very different reasons.  If you can absorb the narrative, and see past the strange battle sections, you’ll be left with a rich, beautiful, compelling game you can scarcely put down. 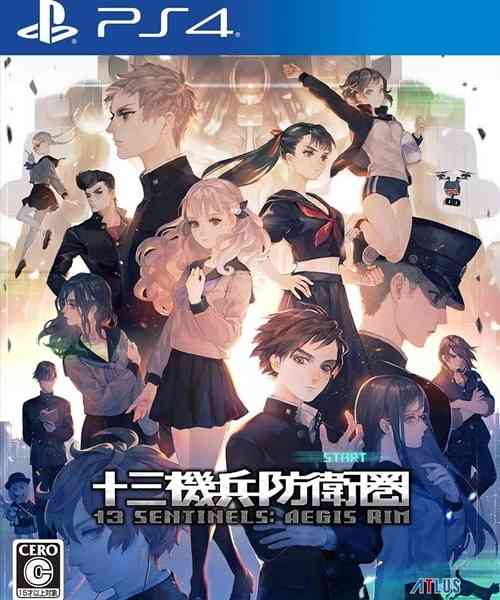