When I first started up WRC 9 and began my first race, I had to double check to make sure I had not accidentally booted up WRC 8. On first blush, the two games are so similar that it’s hard to tell them apart. This sameness from release to release is a challenge that all sports games face which leads to developers tweaking the game to include new features and fine-tuning the core gameplay. It’s a balancing act that developers of sports games must handle without changing too many of the aspects of the game that the players enjoy.

Fortunately for WRC 9, the changes to the game that developer Kylotonn(KT) Racing Games made are for the better, especially in the car physics, though the air borne floatiness remains. There has been a further refinement in the transfer of weight from front to back when the car changes speed. This is especially noticeable, and vitally important, when braking. WRC 9 brings a finer level of control for the driver to feel when negotiating turns, especially hairpin turns, when using the hand brake to rotate the car. This better control of braking is paramount in shaving important seconds off of each corner. Another plus is that car setups can be saved and tested under various road conditions in the free roam mode.

The Force Feedback (FFB) works well under braking/acceleration. The differences between gravel and non-paved road surfaces and the transition of grip when the tires go fighting for traction is handled even better this time. One area the FFB still needs further refinement is on straight sections. There is little feedback during these stretches which is disconcerting especially on non-paved tracks where the car is bouncing over ruts, bumps and non-level surfaces.

Realism at Every Turn

The graphics from WRC 8 return so the game continues to look great but I could’t see any improvements from WRC 8. VR racers will also be disappointed to find that no VR support has been added. Rally racing is unique from most racing where the focus is on a single car. From a design perspective this simplifies things and allows the freed up game overhead of not showing a multi-car on-screen moment to be used for frame rate optimization and the overall racing environment. It’s a coding balancing act between those two forces. All this is accomplished while keeping the frame rate above the mandatory 60 fps for racing games in order to keep input responses of the game in sync with your driving inputs.

Realistic, beautiful cars are well rendered and, depending on the view taken, weather effects are too. Beading rain on the windshield is realistic, as are the streaking effects of windshield water when the wipers are turned on. Similarly, dust and mud effects on the car and windshield are accumulated organically over the course of a race. Along with the presentation of the cars, the game possesses some great lighting effects for time-of-day moments. Early morning sunlight pierces through trees and the light also presents properly for weather conditions such as when it’s raining or the sunlight is poking through clouds. 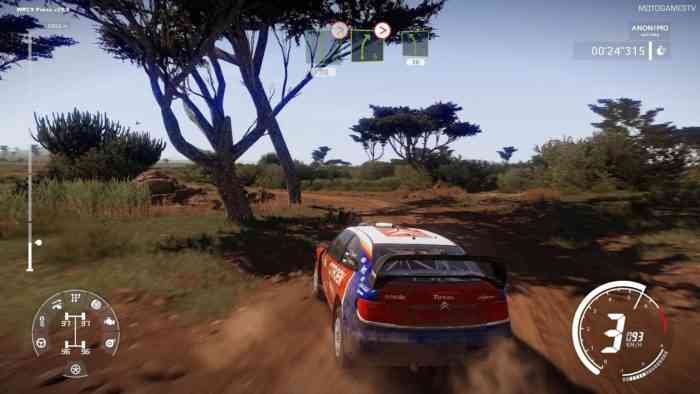 The sound in this game is pretty close to WRC 8 too and those engine whines, exhaust growls and collisions with rocks, fences, or road barriers are authentic. Environmental sounds also return, be it the wiper blades, water-splashes as you run through puddles, or crowd noise.

Three countries have been added bringing the total to seventeen for the 2020 race calendar. Additionally WRC, WRC2 and World Junior teams are once again included along with the bonus historical cars. The impressive career mode from WRC 8 returns and allows the player to enter into a campaign in a manner that acts as an extension of a driver without hindering the player from racing. If you want to micro-manage your team you can choose to do so.

New Modes to Get Excited For

A new club mode lets players set up private or public customized rally championships for greater social engagement for players looking for human competition. There’s also a new multiplayer co-driver mode where you can team up with another player and take on the roles of driver and navigator.

The Research and Development trees allow you to make upgrades and improve your chances at consistent podium finishes and ultimately a championship. The car roster is still limited, especially in the areas of historic cars. The menus are still broken up into three main screens which are clean and easy to read. It can be a bit tedious to navigate back and forth between the pages however as you cannot do it via mouse but rather by using the keyboard. 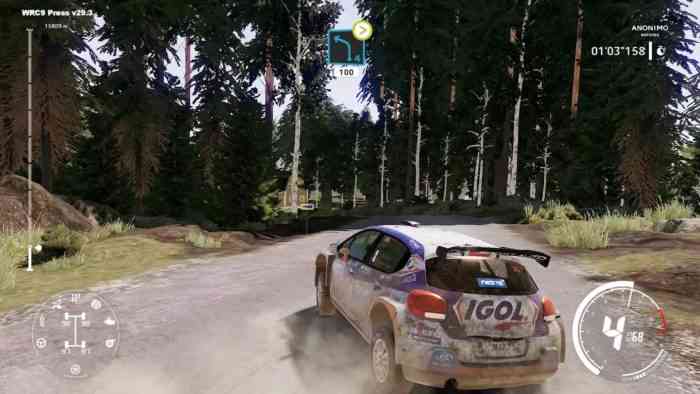 WRC 9 checks nearly all the boxes for a racing game and most importantly excels in the areas of rally racing and fun. For WRC 8 owners, having to pay the full game price for small improvements will probably seem steep. The differences between the two games adds up to the amount of content often found in a DLC. Especially as is often done by other racing sim games. For new players, however, WRC 9 is an easy purchase. 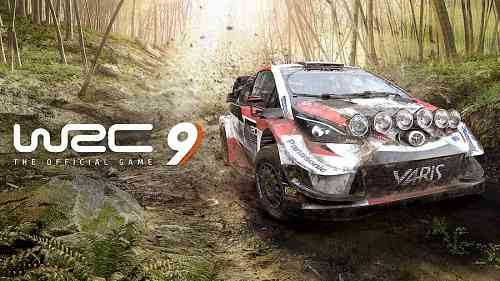