Premium gaming audio company EPOS is preparing to launch its latest wired gaming headsets. The GSP 601 and GSP 602 wired headsets are professional-quality gaming headset that offer premium sound. The new headsets don’t just offer sound quality expected from EPOS, but they come in a sleek new build and a new colour variant. The release of these headsets is part of EPOS’ global gaming campaign, and the headsets use an interchangeable 3.5 mm cable to connect to PC, Mac, PS4, Xbox One, Nintendo Switch, and all other consoles and mobile devices with a 3.5 mm jack input. The headsets are available for pre-order right now and it will set gamers back $219. 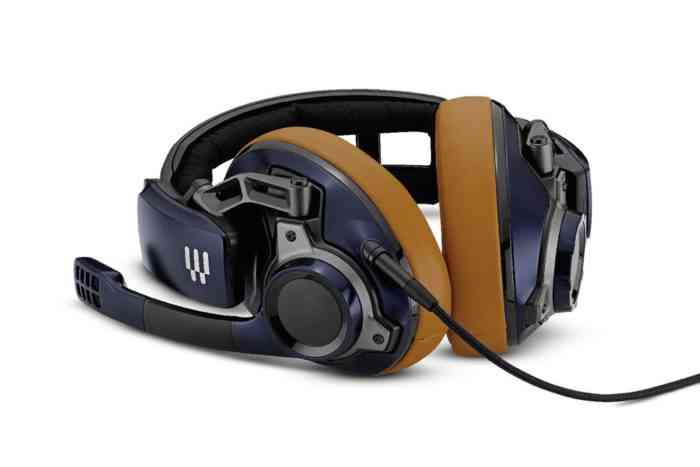 “Since the moment it was released, the GSP 600 has been my favorite headset by a long way. I love the fresh new colors, too. Can’t wait to get my hands on a blue one.” said MSL, professional CS: GO player, North. The GSP 601 offers sleek white features combined with cool black accents and interchangeable copper-colored side plates, while the GSP 602 adds a unique flair to the headset with gloss navy exteriors set against accentuated brandy-colored around-ear coupling pads.

“With the GSP 600, I can pick up on all kinds of sounds that I’d missed with other headsets, I feel invincible! The different designs look great on stream, the blue one is amazing,” said professional Clash Royale player, Morten. The GSP 601 and GSP 602 are built using the same architecture as the successful GSP 600 headset, with SENNHEISER audio technology delivering a competitive edge for the hardcore gamers out there. Both models feature ergonomic leatherette earpads with adjustable pressure to ensure you’re hearing the game even in the noisiest environment.

EPOS’ GTW 270 Hybrid Gets a Much Needed Update, and Price Cut
Next
Gearbox CEO Teasing Potential Borderlands 3 Season 2 DLC
Previous
Sonic Double-Pack Coming Out on Nintendo Switch For Some Reason