The first thing I noticed with the EPOS GSX 300 Gaming External Sound Card from the joint venture of EPOS Audio and Sennheiser was its incredibly small size. I understand it’s “just” a sound card, but from everything this device promised it could provide its diminutive stature seemed almost unreasonable; could something so small really put out such a drastic change in audio quality? I can safely and emphatically say that every step of the way from unboxing to my umpteenth hour with my headset on has been an absolute delight.

Setup was just as easy – if not easier – than you might think: plug in the USB, a headset, and your PC pretty much handles the rest. The device has an additional port for those with a separate microphone cord but otherwise, its only physical features are the volume dial and the unassuming little button that rests alongside it. Going to the EPOS website you’ll find the simple instructions for downloading the EPOS Gaming Suite which will let you program the functions of the button or customize each of the presets to your exact specifications. At this point, the process seemed almost too easy and I questioned how well it would really work.

Upgrading Audio Into an Ode to Immersion

The presets include Flat, Music, Esports, and Movie. Each of these presets can be modified and adapted as well as easily swapping between the built in 2.0 and 7.1 surround sound features. An LED light surrounding the volume wheel will illuminate blue for the former and red for the latter for ease of reference. I also appreciate that cycling through the preset options presents a small delay and smooth transition from one to the next rather than offering a jarring jump into the next style. It’s a little touch, but one that makes all the difference. The EPOS GSX 300 also has customizable microphone settings for voice enhancement, gain, noise gate, and noise cancellation. I’ve never been a particularly skilled sound technician for finding the absolute ideal settings, but the options this external sound card features are easy to use for a novice and a dream for the more audio-inclined. 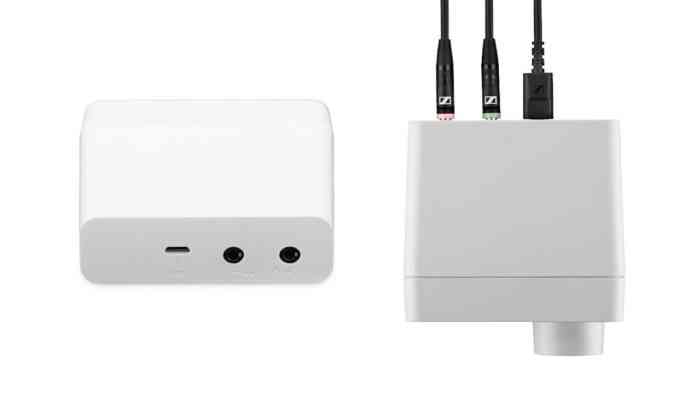 Each of the settings featured with the device are clear and distinct. At no point did I encounter static, fuzz, warbling, or distortion of any kind – even at higher volumes. In fact, I wanted to run the audio output through its paces and used my headset at full volume as speakers resting near my desk, and sure enough, the audio remained crystal clear throughout the room. I soon began listening to my usual setlist of songs on Spotify and realized I was picking up on new notes and deeper sounds I previously had missed. This magic little box that sits neatly tucked away on my desk has indeed managed to fulfill its promises and then some.

For what it can do, the EPOS GSX 300 Gaming External Sound Card from EPOS Audio and Sennheiser is an absolutely incredible device. For those who want to get a serious upgrade in their PC’s audio output but aren’t the most confident in opening up their PC to perform circuit surgery, this plug and play option is fantastic. It has been the easiest device I have ever set up and the sound quality elevates even a mediocre to average headset to one of top-notch quality. Sennheiser is known for its performance and this tiny little box holds up to the standards the company has earned. Easy to set up and simple to use for both novice PC users and experienced audio techs, I went into this device admittedly skeptical and came out of it blown away. I can’t imagine going back to using my PC’s audio port or plugging into a gamepad when I have something as stellar as this to let me fully experience gaming in the best way possible. 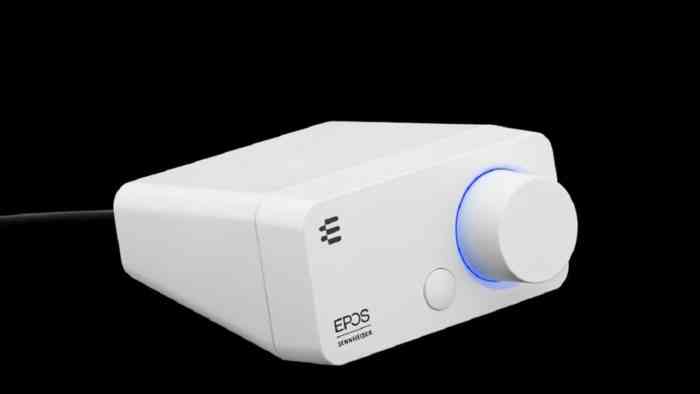 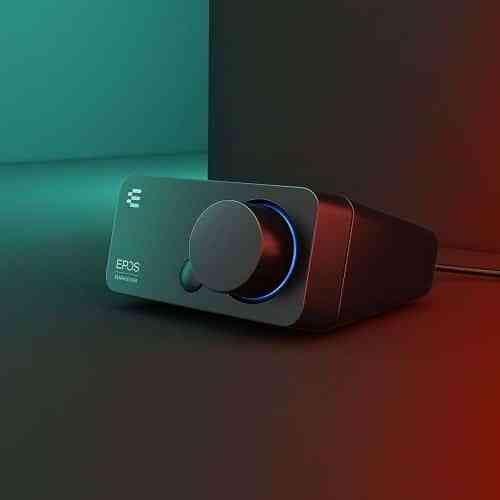 
EPOS’ GTW 270 Hybrid Gets a Much Needed Update, and Price Cut