Relicta is a first-person physics-based puzzle game that has all the elements to make it great. Thought-provoking puzzles, unique mechanics, beautiful art design, and an interesting story. Unfortunately, even with all these great foundations, Relicta feels profoundly mediocre. Everything about this game feels like it’s lacking a little bit of something—as if it is just one more draft from being a sure-fire recommendation. So, where did Relicta go wrong?

The best part about Relicta is its puzzles – I don’t think anyone that plays the game will argue that point. Besides some design issues with how it presents its puzzles and solutions (we’ll get to that later), tinkering with the mechanics is a genuinely good time. With ideas revolving around physics, Relicta will test your logical skills by utilizing gravity and magnetic push and pull mechanics.

However, rather than putting its best foot forward, Relicta instead chooses to put its story front and center of it all. In Relicta, you play as the expert physicist Angelica Patel on a terraformed moon station that was running some routine tests, until things go very wrong (as they do). The problem blooms and splinters, leading Patel down a rabbit hole of a dangerous conspiracy. So far, so good.

The game opens with a few cinematics and some walking-segments filled with exposition before we get to solve any sort of puzzle. Although this really isn’t the best way to open a gameplay-centered piece, I’m willing to go along with it. In a lot of ways, Relicta reminds me of the Valve classics, Half-Life 2, and Portal 2, as these titles try to mix storytelling with puzzle-solving. 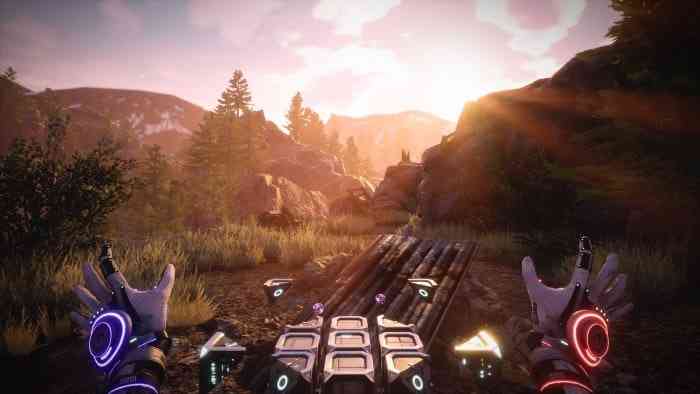 On top of the gameplay having nothing to do with the story, the story wants you to think the world of Relicta is realistic by presenting a grounded narrative. Going back to Valve, think about how Half-Life 2 presents the story with its very own physicist. Although the puzzles that Gordon finds are a bit convenient, the elements of debris and environments you use to solve your problems feel like realistic parts of the world. The puzzles in Relicta are incredibly abstract, to the point you constantly have to wonder, why the hell did people put these puzzles on a moonbase between all these stations? Just to make people’s lives harder? That’s right, the puzzles are just placed as-is with no blending of the environment of any kind.

To make the situation worse, in this supposed realistic world, there are unrealistic elements that prevent you from solving puzzles too easily, like invisible walls or the inability to crouch through large holes. I believe many of these things could have been fixed with better level design.

If Relicta had taken a Portal-like approach to its storytelling, it could have made a lot more sense. With Portal, since the puzzles in that game are abstract, they attached an abstract story to it. As such, the weird tests you were subjected to made sense. And of course, in both Half-Life and Portal, you explore the story through solving its puzzles, rather than them happening completely separately.

The hands-off approach to teaching in games is awesome. I appreciate when cleverly placed obstacles are used for players to learn the game on their own. In this aspect, Relicta does incredibly well. The game also has the confidence to test its players with difficult puzzles that may get them stuck from time to time. It’s not a good puzzle game if you don’t sit back and scratch your head once in a while. However, as it goes with everything in Relicta, it stumbles a bit in its attempt to be hands-off.

I think it goes without saying that the most engaging thing about puzzles is the process of finding the solution. If you see any great puzzle games (think back to Half-Life and Portal again), they absolutely nail this aspect of challenging the player without confusing them. I believe the magic lies in how they introduce different elements. When those games add new mechanics, they throw them at the player in the easiest example, isolated from everything else. Then, they slowly reintroduce other elements and have you now try the puzzles that have become one layer more complex 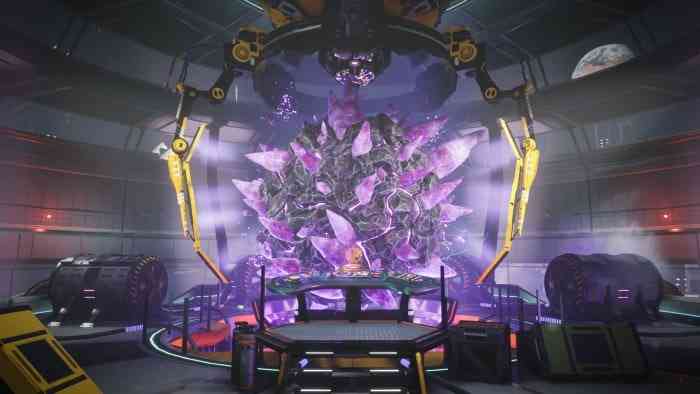 Relicta does not do this. Instead, they slap on new elements and just leave you to figure things out for yourself. No context-clues, no text, no dialogue, nothing. So instead of solving puzzles, you are trying to figure out what the developers are attempting to say to you by utilizing trial and error. This is made worse as almost all of Relicta’s puzzles have a problem of obscuring its end-conditions. So you end up spending just as much time figuring out what the question is as you do finding solutions.

As with all these things that Relicta almost gets right, every other aspect just falls short of its mark. The biggest of these minor issues is the fact that there are no FOV options in this game and the default is way too tight. I don’t usually suffer from FOV issues, but playing this game was making me slightly dizzy after a while. This is a pretty much universal option in all first-person games by now.

The story, even in a vacuum, is pretty lackluster. The characters have seeds to grow into something interesting, but currently, everyone feels like tropes and cliches just put in place to deliver exposition. Also, the dialogue just isn’t written well enough to sound realistic. Of course, the decent voice acting is then hindered by the bad script. 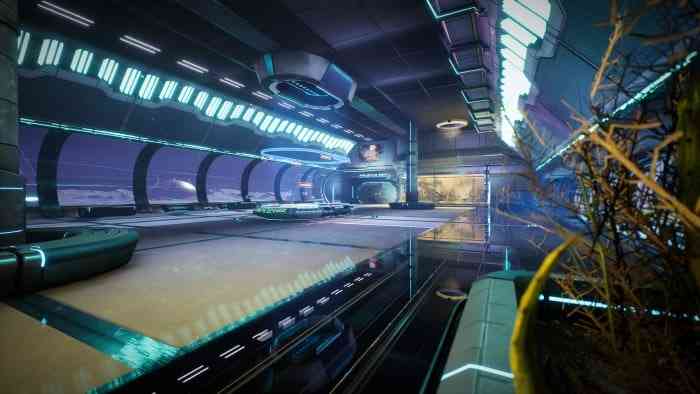 There are some impressive visuals in the environments and the hub areas, but these just serve as backgrounds to look at with no life to them. They do not affect the way you play nor are they used to introduce new game elements. Everything about Relicta feels like multiple separate projects crammed together with no communication between them.

And that’s especially unfortunate because Relicta does one thing wrong for every one thing right. I feel like if this game had one more overall draft to marry the story, script, puzzles, voice acting, and environments, it could have easily gotten a high 80 or more from me. As it currently stands, I can only recommend Relicta to the hardcore lovers of physics-based puzzles. 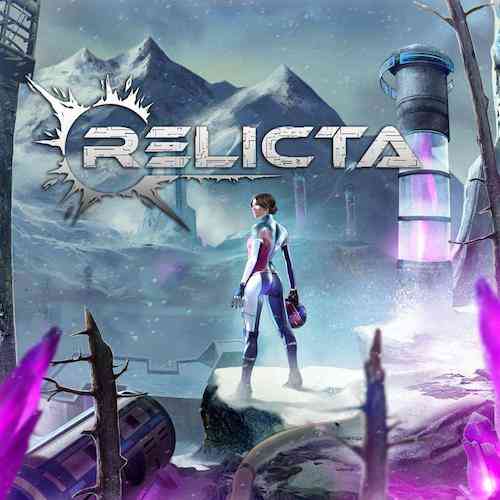