Dungeons 2 Review – Return of the All Slapping Hand

There is something satisfying about being able to control a giant hand, as you slap around ghoulish little snots to mine out and excavate the underground and achieve the ultimate lair. Having played and loved the original Dungeon Keeper game on PC and absolutely hating the mobile Dungeons game that was released a few years back, I felt very happy playing Dungeons 2 as it felt like a true remake to the original game and the best part of it? No micro transactions!

Having not even bothered to play the first Dungeons due to hearing negative reviews, it was clear that the reception was not good and it seemed like an easy choice to to just avoid it all together. However I am very glad I took on the review of the sequel and can happily confirm that Dungeons II is a faithful spiritual successor to the Dungeon Keeper series we’ve been waiting almost 15 years for.

The story is pretty simple, and it begins with the tale of the Ultimate Evil and his quest to take the fruits of the world into his hands. However his plans become nil as warriors seal him away only for him to revive. His goal is to build his underground army to once again, throw the over world into chaos. Take control of the mighty hand as you hire snots, orcs, goblins and other creatures to help you excavate for gold and mine out rooms for various uses.

“Dungeons II is a faithful spiritual successor to the Dungeon Keeper series we’ve been waiting almost 15 years for.”

Initially I played Dungeons 2 for hours on end and even though I did thoroughly enjoy my time playing it, once put down, I didn’t really want to play it again. I enjoyed the classic dungeon keeper elements, you know slapping around little snots to make them work faster, trying to figure out which squares of space I wanted mined out next and trying to carefully manage my population by having a good amount of orcs to goblins to snots and etc. The thing I didn’t quite enjoy was the Overworld. I liked the idea of the Ultimate Evil trying to get back to the surface, it was an idea that made this game not seem like a carbon copy of the original Dungeon Keeper, however I felt almost bored and if not a little frustrated by the RTS aspect of it.

Coming from someone who doesn’t play RTS games because I find a lot of them confusing, I found that it’s elements were very easy but they certainly border lined on boring. The basic strategy never seemed to deviate very far from amassing a swam of orcs, goblins, trolls or nagas in the dungeon to go above ground to attack the Alliance, which is easily accomplished by selecting the whole army and pressing the circle button to attack the needed party. It was nice to see the change in scenery as the bright green foliage and cute little animals quickly turned dark and barren. 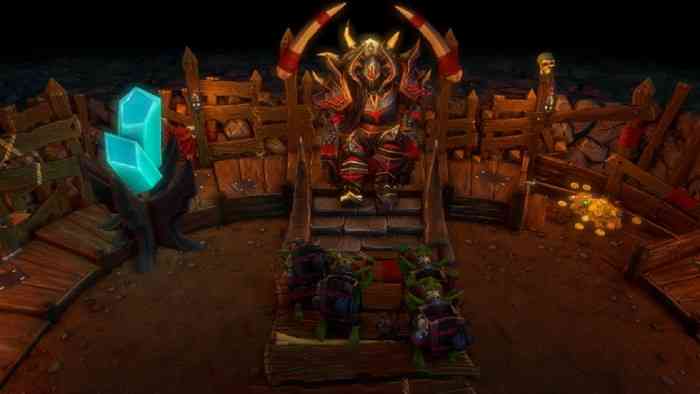 At the beginning the controls were quite easy to grasp, but once you start switching dungeons and go out into the Overworld, things begin to get a little confusing. I found that often times I would get confused and somewhat annoyed. To select multiple units above ground, simply hold the X button which will form a growing circle that will select the playable units you want to move. However below ground, you have to click each one separately to pick them up pressing square and then the circle button to drop the minion where you want. Sometimes though the minions will simply just walk back to their prior place and continue with what they were doing before.

“The dungeon aspect of the game is great and really sent me down memory lane even if the controls annoyed me a bit.”

The AI’s in the Dungeons 2 are fairly basic. Every so often when you’re in the dungeons, you will find yourself being charged by knights. So far, I haven’t had any problems with these guys, and usually two orcs can take down a little group of them. To be honest I have more of a problem with my orcs refusing to fight and walking back to whatever they were doing before, even though I had dropped them right on top of the attacking team. I don’t really believe there is very much strategy behind the opposing AI’s systems, which makes your attack strategy quite easy to plan out.

A great feature to play with friends is the multi player mode which presents a variety of gameplay types. Each player will have their own dungeon but share a connected Overworld. Here you can duke it out with your friends in death matches, and king of the hill games as well as other game modes. You’ll also have the option to invade your rivals dungeons if you can find their portals but in doing so, your opponent will have full access to their spell book and be able to move their minions with their own disembodied finger. 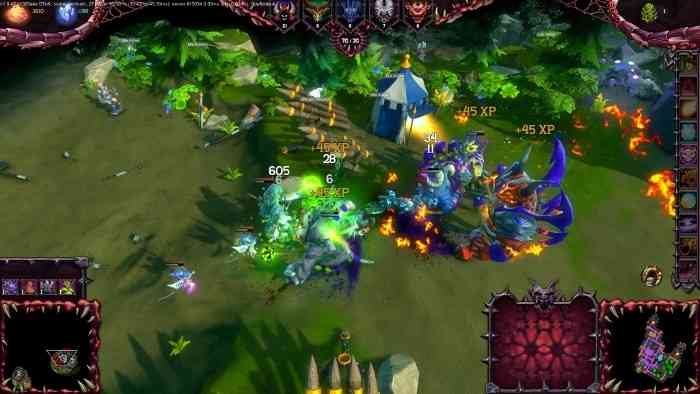 All in all, Dungeons 2 is an enjoyable venture. The dungeon aspect of the game is great and really sent me down memory lane even if the controls annoyed me a bit. The Overworld RTS style play could be polished up a bit to make it more engaging. The background music is done well, fighting comes along with some pretty nice visuals, and of course you can’t forget the amusing and slightly snarky narration of Kevan Brighting – even if he got a little irritating at times.