Things are about to heat up again for the fictional Caribbean domain of Tropico for the fifth and penultimate time. Kalypso Media publishing company is releasing the fifth iteration of this tongue-in cheek strategy game created by the Bulgarian based Haemimont Games company where you as El Presidente must walk a political tightrope and stay in power. Tropico 5: Penultimate Edition brings an evolutionary gameplay mechanic to your island – dynasties. The strategy equivalent of sports games career mode if you will. So not only must you plan and manage the current setting of your game (be it colonial or up to the 21st century) you must plan for your future legacy. If that is not enough, you must also contend with potential outside interference from superpowers too.

For fans of construction and resource management types of games, Tropico 5: Penultimate Edition has what you want, and more. On top of the aforementioned dynasty mode, this game has been rebuilt from the ground up with all new artwork and the addition of cooperative and multiplayer gaming of up to four players. You will not only be building and managing though, there are gameplay branches dealing with island exploration, research and technology options, as well as trade mechanics. So for all those closet dictators out there, there are many avenues available to you to flex your gameplay muscles!

“For fans of construction and resource management types of games, Tropico 5: Penultimate Edition has what you want, and more.”

Not all is truly bliss in this tropical paradise. There is a bit of tonal dissonance as the game skirts around dictatorship issues such as election fraud or killing citizens by taking a tongue-in-cheek approach to the darker side of creating and keeping control of an empire. This type of disconnect is not restricted to this type of game as anyone knows who has played any of the recent Tomb Raider games or any of the Uncharted games where the protagonist’s decent nature stands in stark contrast to their awkwardly high body counts. Still this is something disorientating when doing dirty deeds while Caribbean music plays gaily in the background invoking visions of palm tree sheltered hammocks and sipping on drinks with paper umbrellas.

The amount of game playing options is just what the doctor ordered for veteran Tropico players but for newbies, it is more than a little overwhelming. Fortunately, Tropico 5: Penultimate Edition has an excellent set of tutorials to acclimatize rookie power mongers with all the intricacies of the gameplay mechanics and byzantine menu system. Playing the game with a Xbox One controller is certainly possible but nowhere as free-flowing with a mouse and keyboard. Despite all the visual prompts for navigation, there is a learning curve that a controller elevates. Nowhere is this more felt than when simply moving around the island. The three/quarter view is fairly locked and I kept constantly bumping up against the limitations of how high or how close I could view objects. For instance, zooming out to see the entire island is not possible. 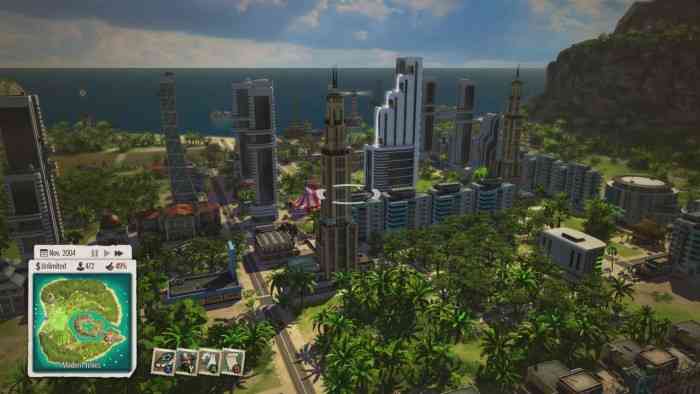 As with any game with depth though, if you are willing to put in the time, the rewards of Tropico 5 are ample. From designing the layout of your structures to monitoring, nurturing, or manipulating your people it’s all there for you to play. New players will be lost without the tutorials – in this age of digital downloads – a manual or some form of control/menu navigation card would be a wonderful boon.

Once you complete the tutorials, and depending on how ambitious you are, you can make the jump into the campaign mode and go for it all. If playing the long game does not interest you there are several other options available. You can go for the four mission modes that range from becoming a renowned supplier of product – in this case, cheese – as in the Big Cheese, get it? – to military to despot to business scenaris. If you want to have deeper control of your world there is a sandbox experience where you can name your dynasty, finesse the game difficulty settings, pick the era you wish to start in, and even decide what your island should look like. There are several available templates to choose from or you can build your own from scratch.

“Playing the game with a Xbox One controller is certainly possible but nowhere as free-flowing with a mouse and keyboard.”

Built into the core of the Tropico 5 game engine is the need to monitor and address political aspects that you need to be aware of: uprisings or rebel attacks or external forces that may cause you to lose favor with the people and be ousted. Some may find this aspect of the game annoying or distracting which makes the Sandbox mode a great option for such players. If your focus is more on straight world building you can tailor a game where the political machinations are turned down to minimal settings but you can never really get it away from it entirely.

Turning back to the dynasty concept – this is implemented with the introduction of eras – four in total starting in colonial times and moving through the world wars, the cold wars, and then current day. Fans of the series will notice this inclusion has its pluses and minuses. On the one hand, you get a sense of accomplishment building up a generational empire but in order to do that, the game requires you to fulfill a set of pre-defined requirements. This adds a hand holding aspect to Tropico 5 that was not present in the previous iterations. These requirements come in the form of quests which take away freedom of choice in how you design and build your city as they are specific. Whether or not you like this more defined, and limited approach, depends on your sensibilities. Some may welcome this while others will be put off by the inability to truly sandbox in a player directed manner.

Ideally a strategy game such as Tropico 5 would give the player the choice of either a game or player directed playing experience. Tropico 5: Penultimate Edition at first blush gives the player more but once you start playing it, you realize it has also taken away something a segment of its fan base enjoyed before – freedom to play the game they want. 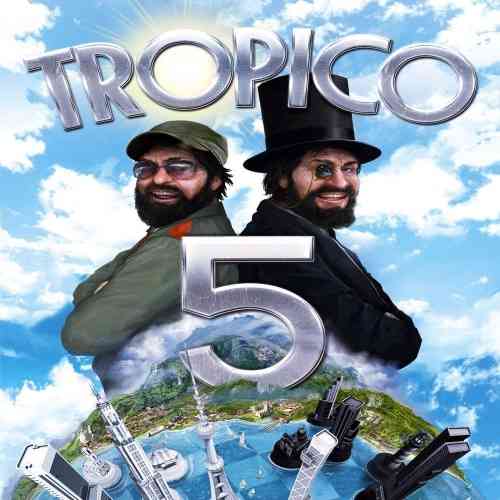 Destroy All Humans 2: Reprobed Shows off New Co-Op Trailer
Next Dungeons 2 Review – Return of the All Slapping Hand
Previous Not A Hero: Super Snazzy Edition Review – All Hail BunnyLord… Again