Shadow of the Beast Review

Shadow of the Beast had its start as an old Amiga title way back in the day, and admittedly, it’s a game that has not aged well and is also a bit polarizing. Some hold the old title incredibly close to their childhood, while others may be more critical. That also has rung true for the reboot, where I’ve seen impressions from others range from incredibly positive to incredibly negative. Fortunately, I fall under the former, and feel that this is one hell of a reboot. A high level of polish, excellent soundtrack, and simple yet visceral gameplay all blend together into a package you should consider checking out.

As mentioned, Shadow of the Beast first got its start as an old platforming title on the Commodore Amiga, later being seen on platforms like the SNES and SEGA Master System. It was popular enough to merit two sequels, and afterwards, the game faded into the annals of history, much like many popular, yet underrated titles of yore. The instance of the PS4 title can be seen as a reboot of sorts, as the game’s plot follows quite closely to the original. You play as Aarbron, a hellish looking creature who was formerly human. Through the twisted magic of Maletoth, you are forced to serve him until you manage to shake your bonds at the end of the first chapter, and from there, Aarbron’s loose to do what he knows best, murder the hell out of everything in his path. The combat in this title took a bit of getting used to, but it quickly grew on me. It opts for simple button presses that equate on-screen to innately choreographed moves that are enjoyable to watch.

“Enemies and levels are varied, and each location feels truly unique…”

The visuals play a huge part in why this game stands out so much to me. Aarbron will cross sweeping plains with collapsing towers and gates, massive caves crawling with insects, and bizarre forests dotted with hand-like trees that clasp open and shut. These are just a few of the opening areas, but as you take Aarbron across his journey, you’ll experience an impressive sense of scale, and it makes you feel like you are more than just some non-descript ass-kicker tearing his way through a planet. Enemies and levels are varied, and each location feels truly unique, allowing you to feel a real sense of adventure as you tear across the planet in your quest for revenge, and you are damn well equipped for that job. The combat in this game is definitely the strongest point, and its deceptive amount of depth will have you pulling off more than you’d expect from just a few button presses. 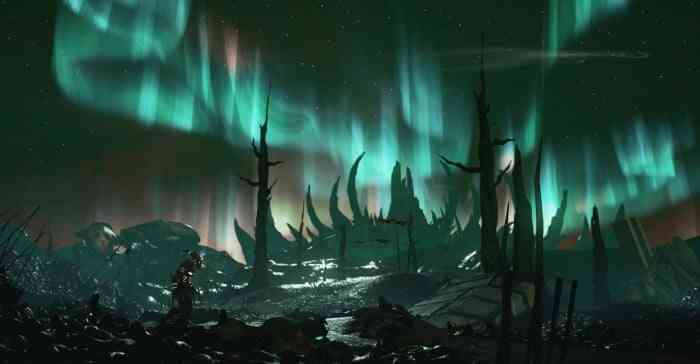 I’ll admit that seeing Aarbron execute such varied combinations left me hoping I’d get the chance to build upon the combat, but it largely stays the same. That’s by no means a knock against the title, as what’s in place is quite good, but to have even more depth would be a welcome treat, especially when the combat is so satisfying in the first place. Timing is a key factor in fights, and taking action at the right time makes the difference between a modest amount of points, and a “perfect” rating on each move, helping to build your score. There’s plenty of incentive to replay levels, between the inclusion of leaderboards, well-hidden secrets, and tons of extra content to unlock in between levels. Building your score is rewarding, and between well-timed executions and judicious use of ‘rage chains’, you can string up some impressive score totals that leave you feeling like a badass. It’s as intuitive as it is simple, and a lot of factors come into play. Distance from enemies and when you are pressing the buttons results in very different moves being displayed, and it’s a system you can sink more time into than you’d expect.

As much as the Shadow of the Beast shines with its combat, the platforming elements leave a bit to be desired. Aarbron follows the “ghouls and ghosts” model of platforming, and once he’s in motion, his momentum carries him forward until he either lands, or plummets into a pitfall. It takes a bit of getting used to, but it never really quite sticks, and it’d be nice to feel a bit more control over your actions, especially with how much control you have over your success in combat. Platforming isn’t the majority of the game though, and fortunately the meat of the game is spent ripping and tearing your way through hordes of all sorts of excellently designed creatures. Armored insect-people, bizarre cave dwelling troglodytes, various human warriors, and a number of bosses stand in the way of you and your goal, and it’s a blast to battle your way through each encounter. 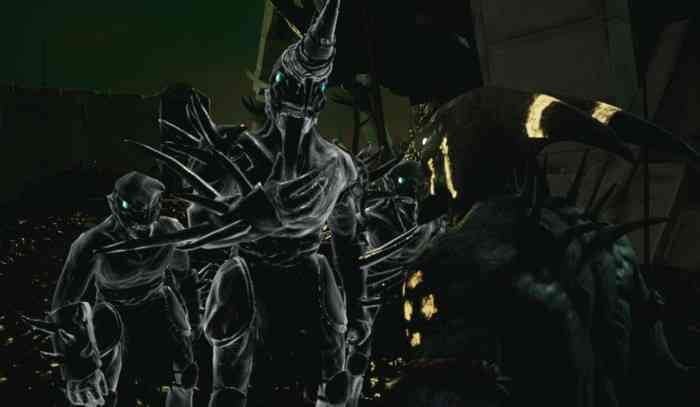 Interestingly enough, Heavy Spectrum included the entire original game, and you can unlock it almost immediately. It provides a very interesting way of comparing the two, and seeing how the game used to handle, and how well Heavy Spectrum incorporated modern ideas into this franchise feel like a breath of fresh air. This re-release of Shadow of the Beast really stands out as a good example of a reboot to a franchise, and hopefully, providing the game’s sales merit it, I’d more than welcome a sequel to this title. It’s brutal, highly replayable, and one slick combination of old and new ideas into a game that really feels unique, and those types of the titles leave more of an impression on me than any other. 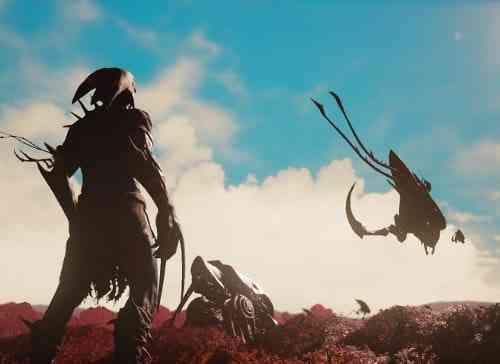 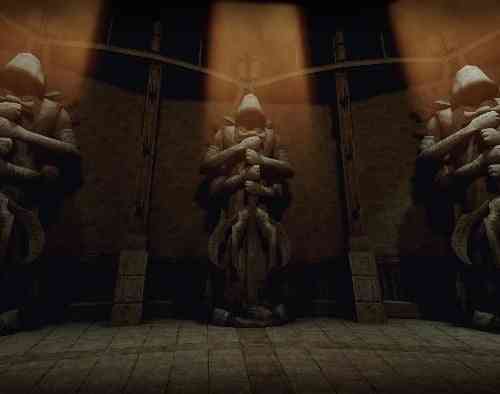 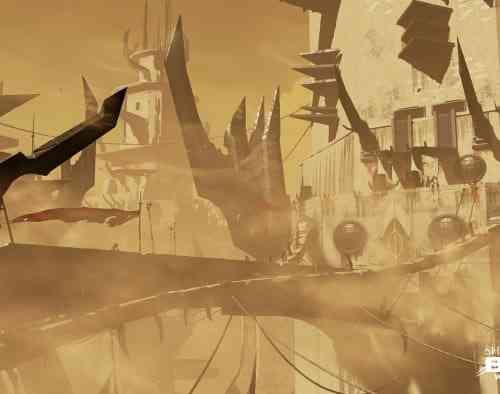 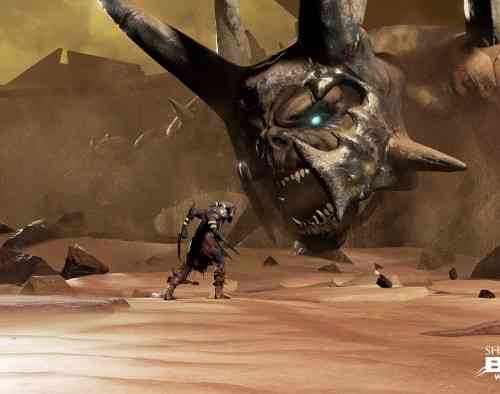 
PlayStation Will Be Hosting a State of Play Tomorrow

Bowser’s Fury is a Spicy and Fresh Blend of Previous Games
Next Disney Art Academy Review – Draw Your Favourite Disney Characters, It’s That Simple
Previous Dungeons 2 Review – Return of the All Slapping Hand