A Game of Thrones – A Dance With Dragons DLC Review

The Game of Thrones board game rocks. The PC adaptation is pretty solid! But we already talked about all that in our review of the base game. Today we are going to consider the Dance With Dragons DLC, which can be added to the base game for the price of $4.99. In order to fully assess the DLC though, we are going to have to take a broader look at the gargantuan franchise, and changes in the board game industry. You thought this was going to be simple? Nothing ever is in Westeros.

First let’s get the big questions out of the way. The Dance With Dragons DLC mimics the physical board game expansion of the same name. It mostly adds two new mechanics to the game. The first is a set of 42 new leader cards for each of the houses. The second is updated starting positions. The cards and the new start are both based on the later story. Where the base game places the balance of power similar to how it looks at the end of the first book, this new setup makes things look more like book four.

And all of that…is good! The new cards are very strong. They do an excellent job at capturing the plot and characters and lore of the story and expressing them through game mechanics. I love that sort of thing. Take Doran Martell for example. His card starts out with a very powerful defensive ability. But that is tied to how many other cards the player has in their hand. As more cards are played, Doran’s power shifts from defense to offense. Series fans will get this immediately! Doran is a master planner. As more time passes, he builds towards a powerful assault. That’s pretty clever.

The start position stuff is cool too. The houses are less balanced than they are in the base game, but this makes positioning more important. The Baratheons can field a lot of pieces on the board, but they are spread thin without a great way to hold territory. The Lannister lands are bountiful, but they are surrounded on all sides by enemies. That is really elegant design! Fantasy Flight Games (who designed the cardboard tabletop game) are masters at turning story into game rules. Every designer in the world should take some pointers from them. 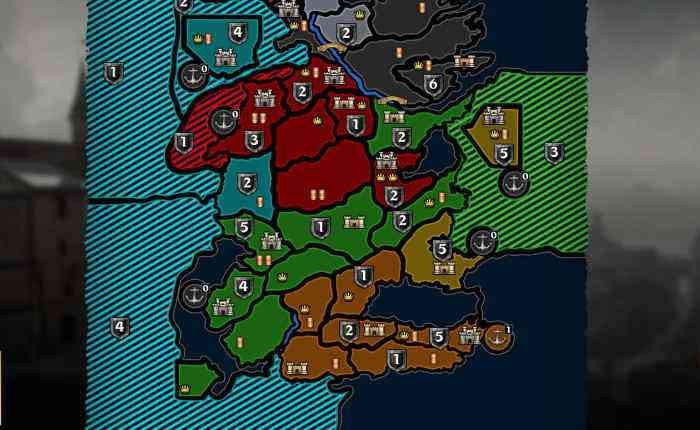 The original Fantasy Flight Game of Thrones board game was first published in 2003. I know because I bought it. My cousin and I pooled funds and bought it at a game store in Midtown Manhattan and played it a hundred times that summer. When the expansions were released, we bought those too. We especially enjoyed the Storm of Swords expansion, which included a new board that zoomed in on the Riverlands of Westeros, and had new pieces and mechanics to reflect that part of the conflict.

The Realm of the First Men

By the time Fantasy Flight was releasing the second edition of the Game of Thrones board game in 2011, the industry had changed a lot. Instead of a heavy box with an equally heavy price tag, game expansions became smaller and less expensive. That’s the origin of the Dance With Dragons expansion, which was offered for a third of the price of one of the older, heftier expansions. This all makes a lot of sense; there’s literally less paper, plastic, and cardboard. There are fewer new rules. It’s easy to justify charging less, and if it transforms the game, so much the better!

Here though, is when it gets into a tricky question of value. After all, the lower price point was a big part of the appeal of these sorts of expansions! And this is where I can’t offer you a definitive answer. I didn’t pay for this DLC; I was given a code by the developer to write this review. I like the new cards and the new starting position, but I don’t know if I would shell out five bucks for them. This is tricky territory. There are other strategy games that might have offered this sort of content as a free upgrade. Maybe it would feel better to buy a set of expansions as a sort of season pass. It’s the kind of questions that come up whenever you are dealing with a digital adaptation of a physical item. A board game expansion is fun to touch, to play with the pieces, right? 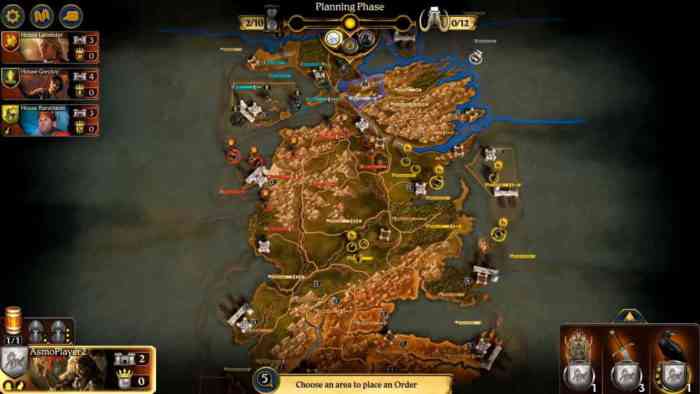 I also can’t help but think about ways in which the digital game restricts play. My cousin and I loved this board game so much, we created alternate starts of our own, to represent different parts of the books or the history of Westeros. That sort of custom play is not possible in the digital version as the setup is automated. I completely understand that this is two different mediums, but that’s why I’m so perplexed that the developers thought they had to package the DLC like the board game expansions. They could have offered a few of these small packs in one package deal, or created multiple start scenarios like I did with my cousin years ago. I get the feeling that they decided to make and sell this DLC because of the physical game expansions, and that reason doesn’t really compel me.

Such is the subjective nature of games criticism. I’ve spent $70 on a triple-A title that I spent a dozen hours on, and I’ve spent $10 on an indie title that I played for thousands of hours. I’ve also bought beautiful, immersive open world games, and wished that the developers had edited themselves down to something more manageable. My point is, it’s hard to determine the appropriate amount of bang for your buck and I did not have to spend any dollars here.

So is the Dance With Dragons DLC good? Yeah, absolutely! Does it reshape the game? Maybe, arguably, a little bit. Not much. Does it give you more ways to play an already fun game? You bet! But is it worth it? That I do not know my friend. All I know is that thing about winning or dying, and with this new DLC I’ve won quite a bit. 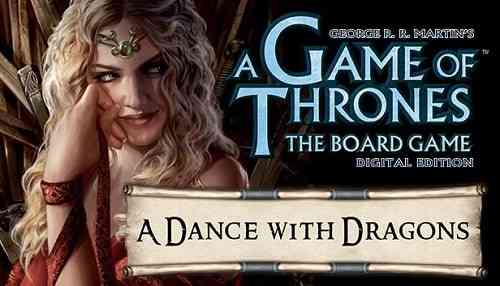 Gloomhaven Digital May Be the Best Way to Play Right Now