For a long time, I’ve believed that MLB The Show is the best sports franchise you can buy. No other game – arguably with the exception of the NBA 2K series – simulates the sport it’s trying to recreate better than The Show. I admit that it must be a lot easier to mimic the ebbs and flows of a sport that involves as much standing around as baseball does. But that’s a shallow excuse reserved for developers that are most guilty of releasing what feels like the same song and dance, year after year.

That’s not to say that Sony San Diego isn’t a perpetrator of that. Undoubtedly there have been iterations of The Show that have been tough to distinguish from the last. Here’s the thing though; the big advantage Sony San Diego has over its competition is that while Madden, NHL, and to a lesser extent Fifa, all need a ton of work to feel like the real thing, The Show has felt like a brilliant simulation of baseball for years. And The Show 21 (21) is no different. Baseball fans rejoice – on the field, this is the stuff legends are made of.

If you’ve played The Show before, you’re probably aware of just how much work goes into the hitting and pitching mechanics with each entry. It never ceases to amaze me how often Sony San Diego is able to set the bar when it comes to recreating real-life situations. The dynamic, realistic ways in how the ball cracks off the bat with perfect timing are immaculate. On the flip side, if you’re a few milliseconds off when taking a swing or delivering a pitch, you’ll feel it. If you get a bad jump in the infield or take the wrong route in the outfield, you’re going to pay for it. Baseball is a difficult sport that requires world-class reflexes, and 21 will remind you of that.

Don’t let that deter you, though – I mean it in the best way possible because there’s nothing more satisfying than learning a pitcher’s tendencies, adapting to his high heat and low-speed junk, and then crushing a 400-foot dinger to win a game. Or to methodically pick apart a roster’s offense with masterful pitching. Like other MLB games in the past, 21 is ready to deeply reward anybody willing to dig their cleats in and learn its ins and outs. And if that sounds intimidating, there’s a difficulty option that intelligently increases the AI’s ability as your own skills develop. 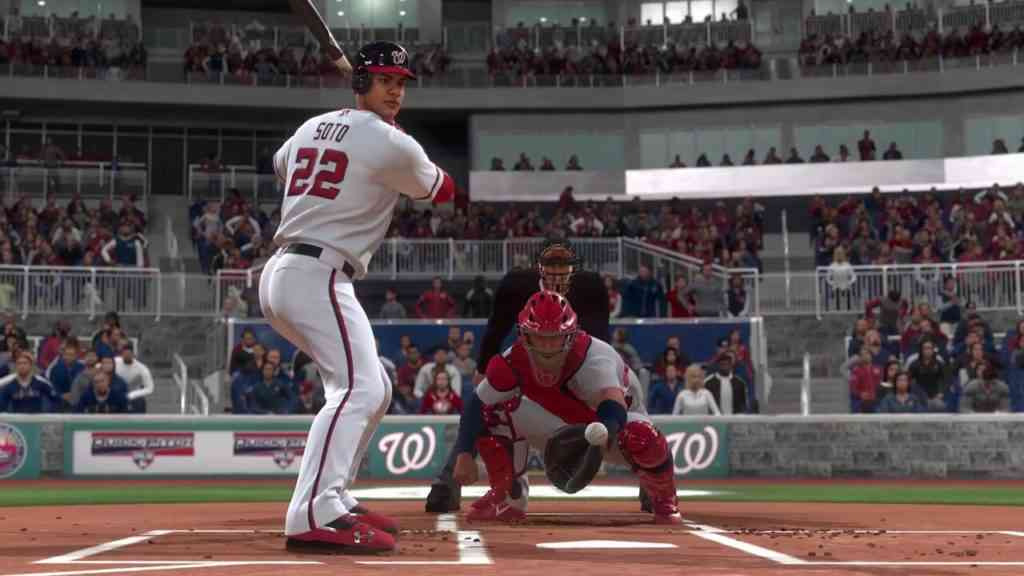 Off the field, you’ll have access to a deceptively deep pool of modes to dive into. Road to the Show, Diamond Dynasty, March to October, and Franchise all return, though now everything seems to center around Diamond Dynasty specifically. Nearly everything you do will contribute in some way to your diamond fantasy team, whether that be playing out classic moments, hitting career milestones, or going head-to-head with others online. The ones that love collecting cards and building an ultimate squad will be right at home here. It’s just too bad that these changes have seemed to come at the cost of other fan-favorite modes.

Put it on The Board

I can’t ignore that Road to the Show feels like a shell of its former self. It was only last year that we could create several different players, all with unique looks and play styles that helped split up the monotonous parts of a season. 21 breaks the mold by only allowing the player a single Road to the Show character.

More importantly, many of your attribute increases will come in the way of Diamond Dynasty player items. For the ones that never touch anything but Road to the Show, this has been a metaphorically pulled groin the likes of which they’ve never felt before. It’s completely immobilizing. Especially given that microtransactions are now the most efficient way to get the stuff you need. Unless you’re willing to spend the cash, expect to play dozens of hours in the minors before seeing your first major league pitch. It’s a bad look for a game that’s also launching on the Xbox for the first time in its 15-year history. We swear, Xbox folks, it wasn’t always this way. 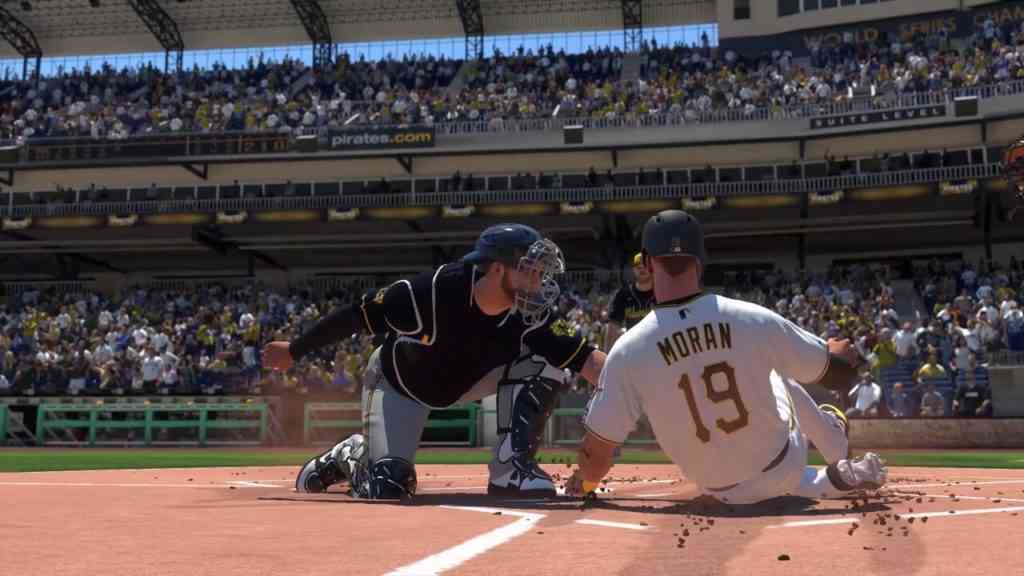 Being saddled with the PlayStation 4 edition of 21 has turned out to be much less of a concern than I thought it would be. I’m dying to get into the next-gen version, yet, Sony San Diego has proven the PS4 still has a bit left in the tank. The game looks great; however, audio and visual bugs do permeate the experience. Clipping, low-resolution backgrounds, and commentators using incorrect lines of dialogue are a few of the most distracting things. Still, all of this pales in comparison to the crippling server issues 21 is currently facing.

We have to assume that due not only to 21 releasing on Xbox for the first time but also on game pass(!), the servers have been hit harder than Pete Rose after he got caught gambling on baseball. The developers have stated they’re working on a fix, and I expect them to be fully functional sooner than later – but the studio behind 21 has also been notoriously slow with rolling out updates in the past. It’s a strange feeling in that the core of what makes this franchise so good remains intact, while much of what surrounds it feels like it’s starting to crumble.

With that being said, this is still the best baseball game in years. Period.

Take me out to the ball game and leave me in the nosebleeds. I’m never coming back. MLB The Show 21 is a tremendous homage to a sport so many love. I know the Road to the Show regression will drive people crazy, and the bugs do continue to somewhat hinder my enjoyment. But this is all fixable stuff. What lies underneath is a beautiful simulation of baseball. Isn’t that what we came for? 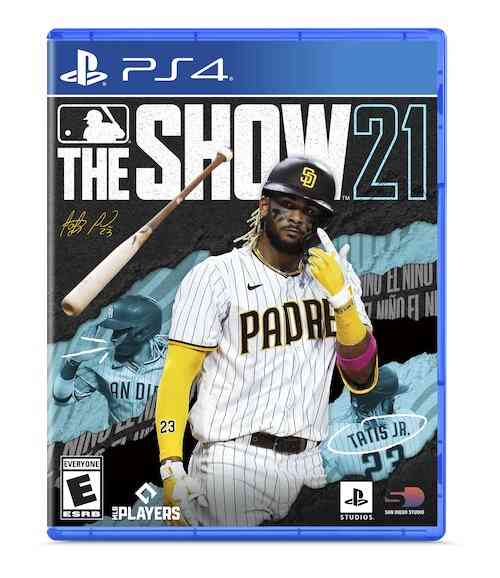